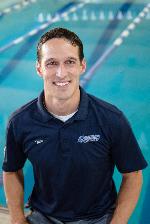 Tom brings a wealth of experience from 15+ years of coaching beginning in his hometown of Indianapolis, IN and at Ball State University where he swam collegiately. He has coached swimmers to the Florida high school state championships, state, regional and national levels. Before coming to the Lakota Stingrays, Tom coached in South Florida and Michigan. With such a broad breadth of experiences, Tom coaches the entire swimmer with the hopes of instilling excellent work ethic, dedication, respect, and responsibility through the challenges and successes exprienced through the sport of swimming. Our swimmers are members of a broader community where they are encouraged to take part and become embassadors for our YMCA and the sport of swimming.

Aside from coaching, Tom is also an active member United States Masters Swimming. When not coaching a practice, Tom is usually seen swimming his own workout or spending a weekend competing in a local masters swim meet. Tom holds several Ohio LMSC records in his age group and has numerous national top-10 performances. Coach Tom is level 3 educated life-long member of the American Swimming Coaches Association. Coach Tom also serves on the board of the Tri-County Swim League and the Southwest Ohio YMCA Swim League.

Tom is married to Heidi Cuticchia and has two very cute dogs, Erebus and Bentley. 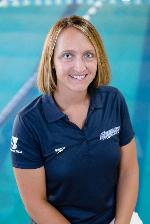 Coach Miriam is in her eighth year coaching with the Stingrays as the Intermediate groups coach. She's been around the Cincinnati swimming area for over 15 years. Currently, she serves as an executive board member of the Southwest Ohio YMCA Swim League and Tri-County Swim League.

Coach Taylor is a recent graduate of Miami University in Elementary Education. She is in her third year as the Junior groups lead coach where she has had numerous swimmers qualify for the AA Championships and the Ohio Swimming Junior Olympics. During the day, Taylor is a third grade teacher in the Sycamore School District.