Coach Andrew returns for his 15th season on the Deer Brook staff.  He is a graduate of The College of New Jersey (TCNJ) and received a graduate degree from Temple University.  He was a captain, record-holder, and Academic/Athletic All-American as a member of TCNJ’s Swim Team.  Andrew has previously served as a long-standing coach with the South Jersey Aquatic Club (SJAC). Additionally, he has been an Assistant Coach at Haddonfield Memorial High School, Sacred Heart High School, and Franklin & Marshall College, and TCNJ.  He has served on the staffs of Total Performance and Nike Swim Camps.  Andrew is a member of The American Swim Coaches Association (ASCA) and is Level 3 certified.  He is  currently a 7th grade Math teacher in the Gloucester Township School District.  When not teaching or coaching, Andrew enjoys spending time with his wife, Flo, and sons, Nicolas, Lucas, & Oliver.

This is Meghan’s 14th season coaching for the Bluefish.  Meg graduated from Ohio Wesleyan University in 2009 with a degree in Elementary Education.  She swam on the Ohio Wesleyan University Women’s Swim Team, was named Co-Captain of the Swim Team her senior year, and was named in the Top 50 Scholar Athletes for OWU.  Meg swam for Deer Brook for 12 years, Shawnee High School, where she was Co-Captain, and for Jersey Wahoos for 9 years.  She is currently a 3rd grade teacher at Jaggard Elementary School in Marlton.  Meg is thrilled to be back with her Deer Brook family for another memorable summer! 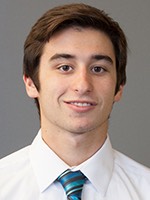 Jacob Fleisher will be starting his second year swimming at Middlebury College. Jacob will continue his studies as an economics major in the fall. In his first year, he was a finalist at the NESCAC Conference Championship. Jacob swam as a Bluefish for 14 years. He also swam and was named captain of both Shawnee High School and the Jersey Wahoos. He is looking forward to spending his mornings with such a great team this summer.

Laura has been a Deer Brook bluefish for 15 years. In high school, Laura swam for the Shawnee Girls Swim team. As a senior, she was captain of the team. In the fall, she will be attending Swarthmore College. Laura can't wait to share great times with the team during her last summer as a bluefish and couldn't be more excited to return for her second year of coaching. 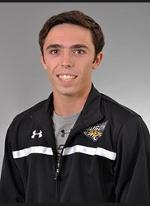 Head Dive Coach Jake Casey has been diving for 5 years and will be starting his third year diving division one representing Towson University.  He will be starting his junior year majoring in Biology with a focus in cellular and molecular biology. Jake loves hanging out with friends, playing videogames, listening to music, and being outdoors.