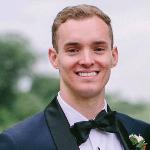 I started my swim career at Virginia Run when I was five years old. Since then, I have broken many relay and individual records, and have qualified for the NVSL All Stars several times, both individually and on relays. I won first place at All Stars in the 8&U 25m breaststroke and have received the High Point Award and Coach's Award.

Besides swimming on Virginia Run, I swam year-round on The Riptide Swim Team where I was fortunate enough to swim in individual championships and break several team records. I also swam on the Westfield High School Swim Team where I was a four-year varsity letterman, qualified for the State Championship, and broke a school record. Outside of the pool, I was part of the Marching Bulldogs at Westfield where I was able to march in the Tournament of Roses Parade in Pasadena, California.

I am currently a student at George Mason University where I am majoring in Art and Visual Technology with a Concentration in Graphic Design. I am also part of the Green Machine pep band and Club Swimming, where I am the President of the team and have qualified for the Collegiate Club Swimming National Championships every year.

I have thoroughly enjoyed coaching at Virginia Run for the last six years as a Junior, Senior, Assistant, and Head Coach and am so excited to return this summer for my second year as Head Coach for the 30th season! 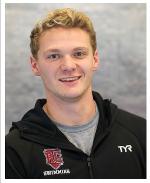 I am super excited to be back and involved with the Virginia Run Riptide!

I swam with the Virginia Run Riptide from ages six to eighteen years old. I swam all four years of high school on the varsity swim team at Wakefield School, where I was  team captain and 3 time team MVP. I also received the Wakefield School Athletic Director’s Award for Excellence and Honor for my swimming performance.

Throughout my college years I was a 4 year member and team captain of the Roanoke College Mens Swim Team.  I have been named 1st Team All Conference and team MVP as well as ODAC champion in the 50 freestyle and multiple relays. At Roanoke, I am a senior, preparing for graduation, majoring in Health and Exercise Science.

I have very high hopes for the summer swim season. Lets Go Riptide!