Coaching Staff and Board of Directors

Coach Ward comes to us with over five years of coaching and ten years of teaching experience. He is currently a special education teacher in the Baltimore County Public Schools and lives in Hanover, PA. Nick was an assistant coach for the Gettysburg Sharks, a YWCA team, and has also coached a variety of other sports at many different age and ability levels.  Nick has many years of swimming experience including at the collegiate level.  He swam at Penn State Altoona on the Division III NCAA team and then at Penn State University at the club level. Nick and his wife met while swimming at Penn State University and they have 4 children. 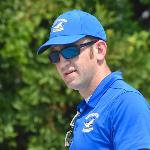 Alex Hanson has participated in swimming as a swimmer or coach every year since age 6, and this summer marks his return to the Stingrays after a long time away from his career swimming for them for 8 years. After he finished swimming with the Stingrays, he was the assistant and head coach for the team each for 2 years, taught group and private swim lessons during that time, and then moved to the Y where he has been an assistant coach for the CCY Piranhas since 2008. That means this summer is Alex's 5th summer coaching the Stingrays after a long hiatus. With a day job being a software engineer for a technology consulting firm, Alex is looking forward to being outside again this summer and rejoining the fun that is summer swim team.

"Wendy Schneider has been a member of the Stingrays swim team since age 8, and has worked in the lesson program for four summers. Wendy has also swam for the CCY Piranhas. She studies Health Policy and Administration at Penn State University, where she swims on the Penn State Club Swim team. This will be Wendy's first year on the team as an Assistant Coach, and she is excited for the new opportunities involved."

Hello, my name is Michael Brant and I am the new assistant coach for the 2019 summer season! I have been a swim coach in the (Suburban Swim League) in Delaware for the past 7 years, starting as a volunteer, and working my way up to assistant the past 5 years. I have coached for the Westminster Dolphins and North Star Swim Club. At both Westminster and North Star I managed groups ranging from 15-30 kids per sessions and helped swimmers break individual team records, qualify and place at the Suburban Swim League Championships, and helped North Star achieve the 3rd best record in the league.  I have coached swimmers from the ages of 4-18 with every ability you can think of. I am proud to say I am a “swim nerd” as I spend most of my free time watching swimming videos on technique, workouts, and news regarding anything swimming related. I have been a swimmer for the past 18 years of my life as I finished my last collegiate season as the McDaniel men’s senior team captain. In my free time you can catch me doing CrossFit, swimming, or running through Westminster as I train for triathlons and 5Ks/ half marathons this summer. Don’t be afraid to come say hi to me if you see me around town! I am serious about helping swimmers achieve their goals and becoming the best swimmers they can be every day, but also have a lot of fun while doing it. I hope to make a lot of great memories this summer and to make every swimmer have a fun and rewarding time as a stingray! 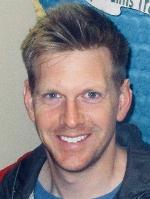 Andy Sur has more than a decade of coaching experience. He is the former Head Coach of the Four Seasons Stingrays summer swim team in Bloomington, Illinois, where he started his swimming career. He also ran a winter swimming program for the same club for six seasons. During this time, he taught private lessons and established a popular youth stroke clinic at Illinois Wesleyan University (IWU) to provide specialized instruction to swimmers of all ages.
Andy swam for IWU for four years where he specialized in distance freestyle, backstroke, and 400 IM events. He was captain of the men’s team his senior year and received MVP honors his freshman year. He served as an assistant coach for IWU after graduating.
Andy coached the Howard County YMCA winter swim team for one season after he moved to Maryland for a job with the Department of Defense.
Andy’s seven-year-old daughter Rita will be starting her third season with the Stingrays. His five-year-old son Hank will be a mini-Stingray this year.
Andy is excited to share his lifelong love of swimming with another team of Stingrays, the Westminster Stingrays!