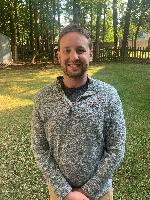 Coach Nick Wargo is excited to return to coaching the FoxCreek Marlins for the 2019 season. Last season, Coach Wargo helped the Marlins repeat as the Chesterfield Aquatic League Division A champions, winning by a comfortable margin of 183 points over the next closest team. In addition, the Marlins clinched the "Most Improved Team" trophy for the 2018 season, awarded to the swim team whose swimmers have the highest average improvement from their seed times at the championship meet. Out of 160 swimmers, 116 swimmers (73% of the team) achieved a qualifying time in at least one individual event for CAL champs.

During Coach Wargo's first year with the Marlins swim team in 2017, he led them to their first ever CAL Division A Championship Trophy, winning the league's top division with a total of 453 points, 15.5 points ahead of heavily-favored Chester. In addition, the Marlins team saw a then-record of 103 swimmers (roughly 67% of the team) achieve a championship qualifying time, with a team record of 88 swimmers representing FoxCreek at the league championship meet.

Coach Wargo serves as the head coach for the Matoaca High School varsity swim team. In his two seasons as head coach for the Warriors, he has led them to a 8-2 record on the men's side with four state qualifying times and a 5-5 record on the women's side with three state qualifying times. In particular, Coach Wargo helped guide the men's team to a 4th place finish in the VHSL 5B Regional meet, toppling some larger, more talented, and more experienced schools including Atlee High School, Glen Allen High School, and Lee-Davis High School. Consistently, Matoaca High School has been ranked towards the top of the Chesterfield County high school swim teams, and is considered one of the fastest growing high school teams in the area.

Coach Wargo's coaching background expands back to 2013, when he took over the Zelienople Area Swim Club Stingrays (Zelienople, PA) summer swim team, where he held a career record 20-8 over four seasons. In 2015, Coach Wargo led the Stingrays to a program-high 2nd place finish at the League Championship Meet, and in 2016 he led the team to its first undefeated season in program history. Coach Wargo had expanded the size of the program to over 100 athletes, with new swimmers seeing on average a 5 second drop per 50. Coach Wargo has also coached at the year-round level, serving as a developmental age group coach for the Seneca Valley Swim Club (Harmony, PA) from February to August of 2016.

Coach Wargo graduated from Grove City College (Grove City, PA) in 2016 with a bachelor’s in Mathematics and Secondary Education. While at Grove City, he was a member of the Wolverine Swim Team, lettering all four seasons and helping lead them to a conference title in 2014. In addition to a lengthy swimming background, Coach Wargo currently works as a mathematics teacher at Matoaca High School and is excited to marry his fiance, Michelle, in August 2019.

Coach Wargo believes that the keys to success in swimming include proper technique, working hard, doing the little things right, and enjoying every chance you get in the water. He hopes to teach his swimmers the same principles this coming season in hopes that his young athletes grow to love the sport as he does. 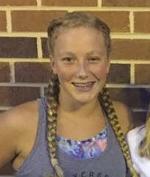