Coach Michael grew up in Glendora and trained at Industry Hills Aquatics Club, before being recruited to UC Berkeley’s Swim Team (#1 NCAA) as the second fastest distance recruit in the country. (From 2004-2008) At CAL, his senior year he captained the team that went 11-1 to finish second in the Pac-10 and helped recruit the team that later became back-to-back National Champions.

His swim experience consists of many USA Swimming Nationals, a NCAA Championship, and Olympic Trials; Coach Michael brings knowledge in the sport from the highest level. At the highest level of his success he was ranked 55th in the world for his 1500m Free in 2006.

After 2008 Olympic Trials he retired from the sport of swimming to become a part of Team USA’s Olympic Development team for triathlon. While training, he coached directly under CAL Head Coach Dave Durden as the Grad Assistant Coach during the 2008-2009 season. Competing for tri's brought him back down to Southern California to start coaching with Jan Lopez and MAX.

He is very enthusiastic to bring his knowledge of the sport and continue to grow the MAX Aquatics family!

Coach Michael can always be found body surfing some waves at the beach. 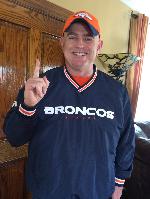 Coach Brown brings over 38 years of coaching experience, coaching College, High School, Club teams, and Masters. As a four year scholarship Varsity athlete at Cal State Northridge, he received a Bachelors of Science in Kinesiology, and was an accomplished Swimmer competing in Backstroke and Butterfly for the Matadors were CSUN won the NCAA Division 2 national title three out of four years.

Coach Brown enjoys giving back and helping his swimmers reach their full potential as an athlete and a person. He feels that the journey is what all swimmers will remember and take with them for a life time. 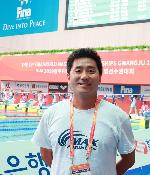 After more than 25 years in the sports of swimming, I know what it takes to swim at the highest level. I stand by MAX Aquatics because it is committed to developing the next generation of swimmers.
Under the influence of my father who was an open water swimmer, I learned swimming at early age and started swimming competitively at age 5 for Shanghai Sports Club at YMCA Headquarters.  In the 1980s, after capturing titles at the China Junior National Championships, I was recruited to the state team and competed professionally at national and international levels as part of the rising power of Chinese swimming in 90s. After the 1996 Olympic Trials, I retired from competitive swimming, and took a project manager role for Shanghai Administration of Sports in biding the Olympic Game. I was fortunate enough to have the opportunities be part of various high level sports events and projects, and started the first swimming team for the City of Shanghai Pudong. As the Executive Director and head coach, I recruited and trained both coaches and swimmers. While pursuing new career opportunities at financial industry on Wall Street, I taught swimming at local YMCA helping kids with special needs.  Later, I have been volunteering at Southern California Swimming as an official, and started training for US Masters Swimming when my kids followed my steps and became swimmers.

For me, coaching is more about participation and giving back to the local community. Swimming is a mental sport, I aim to develop strong, disciplined swimmers who have a passion for the sport. As an educator, I believe in developing creative training methods that complement each individual swimmer and encourages them to pursue their personal goals. For all of us who love this sports, it is important that we develop the next generation. My swim philosophy is always do your best and have fun!

My name is Steven Paing. I live in Arcadia, CA. I’ve been swimming since I was 3 years old. I’ve only swam in 2 different teams in the US, Arcadia Riptides Swim Club and MAX aquatics. Now that highschool swimming is done, my desire to nurture a newer generation of swimmers has led me to search for the job of a coach. My goal as a coach is to improve an individual athlete’s technique. Suffering from burnout in the past, I want to prevent future kids from feeling the same way I did.  I’ve had experience with a variety of coaches that taught me different values in the sport and I want to pass on my knowledge to the younger swimmers. 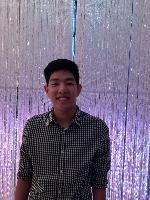 Coach Ryan grew up in Arcadia and started swimming at 6 years old. He briefly swam for the Arcadia Riptides before joining Rose Bowl Aquatics for 10 years. In college he swam for Pasadena City College team for one year.
While growing up Ryan was surrounded by swimming and coaching alike, both his parents swam and coached. Drawing from this Ryan started to help his parents with their lessons before coaching swim camps during the summers.
He primarily swam breaststroke and IM, getting nationals in the 200 breaststroke and junior nationals in the 100 breaststroke and 200 and 400 IM.

Coach Tenny started swimming at the age of 6 to try to overcome his fear of getting his face wet when showering. From an early age, his passion for competing and improving reeled him into the sport. Tenny went on to swim for 14 years, up until his freshman year at UC San Diego.

He has had experiences on many teams, such as El Monte Sharks and Rose Bowl Aquatics. His best events are the 100 back and 100 free however, his favorite events are the 50 free,100 butterfly, and the 100 breaststroke.

My name is Andrew Tran and I started swimming when I was 8 years old. I started at Arcadia Riptides before moving to MAX Aquatics. During high school my favorite events were the 50 and 100 freestyle.
Growing up with a family full of swimmers I was happy to take away tips and tricks from my siblings. I am excited to help swimmers discover a passion for swimming just like my family did for me. I have had a lot of coaches in the past and I hope to pass down all that I've learned to new swimmers interested in the sport.