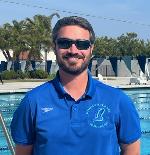 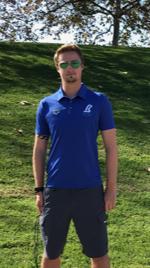 Coach Stewart is a resident of Ventura, California. He began swimming for Buenaventura swim club when he was 12. He went to Ventura high school and set records on the VHS swim team. Stewart went on to compete in the 2016 Olympic Trials for the 100 meter butterfly and finished 41st in the Nation! He went to college and swam for University of the Pacific in Stockton, where he was also a volunteer assistant coach for a year. During the summer he guards the Ventura beaches as a California State Parks Lifeguard.

VVv C Coach Betsy  has  been a member of the community since 1969. She was a competitive swimmer in her younger years, a lifeguard and a swim instructor/coach since 1993. She has been an invaluable coach with Buenaventura Swim Club since 2008. Betsy is a full-time Physical Education instructor at  . She holds a clear credential in Physical Education K-12. Betsy has a BA Degree in Kinesiology from CSU Northridge, and a Masters Degree in Education from . She also has education in athletic training. Coach Betsy loves swimming and gets a charge out of seeing kids excel in the water.

Sport has been and continues to be a way of life for me. In my early days I found success in a variety of sports, including, swimming, water polo, basketball, track and field, soccer, volleyball and Triathlons. The rewards of sport opened many doors; a swimming scholarship to the University of Utah, NCAA D1 All America honors, international travel and competition, assistant men’s NCAA D1 swimming coach, a degree in coaching lifetime sports, and later a water related career.

From age 16, I was a seasonal Ocean Lifeguard for Ventura County. After college I returned to my roots and began coaching Channel Islands Aquatics and Oxnard High School boys and girls swimming. Soon I was off to Catalina Island working for Los Angeles County Fire Department as a Paramedic Lifeguard in Avalon and the Isthmus.  I later was promoted to Rescue Boat Captain Paramedic and recently finished out my career of 39 years of service.

I returned to competitive sport in my late 40’s by taking up open ocean paddling and traveled with the US Team to Fiji and Australia where I finished top in my division. Also completed a couple Catalina Classic 32 mile paddleboard races with high finishes.

In 2009 I sustained a traumatic brain injury while surfing in Mexico and was asked by my wife to find something less life threatening to participate in. That’s when I joined VCM and began the road back to competitive swimming. Now full circle, I returned one year ago to the deck and coaching.  I feel honored to be apart of this team and to work with such dedicated adult athletes.   Your daily commitment to pre-dawn workouts is inspirational and I’m proud to be a part of the team.