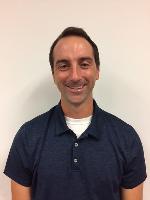 Coach Trevor began coaching summer league practices for Arrowhead Country Club following 14 years of competition for the alligators. After graduating from the University of Redlands he became the graduate assistant for 2 years for the Bulldogs. After his 2 years as an assistant he then took over as head coach of the Bulldogs for the next 5 years. During that time he coached 4 different NCAA DIII National Champions, over 60 All-American/All-American Honorable Mention NCAA DIII Swimsand guided the men’s team to the highest all time national ranking from top 20, to 9th, then 7th and ultimately 5th. After graduating college he was also able to coach 5 different Olympic Trials Qualifiers as a part of the Redlands High School and Redlands Swim Teams.

Trevor graduated from University of Redlands with a Bachelor’s degree in Biology and Chemistry. He then completed his Master’s degree in Education Curriculum and Instruction. He began teaching science in the Corona-Norco School District. He looks forward to bringing a college, club and high school coaching perspective to the team. 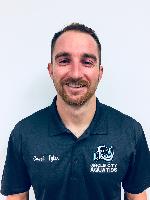 Coach Tyler started swimming when he was three years old and started coaching at age 16 at the summer league team he first learned to swim at. In high school he won three CIF titles in both swimming and water polo, and in his senior year qualified for the 2008 Olympic trials in the 100 freestyle. He graduated from the University of Redlands in 2012 with a biology degree. That same year he won the NCAA title in the 200 freestyle, and again qualified for Olympic trials in the 100 free and finished in the top 16 at the 2012 US Open.

Coach John began coaching while attending College, coaching for 2 seasons at Glendora High School. He also worked part-time as a Masters Coach during that period.  He went on to coach 3 seasons at Cal Baptist University, serving as Assistant Swim Coach. While at CBU he coached numerous NAIA All Americans, NAIA National Champions, NAIA National Record holders, and both the Male & Female Swimmers of the Year for the 2002 & 2003 NAIA National Championship. John served as Age Group Coach, Head Coach and Master Coach for Corona Swim team for 5 years. During that time he coached 6 JO swimmers, most of whom have never had another Coach.

Coach Josh has been involved with Swimming for most his life. He started swimming himself at a young age and went on to compete at the collegiate level at California Baptist University where he swam for two years and graduated with a BA in Visual Arts. Josh competed at the NAIA National Championships both of his years at CBU and helped them achieve Runner-up finishes both years. Josh strives as a coach to teach all the skills he has learned as an athlete himself over the years to the new upcoming generation of swimmers in the sport and help them become the best athletes they are capable of. 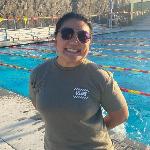 Coach Park started swimming in 2007 and joined CCAQ as a swimmer in 2013. In the summer of 2015, she was an instructor and a certified lifeguard for CCAQ's Learn-to-Swim program. During her high school years, she swam for Centennial High School's Varsity Swim Team for four years and became Team Captain her Junior and Senior years. Her specialty strokes are Backstroke and Freestyle. Now, she is going to California Baptist University as a Kinesiology major and American Sign Language (ASL) minor. She is very energetic, responsible, caring and great with kids! 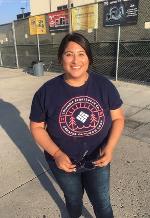 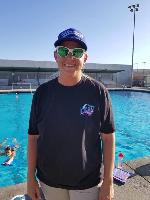 Coach Chelsea has been coaching for nearly 13 years and has coached all abilities from LTS to NCAA champions. Chelsea was Head Age Group Coach for Elite Aquatics for 5 and a half years, until she moved to Bakersfield to attend college. She went on to become Head Age Group Coach/ Recreational Director at Roadrunner Aquatics. While also coaching 2 seasons at Cal State University  Bakersfield, serving as an assistant Men's and Women's Coach. During Chelsea's time at Cal State Bakersfield she coached multiple NCAA Division 1 qualifiers and finalists.She developed age group swimmers in her 3 years from white times to far western qualifiers and finalists. Upon earning her Masters degree, she moved to Orange County to become Swim School Director at the Mission Viejo Nadadores. After a few months she also ran the Novice and Transition divisions as Director.  She remained with the Nadadores for nearly 4 years before joining CCAQ as a part of the coaching staff. 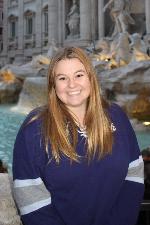 Coach Anna has been swimming since she could walk. Coming from a swimming family she has grown up with a love and a passion for the sport. At age 16 she became a certified CPR lifeguard and swim instructor for the City of Riverside and has been a private instructor since. Anna approaches coaching with a focus on technique, building the swimmer mentality and having fun.  We know she will bring a bredth of swimming knowledge and a great coaching approach to the pool deck. 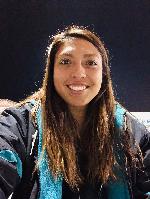 Coach  Ruby  started playing waterpolo and swimming her freshmen year at Corona High School where she instantly fell in love with the sport. There she played and swam on the varsity squad all four years while attending Xtreame waterpolo club practices at night. After graduating high school coach  Ruby  decided to further her education and athletic career at Chaffey community college. There she played and swam for two years while getting her associates in kinesiology and certification in Athletic Training. In 2014 she helped her team win conference for the first time in schools history! 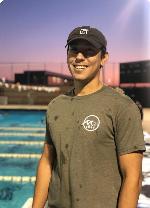 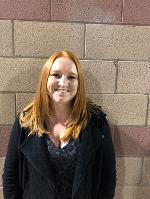 Coach Taylor “Cookie” has always loved the water. She started swimming competitively with CCAQ when she was 10 year old. Once she reached high school, she continued her swimming career as well as began playing water polo. During her 4 years at Centennial High School she was on the varsity teams for both swim and polo. While playing on the high school team, she attended Eastvale Water Polo club practices at nights. After graduating high school, she continued her education, as well as, her athletic career at Chaffey Community College. In 2014, she helped her water polo team win the championships for the first time in school’s history.

Cookie earned her AA in Social and Behavioral Sciences from Chaffey Community College in 2016, followed by earning her BA in Psychology from California Baptist University in 2018. Immediately after earning her BA, she began working towards her Master’s Degree in Counseling Psychology with a concentration as a Professional Clinical Counselor from California Baptist University which she completed in December of 2020.

She is currently working towards earning her clinical hours to fulfill the California requirements to become a Licensed Marriage and Family Therapist as well as a Licensed Professional Clinical Counselor.