Mike is a third generation competitive swimmer who has over 20 years of club and college coaching experience. Mike has worked with swimmers on every level of the sport, ranging from beginners to some of the best swimmers in the world. On the club level he has worked with multiple Olympians, World champions, NCAA champions, American Record Holders, Olympic Trial Finalists, Senior and Junior National champions. His age group swimmers have included multiple national top 16 athletes, age group champions, and New England record holders. On the college level he has worked with Olympians, NCAA Qualifiers, Ivy League team and individual champions and Big East Qualifiers. Mike is a multiple recipient of the American Swim Coaches Association Coach of the Year for New England Swimming and In 2016-17 Was voted the Coach of the year for South Carolina Swimming. He was also selected as an assistant coach to coach the US National Team Distance Select Camp. In his time at H2A swimmers have rewritten most of the teams record book. H2A has had multiple top ten team finishes at the South Carolina State Meet and the ESSZ Senior Sectionals. In the seven years Mike has coached there have been over 20 H2A  USA Swimming and NCSA Junior National Qualifiers and Finalists. In addition to 3 Senior National and US Open Qualifiers,

As a swimmer, Mike has over thirty years of competitive swimming experience. During that time he was a 16 time All-American and a 5 time national individual and relay champion in collegiate and masters swimming. In the summer of 2006 at the Fina Masters World Championships he took 3 individual top 5 places and 3 relay top three finishes including a World and American record breaking finish in the 200 medley relay. In recent years Mike started competing in triathlons and in 2009 and 2010 qualified for the Iron Man 70.3 World Championships in Clearwater Florida this past year placing in the top 30 in his age group and was a USAT All-American. In 2015 he Competed and finished the Ironman World Championships in Kona Hawaii and earned a 6th place finish in the swim portion for his age group earning him 2015 All World Athlete honors from Ironman,

Jonathan Johns began swimming for a YMCA program at the age of 4.  He moved on to swim for the North Baltimore Aquatic Club and Loyola Blakefield High School as he got older.  He was a participant in Maryland Zone teams and went to nationals.  His best swims were in long distance freestyle and in butterfly.  His best finish was 4th in nationals.  Injuries cut his career short his senior year of high school.  He started coaching 1988 in Maryland. and was the Assistant Head Coach of the 2006 and 2008 Maryland Zone Teams.  He was the assistant head coach at the Bel Air Aquatic Club in Maryland before moving to the area.  JJ likes to spend time with his family when he is not coaching.

We are very excited to have Heather as our Pre-team and Bronze primary coach as well as assisting all of the other groups in our program. She is a former high school All American from Nebraska and an NCAA All-American and Olympic Trials Qualifier from the University of Arizona. She has 14 years of coaching experience, most notably at Dynamo in Atlanta. She also bring her two children Skylar and Cohen who are members of H2A. 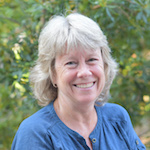