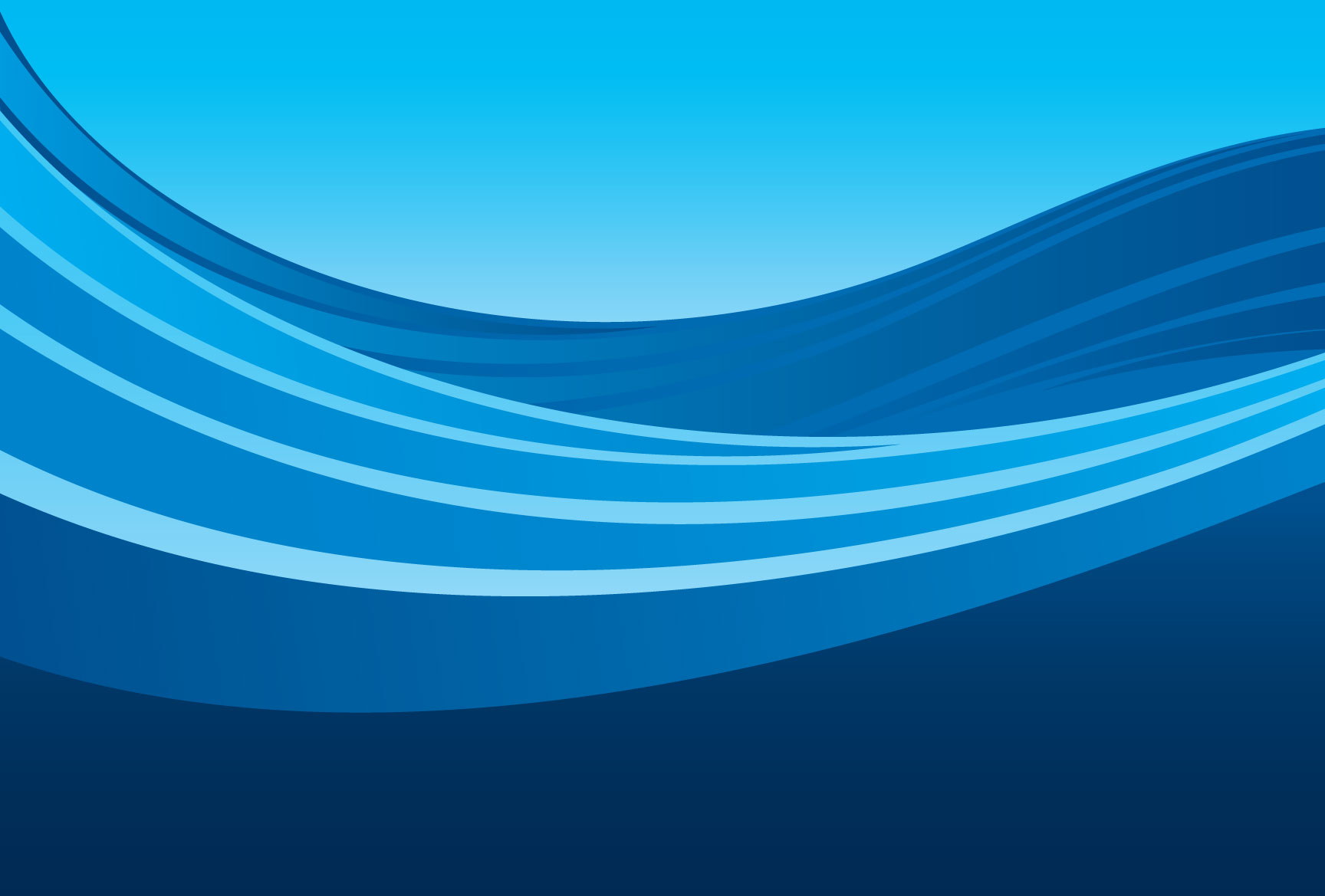 Jason Schwarz is an experienced USA Swimming coach producing multiple Junior National and YMCA National qualifiers at multiple programs throughout his coaching career.  Schwarz has vast experience in building swim programs from the ground level to prominent organizations.  Previous to taking the helm at LASC in 2008 Schwarz most recently was Co-Head Coach at Westside Aquatics and prior to that Head Coach at CCY (Crescenta-Canada YMCA).  At Westside Aquatics and CCY Schwarz coached many college recruited swimmers, national qualifiers and Junior Olympic athletes.  In addition to club coaching Schwarz has collegiate experience as the Head Coach at Los Angeles Trade Tech College from 2006-2008. Coach Schwarz swam for the national high school powerhouse The Bolles School and the USA swim team Bolles School Sharks. Following his All American high school career Schwarz went on to compete for the University of Florida. Some of Schwarz's swimming accomplishments include qualifying for the NCAA's Division I swimming championships, USA Swimming National Championships, leading the Florida Gators to the Southeastern Conference team and relay championships, qualifying for the 1996 Olympic Trials and representing the US internationally.  He has trained and been mentored by some of the world’s best swim coaches and swimmers: Olympic and National Team coaches Gregg Troy, Skip Foster, Chris Martin, Sean Schimmel and Eric Hanson, among others. He graduated from University of Florida as an All-American with Bachelor of Arts degree.  He is a member of American Swim Coaches Association, College Swim Coaches Association and US Swim School Association and is an accredited Swim Coach with USA Swimming.

David Wilson is an accomplished USA Swimming coach with over 12 years experience.  He has produced multiple Junior National qualifiers and finalists, including the 2019 Division 1 CIF champion in the 500 freestyle. He has worked with many high school athletes over the years that have gone on to swim for Great colleges such as Princeton, Brown, USC, UCSD, Emory and Washington University in St. Louis, to name a few. David has helped build club programs and keep swimmers excited and engaged in the sport for years. In addition to the Los Angeles Swim Club, David has coached for the Blast Sharks, Hancock Park Swim Club, Immaculate Heart High School, and Brentwood Middle School.  David came from a "Swimming family" and started the sport competitively at the age of 5.  By 10, he had captured over 20 Michigan USS and YMCA state championships, mainly in the breaststroke, freestyle, and individual medley events.  David still holds a Michigan State Record in the 10 and under 50 meter breaststroke, a record he has held since August, 1992.  He continued swimming through high school in Michigan, where he was an All- American and qualified for Junior Nationals in 5 events.  David finished his career as a competitive swimmer at USC where he was recruited, and swam with Olympian Erik Vendt, under command of Olympic coach Mark Schubert.  While discipline and success in the sport is very important, David also strives to be a good role model and positive influence to all of the young athletes he works with.

Another interesting fact about David:

David is also multi instrumentalist, a published songwriter, and music producer who owns his own music studio and has worked with, and produced, many musical artists. 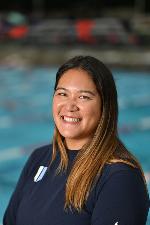 Jessica Chen is a Los Angeles born and raised native that has been swimming since she was eight years old. Growing up, she continually excelled in the sport by attending time-qualifying swim meets multiple times a year since the age of ten: Junior Olympics, Senior Q, Sectionals, and more - all with the Canyons Aquatics Club. During her high school years, Jessica was captain for her team, set multiple school records, won eight city titles in individual and relay events, and was named MVP all four years. She has been on the "Southern California Zones" team twice, helping lead the Southern California team to victory, and has been on multiple relay teams that competed in Nationals. Jessica continued her swimming with Pierce College, where she continued to lead the swim team by being named team captain, and continued to break multiple records in individual and relay events. She graduated from the University of Georgia in 2011 with a B.A. in Chinese Language & Literature, and a B.A. in Comparative Literature. Jessica has been educating young and old swimmers since she graduated high school, and has been coaching competitive swimming since 2012.

Corey is a life-long swimmer who started when he was 5 with his local summer league team, The Huntington Hills Froggers, and progressed to become an accomplished swimmer for his club team, Greater Columbus Swim Team of Ohio, as well as his high school team, Saint Charles Preparatory School, including earning All American Honors both his Junior and Senior years of high school. After swimming through the end of high school, Corey moved on to play water polo for the University of Michigan and was a member of the National Club Championships team in 2011. He graduated from the University of Michigan with an Honors Degree in Mathematics and German Language in 2014, and he earned his Masters Degree in Teaching from The USC Rossier School of Education in 2015. Corey began coaching as a volunteer assistant with Huntington Hills in the summer of 2007 and continued on to become the head coach of the team for 2011 and 2012. He has coached for many teams at a variety of levels, and he has been coaching with The Los Angeles Swim Club since August of 2014. Corey is also currently an 8th grade math teacher at Luther Burbank Middle School in Highland Park and also a 2014 Teaching Fellow for the Math for America Los Angeles organization.

Born and raised in Clearwater, Florida, Grant shared focused on competitive swimming & The Boy Scouts of America.  After winning 2 state titles, competing nationally and internationally, and earning his Eagle Scout badge, Grant graduated high school and accepted an athletic scholarship to swim for the University of Florida, where he was awarded All-American, as well as the team Leadership award, earned gold at the Southeastern Conference Championships, final'ed in 3 NCAA Championships, & competed in the 2008 Olympic Trials, all under the coaching guidance of Gregg Troy, Anthony Nesty, & Martyn Wilby.  After lettering as a varsity and earning his degree, Grant went on to champion the 2010 Masters Swimming Nationals, in San Juan, Puerto Rico, before hanging up the competition goggles.

Mircea started competitive swimming at Birmingham High school, and then later became swim team captain for the Los Angeles Pierce College swim team. He then started coaching water polo and swimming in 2010 with his first coaching job being an assistant coach at Crespi Carmelite High School. Mircea had coached multiple CIF finals athletes while at Crespi, then moving on to be an assistant coach for Birmingham High Schools 2011 CIF City Section Championship team. Mircea eventually went on to become the Head Swim and Water Polo coach at El Camino Real High School where he coached numerous CIF state qualifying athletes in his 5-year stint. During this time, he had also coached at Los Angeles Pierce College as an assistant coach in both Women’s Water Polo, and Woman’s and Men’s Swimming. There he coached the most recent CCCAA state champion in the Men’s 100 butterfly as well as many other CCCAA state qualifiers. Mircea is currently coaching Los Angeles Swim Club’s Senior 2 group as well as being an assistant swim coach for the Harvard Westlake High School team.