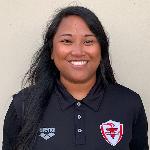 Coach Kimi is in her 5th season with Swim Torrance. She is the Head Coach and Lead Coach of Age Group 1 and Age Group 2. She came to the program after coaching at SwimMAC Carolina, in Charlotte, NC. There she served as the Marlin Division Lead, Shark Division Lead, Marlin 1 Lead Coach, and Shark 2 Lead Coach. She also attended the National Diversity Select Camp as a manager, the Women in Coaching Clinic, the ASCA World Clinic, USA Swimming's Women's Leadership Clinic, and was featured in two Wednesday Webinars through USA Swimming.

From novice to Olympic Trial finalists, Kimi’s coaching experience has allowed her to work with swimmers of all levels. Throughout her career, Kimi has found that great technique, committment, and enjoying practices aid in developing character traits which will last a lifetime.

When not at the pool, she enjoys exploring all events and activities that Los Angeles and its surrounding areas have to offer. She spent 3 years of her 17-year swimming career in Southern California Swimming and is glad to be back. 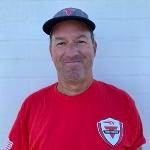 Coach Brian is extremely excited to join Swim Torrance as the Senior Lead coach. He has coached for twenty-four years on some of the best club swim teams in Southern California, most recently with Team Santa Monica, Canyons Aquatic Club, and CCAT.


Brian’s swimmers have achieved Southern California Swimming records, and have qualified for Olympic Trials, Nationals, YMCA Nationals, Futures and Sectionals. His swimmers have excelled in all strokes and at all race distances, from sprints to open water.  He looks forward to helping the Senior swimmers reach the highest levels of the sport. He has worked with all age-groups over the course of his career and enjoys teaching stroke technique, start and turn skills, and race pace at each practice.


Brian grew up in Santa Monica and swam for Team Santa Monica. He was a Junior National qualifier in four events and a finalist in the 200 fly. He was a Big West Conference finalist at Cal State Long Beach (1990, 91) and an NCAA Division 2 National qualifier and finalist at UC Davis. (1992) He graduated from UC Davis with a BA in English. He is a published writer/poet whose work has appeared in literary journals both in print and online.


Brian lives with his wife, two daughters, two dogs and a cat. He likes hiking and doing triathlons when he’s not coaching. He completed his first Ironman in 2017 in Coeur d’Alene, Idaho and is happy to still be alive. 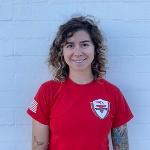 Coach Chantal came to Swim Torrance after about 4 years of coaching at SwimMAC Carolina, in Charlotte, NC. She began as an assistant for the Marlin Division (10 & U) in 2016. In the fall of 2016 she coached Masters Swimming and lead Shark 3 (13-14 y.o.). She changed age-groups in 2018 as Shark 2 Lead Coach. She was a selected coach for the NCS Select Camp and lead the 13-14 girls for the 2019 North Carolina Swimming (NCS) Team for Southern Zones.

Prior to coaching for SwimMAC, Chantal worked abroad in the Peace Corps in Jamaica as a Youth and Sports Advisor for 3 years. She followed her service by teaching English as a foreign language at a High School in Thailand before returning stateside.

She swam all four years at the University of North Carolina at Wilmington. In 2008, Chantal took 1st place in the 200 Backstroke at the Colonial Athletic Association Swimming & Diving Conference Championships. She graduated UNCW with a B.A. in Spanish in 2010.

Native to Torrance, she began competitive swimming in Redondo Beach.  Her family moved to the East Coast and Chantal swam with Dynamo in Atlanta, then at SwimMAC. Chantal was a competitive swimmer from age 7-18. It has come full circle to return to Torrance!

Chantal has coached athletes from learn-to-swim through Future’s qualified, and finds the seed to success is connection. She looks forward to watching the athletes at Swim Torrance grow to be their best with a commitment to fundamentals, learning to train smarter, and of course race!! 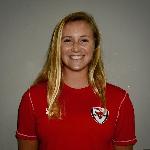 Coach Rachel is entering her 3rd season at Swim Torrance. She is the PreSenior 1 and PreSenior 2 Lead Coach. Previously, s he spent a year coaching swimming for the Cal Poly Triathlon Team, taught swim lessons, and coached since she was 15-years-old.

She grew up in the South Bay and has been swimming since she was 8 years old. For 10 years she participated in club swimming and also swam for PV Peninsula High School. She attended college in San Luis Obispo where she joined the triathlon team during her second year and began applying skills from the pool to open water swimming, biking, and running.  Coach Rachel graduated from Cal Poly SLO in 2018 with a degree in Kinesiology and is pursuing a certification in personal training and strength and conditioning.

Coach Rachel continues to swim with the local Masters team, and looks forward to watching Swim Torrance athletes grow and achieve their goals! 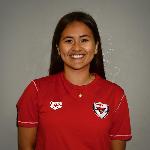 Coach Sophie is in her 7th season as coach with Swim Torrance. She is the Level 1 and Level 2 Lead Coach, while also assisting PreSenior.

She is a West High School alumni, both as a student and swimmer. There she was a part of the 2018 Pioneer League Championship Women's Team. During her senior year, she was also team captain. As a former year-round competitive swimmer, Coach Sophie is a Swim Torrance alumni.

Outside of attending college this year and coaching for Swim Torrance, she enjoys attending concerts and finding great deals. 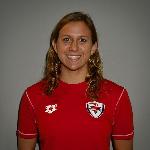 Coach Ida is the Lead Coach for Level 3, as well as assisting Senior 1 and other groups within the competitive program. She is a Swim Torrance Alumni, and will be continue to compete collegiately.

She learned how to swim in her home country, Denmark, at the age of 4 and has been swimming competitively for eight years on club, in high school, and now in college. Coach Ida was a member of the Peninsula High School team, and they won the Bay League Championship in 2015 and 2018. In college she is currently studying Kinesiology to become a physical therapist. Her other hobbies are traveling and skiing and snowboarding during the winter. 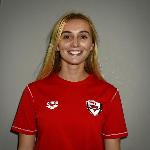 Coach Zoe is entering her 2nd season coaching at Swim Torrance. She will be assisting a variety of levels, as well as filling in for Coach Ida on Friday's with Level 3 swimmers.

She swam competitively in the South Bay starting at 9-years-old, and at one point swam for Swim Torrance. During her competitive swimming career, she qualified for Senior Sectionals in the 200 butterfly. At Palos Verdes High School, she swam, was on the surf team, and played water polo. She competed at CIF and was a Bay League Champion in the 500 and 200 freestyle. After high school, she committed to swim in Division I at the University of Wyoming where she studied Kinesiology.

In addition to swimming competitively, she also was a member of the United States National Team as a surf lifesaver. Coach Zoe competed in open water swimming, Ironmans, and prone paddling. She placed top 3 at Nationals starting at 9-years-old, and continued that rank until she was 18-years-old. At World Championships, she placed in the top 8. Coach Zoe still continues to pursue her passion in open water events.

After being a Junior Lifguard for 9 years, Coach Zoe decided to continue on that path due to her love of the ocean. She has been an Ocean Lifeguard for 3 years at Huntington State Beach, and this will be her third year as Junior Lifeguard Instructor. She is now in the LACO Fire and Ocean Lifeguard Academy in hopes of becoming an Los Angeles County Lifeguard.

In her free time she enjoys surfing, paddling, working out, and reading. 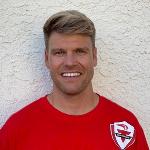 Coach Jason is entering his 3rd season as a Senior Division Assistant at Swim Torrance. He has worked with athletes from a wide range of ability levels, from first time  swimmers  to Olympians. He has been a Level 1 USA Triathlon Coach, Volunteer Assistant  Swim  Coach at Texas A&M,  Swim  Instructor and Coach at the Houstonian Club, Trainer and Coach at Sculpt Studios and USA  Swimming  Coach for Burbank Los Angeles  Swim Team.

Coach Jason takes a unique coaching approach that is specific to each  swimmer. He enjoys being on the pool deck and  has a desire to help everyone achieve their full potential. As a Texas A&M graduate, he was a 6-Time All-American NCAA Division 1  Swimmer , and 3-Time school record holder. As a club swimmer, he finished top 8 at Junior Nationals. 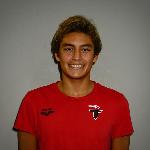 Coach Ricky is in his third season helping Swim Torrance athletes. He is primarily working with Shark 1 and Shark 2, but you may see him on deck with various other groups helping out our staff. He's been instrumental in helping our younger swimmers learn a strong foundation of technique, which will help carry them through a similar path he took within the program to be able to reach Senior 1 and National Track. 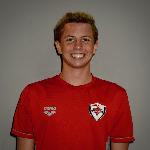 Coach Noah is in his first season helping Swim Torrance athletes. He is primarily working with Age Group 1 & 2, but you may see him on deck with various other groups helping out our staff. He's been a swimmer with our program for quite a while, and is currently in the National Track group. Noah represents Swim Torrance at various National level meets as a swimmer, so he while he coaches, he plans to use that experience to help our younger athletes see the big picture and learn life lessons that swimming can provide.