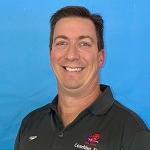 Primary Focus: Senior 1 and Junior 1
ASCA Level 3 Coach
Coach Eduardo was born and raised in Brazil, where he started his swimming career. In 2013, he had a fantastic opportunity to move to the USA to pursue a college education at Limestone College. There, he competed as a Student-Athlete for the Men’s Swim Team. Here is a little bit of what the sport of swimming have provided to his life:
Education:
Experience as an athlete:
Coaching experience: 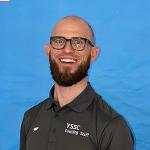 Primary Focus: Blue & Yellow Groups, oversight of all color groups
Dylan was born in Washington DC and grew up swimming and coaching in the surrounding area. Before joining YSSC he spent 4 years coaching at Machine Aquatics under Head Coach Dan Jacobs. At Machine, he was the lead age group coach at their Audrey Moore Site. Prior to his time at Machine, Dylan was a head site coach for Sea Devil Swimming. Along with coaching year round, Dylan spent 13 years as a head coach for several summer teams in the Northern Virginia Swim League. He also worked in Fairfax County Public Schools as a Special Eduacation Assistant.
Dylan graduated from James Madison University in 2005 with a BFA in Sculpture and was a member of the water polo team. 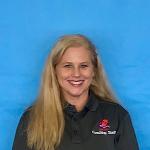 Primary Group: Green & Red, oversight of YSL programs
Wendy will be coaching the Green & Red groups. Wendy grew up in Greer where she developed a love for swimming, dancing, and cheering.  She swam for Rusty Brook Swim Team before graduating from Clemson University in Secondary Education(Mathematics).  Throughout the summers of college and her teaching position (Berea High School), Wendy worked at Foxcoft Pool in several capacities to include, lifeguard, manager, and swim team coach.  Finally, after nine summers, Wendy and husband, Jeff, moved to Florida and started a family.  Now, they are  in Greer and have two Cukes, Copeland and her daughter Gardner Anne. Her son, Cam is now a Freshman at Clemson University.  Wendy had coached YSL for several seasons as well leading the Age Group Dryland for 3 seasons. She worked with all of the color groups in the Cuke dryland program.  Wendy is thrilled to have joined the coaching team at the Y and looks forward to a great season with Green and Red! 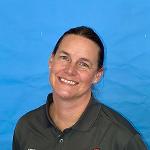 Primary Focus: Office Manager, Team Administrator
Heather is originally from Maryland, attended Clemson University and earned a degree in Mechanical Engineering.  She has been a part of the team since her daughters joined in YSL.  Rebecca is currently in the National group and will be attending Denison University in the fall 2020.  Caroline is a freshman and is in Senior 1.  They live in Moore and are proud to be a part of both the YSSC and YMCA family. 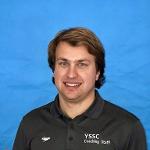 Coach Kyle joined the YSSC coaching staff in September 2018. He graduated from Shannon Forest Christian school in 2014 and from Gardner Webb University in 2018 with a BS in Sport Management.

Coach Kyle has lived in Greenville since 2001. He swam for Foxcroft in the Greenville SAIL league for 14 years and began coaching at the same club in 2013. He has been the head coach at Foxcroft since 2014. In 2017 and 2018, Kyle worked for Gardner Webb’s NCAA swim program under then head coach Mike Simpson for his Junior and Senior coaching internships. He was also president of the Student Honors Association his Senior year at Gardner Webb. 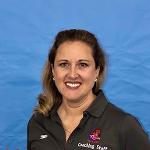 Primary Focus: TOM AG1
Coach Johnna Edwards is a math teacher and swimming coach originally from Taylors, SC.  She has been a head and/or assistant coach at Pebble Creek, PMP, Myrtle Beach High, White Knoll High, Country Club of Lexington, and Palmetto Aquatics.  Currently, in addition to her role at YSSC, she is the Head Varsity Swim Coach for Spartanburg High School.
Coach Johnna moved to the Spartanburg area 2 years ago to teach math and coach swimming at SHS. Last year, the SHS Girls Swim Team was runner up at the 5A High School State Meet, and the point-scorers at that meet are all YSSC swimmers.  In addition to the girls’ amazing performance at the State Meet, two of those swimmers were named NISCA All-American based on their performance in their individual events!  Coach Edwards is so thankful to be part of both the SHS and YSSC communities and is looking forward to many more exciting and successful years coaching swimming in Spartanburg with both teams! 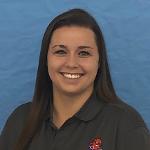 Originally from Watkinsville, GA, Coach Allie grew up swimming for multiple year round, summer league, and high school teams. She then attended Gardner-Webb University where she was part of the swim team and earned a degree in Sport Management. After college, Coach Allie became the Head Age Group Coach at Athens Big Blue Aquatics from 2016-17. From 2017-19 she was an Assistant Coach at Summerville YMCA. There she assisted with all groups, and was the primary coach for the senior group. Additionally, she was also the Head Swim Coach of Fort Dorchester High School in 2018.
Coach Allie recently got married and moved to Spartanburg where she is  a Special Education Assistant in District 7. Coach Allie is excited to be a part of the Sea Cuke family, and looks forward to an exciting season with Purple and Senior 2! 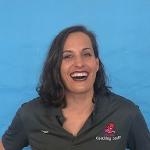 Originally from Valencia, California, Coach Lindsay spent 9 years swimming for the Canyons Aquatics Club and 1 year for the Santa Barbara Swim Club. Lindsay enjoyed early success as an age grouper, qualifying for Junior Nationals at age 12 and competing in the 1992 Olympic Trials at age 15.  Stanford University and coach Richard Quick welcomed Lindsay to collegiate swimming in 1994. During her four years at Stanford, Lindsay became a 7 time All-American and 3 time NCAA champion. Lindsay was the Captain of the Stanford team that won the NCAA Championships her senior year. A Stanford Scholar-Athlete, Lindsay graduated in 1998 with a BA in Human Biology.  Lindsay made her final USA Swimming appearance at the 2000 Olympic Trials before retiring from competition.

Lindsay began her coaching career at Stanford University, working with women’s team from 2000-2002. In 2002, Coach Lindsay became the assistant coach for the Dartmouth Women’s Swimming team where she coached for two seasons. In 2004, coach Lindsay began working with the “elite” level at the Coppell Family YMCA.  Lindsay joined the YSSC coaching staff in 2012 as is ecstatic to contribute wherever and whenever she can!