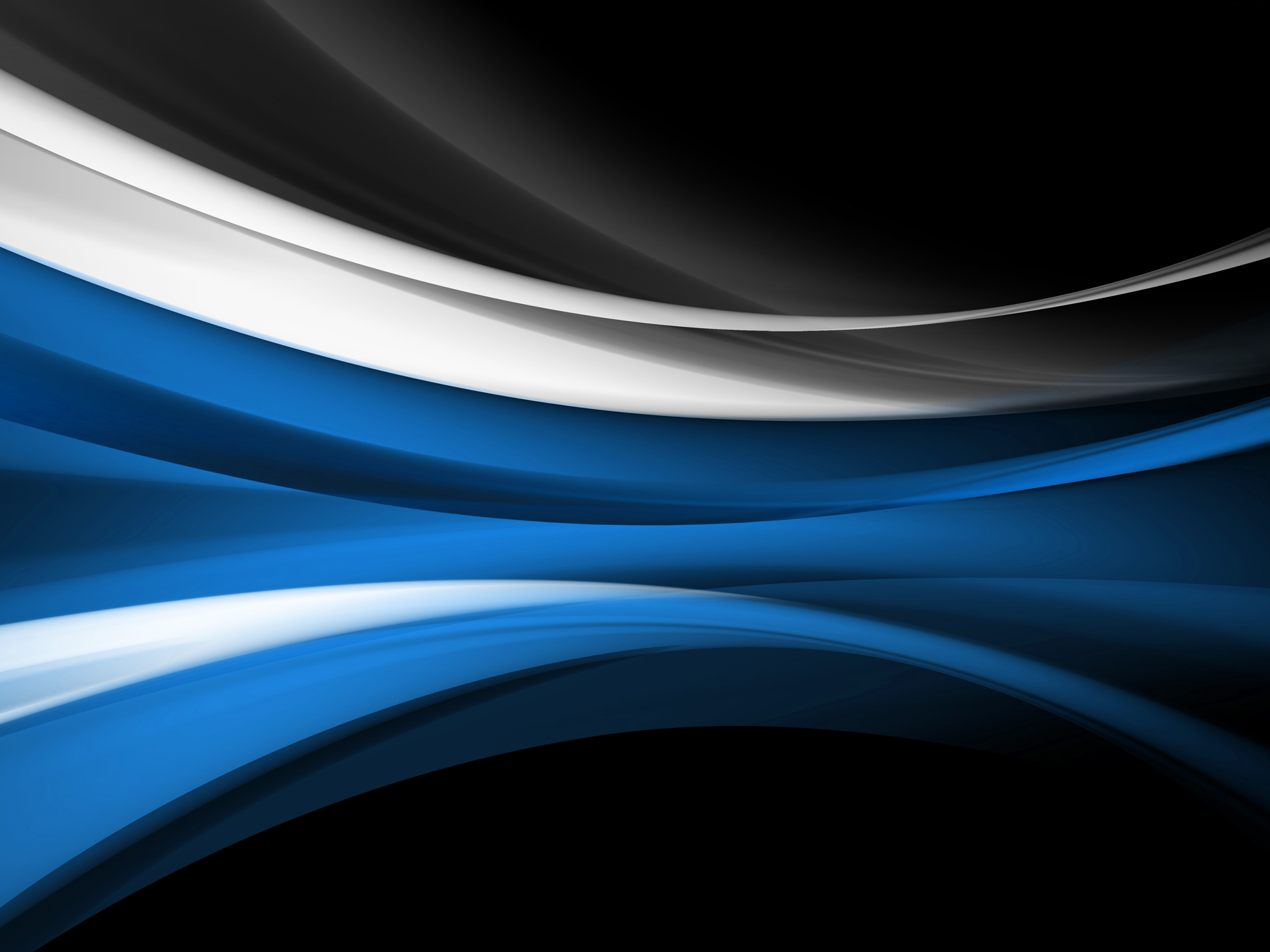 Chris Coraggio was hired in November, 2002, as site coach in Johnson City.  With the team reorganization in 2013, he assumed the Head Coaching position for the entire club.  Coach Chris began coaching in 1976 and brings his experience as a professional swim coach at the club, high school, and collegiate levels.  He has earned a Level 4 designation by the American Swimming Coaches Association.

While with the Barracudas, Coach Chris has established a respected program, where a swimmer can begin in our novice group and progressively move up to the National level.  "We strive to provide the instruction and training which is appropriate to each individual at each stage of their development as a swimming athlete.  We look forward to helping our swimmers achieve the highest level in swimming that they wish to pursue," says Coach Chris.  During his tenure, the Barracudas have sent swimmers to the USA Olympic Trials, USA Nationals, Junior Nationals, Zone, and Regional competitions.  In his position as Head Coach at Science Hill High School, he has seen that program become a perennial top-10 school in the state of Tennessee, and has produced numerous State finalists and several State champions.  Each year, several of our Alumni continue their swimming careers at the collegiate level.  "My job is to get our swimmers to the point where they don't need me any more, " says the coach, "but I also tell them that I'll be there if they do."

Prior to moving to Johnson City, Coach Chris was the Head Women’s Swimming Coach at Northern Michigan University in Marquette, Michigan. Under his four-year tenure, the team won their collegiate Conference Championship every season. At the NCAA-II National Championships, his teams placed in the top 11 each year, with a high finish of fifth place. Coach Chris mentored one NCAA National Champion, a 2000 Olympic Trials qualifier, 15 NCAA-II All Americans, and 17 Academic All-Americans. His teams produced more than 100 All-American performances. His peers recognized his efforts by electing him Great Lakes Intercollegiate Athletic Conference Coach of the Year in 1999, 2000, and 2001. Coach Chris also reestablished and ran a successful summer swim camp for age-group swimmers and taught courses at the University level.

Coach Chris assisted both the Men’s and Women’s Swimming Teams at Drury College in Springfield, Missouri, from 1992-1998. In that time, the team won six National Team Titles and had over 300 All-American performances. Coach Chris was also the Head Age-Group Coach of the Springfield Aquatics Swim Club. In that capacity, he produced numerous State Champions and USA Swimming Zone qualifiers. He also served as the Head Coach for the Missouri Valley All-Star Team.

Coach McDavitt joined the Barracuda coaching staff as a full-time Assistant Coach in 2010.  He was promoted to the position of Head Age-Group Coach in 2013. Since taking the reins of our Blue and SIlver groups, Coach Will has done an outstanding job increasing technical expertise and introducing training elements while keeping it fun for our younger members.
Prior to coming to northeast Tennessee, Coach Will served as a volunteer coach for the University of Kansas. He was also the head coach of the BYU-Idaho college club team. He is certified as a Level 2 coach by the American Swimming Coaches Association.

Coach Gian Polignano comes to us in 2018 with an extensive coaching and swimming background in the and areas. Over his coaching career, coach Gian has coached several Junior Olympic, Zone, and Sectional swimmers as well as a handful of Top 10 and Junior National qualifiers. Gian has been elected to serve numerous times on the Potomac Valley Zone coaching staffs. Additionally, Gian has worked as a certified Biology and Chemistry teacher in the state of for several years.

Coach Gian was born in , , and his family moved to for a short period and then settled in . Coach Gian, like many others in this part of the country, fell in love with the fun and team spirit involved in competitive swimming through being part of his community team.

Coach Gian then chose to swim year-round and was truly fortunate, as he swam for a coach who has been elected to the Maryland Swimming Hall Of Fame, Don Feinberg. Through standing on the shoulders of Coach Feinberg and other outstanding mentors like Coach John Mason, Coach Gian began to understand that the best coaches (and swimmers) are consummate students of the sport. There is absolutely no substitute for good old-fashioned hard work, executed with impeccable thought and precision! Coach Gian is thankful for received his first opportunity to coach when he was still swimming competitively working with beginning 8-Under swimmers.

Coach Gian has experience coaching with several club programs within various age groups, including All Star Aquatics, National Capital Swim Club, Sea Devils Swimming, and Tollefson Swimming. In addition, Coach Gian has coached with the Mohican Swim Team in the swimming hotbed of the last 15 summers. Mohican has grown from 70 to over 300 swimmers during this time. Witnessing team 8-Unders growing into becoming Senior swimmers, team leaders, assistant coaches, role models, and outstanding scholars in Potomac Valley Swimming has truly been a special experience for Coach Gian.

When Coach Gian is away from the pool, he enjoys all kinds of music (especially UK Garage, Drum n Bass, and Techno), nature, reading, and the game of chess. Coach Gian earned his Bachelors of Science at the of and his Master of Arts in Secondary Science education from .

Coach Gian looks forward to continual collaboration with his fellow coaches, parents, and swimmers. Coach Gian is honored and excited to become part of Barracuda Swim Club, and if anybody has any tips for things to do, or places to see in , Coach Gian is all ears!

In addition to swim coaching, coach Jake studies biomedical sciences at East Tennessee State University. He works in a biomedical science research lab and is a published Alzheimer’s researcher. Outside of studies, Jake plays rugby for ETSU and the Johnson City men’s team. Jake enjoys to lift weights, play basketball, hike, fly fish, and help others accomplish their fitness goals.
Coach Jake is honored to be part of such a decorated and elite team. Coach Jake looks forward to working with swimmers, coaches, and parents to make each and every swimmer the best that they can be. Coach Jake is always willing to answer any questions about training, nutrition, school, or anything in between. 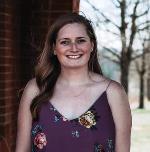 My name is Jess Vargo and I am from Chattanooga, TN.  I have been a member of USA swimming as an athlete since I was about 6 years old.  I swam with Baylor Swim Club until I graduated High School and decided to swim at King University.  At King, I earned a degree in Biology with a minor in Psychology.  As an athlete, I was awarded Freshman Rookie of the Year for King Athletics in 2016, broke 5 individual school records and 5 relay records.  I was also a team captain my senior year.  Over the years of swimming, I have coached for Chattanooga Area Swim League and Lifestyle Swim team in Bristol, TN.  I am currently a graduate student at ETSU earning a Masters of Public Health concentrating in Epidemiology and Biostatistics.  My coaching career with BSC began in May, and I am truly excited for the talent of the Barracudas  to shine this year!