Russell was born in New York City, but raised in Midland, Texas. He began swimming in high school for Midland High School, swimming in the new 50-meter “Alamo” pool built by the city in 1962. It was later renamed in his honor: the “Douglas Russell Swimming Pool.” He was an all-around swimmer in high school—swimming competitively in butterfly, backstroke, and individual medley events. Other school swimmers of the era remember him as a tough competitor who was hard to beat but who brought out the best in swimmers around him.

He attended the University of Texas at Arlington (UTA), where he swam for coach Don Easterling’s Arlington Mavericks swimming and diving team in National Collegiate Athletic Association (NCAA) competition.

Doug Russell Park, on the southern border of the UTA campus, was later named in his honor. At the 1967 Pan American Games, he won a gold medal in the 200-meter individual medley. He also won an NCAA national championship in the 100-yard butterfly in 1968, and Amateur Athletic Union (AAU) national outdoor title in the 100-meter butterfly.

At the 1968 Summer Olympics, Russell won the first-ever gold medal awarded in the men’s 100-meter butterfly—an event which made its debut at the 1968 Olympics–in an upset over teammate and favorite Mark Spitz. He won another gold medal swimming the butterfly leg for the winning U.S. team in the 4×100-meter medley relay. Russell, together with relay teammates Charlie Hickcox (backstroke), Don McKenzie (breaststroke), and Ken Walsh (freestyle), set a new world record of 3:54.9 in the event final.

Russell was inducted into the International Swimming Hall of Fame as an “Honor Swimmer” in 1985. 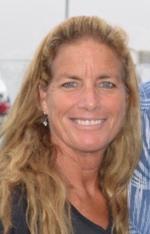 Ned played water polo and was an All-American for the Diablo Valley Junior College in 1974 and 1975. He continued his education at Pepperdine University, where he swam and played water polo. At the University, he was an All-American water polo player in 1976. Ned has participated on several AAU water polo national championship teams. Even though Ned claims that he is not as fit as he used to be, he continues to swim with the San Diego Swim Masters. He loves to swim in the Rough Water competitions and has won his age group numerous times.

Ned Maggiora has been a swimming coach in San Diego since 1978. He has taught swimmers from Novice to the Senior National level with the El Centro Sundivers, Chula Vista Aquatic Association, and the Eastlake Swim Team. Some of his swimmers have held or continue to hold San Diego-Imperial records. Ned's life-long love of swimming has been passed on to the thousands of athletes that he has touched. 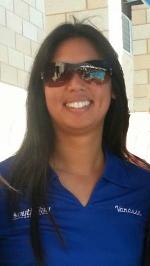 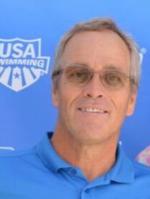