Coach Barbara Titus joined SLST as our Head Coach in 2011, she came  to us from SCSC where she taught in the Learn to Swim program and coached age group swimmers for over 8 years.  She is a certified lifeguard and registered coach with USA Swimming.  Barbara believes in perfecting technique as the first step towards an elite swimmer.

Assistant Head Coach Ryan Boling moved to SLST in 2011 from Santa Clara Swim Club, where he started as a pre-compettive swim coach and Saftey cordinator. He is registered with USA Swimming. He has strong skills working with children of all ages and is motivated to teach the skills necessary for strong athletic performance.

Coach Noah was a competitive swimmer at Santa Clara Swim Club for three years before moving to Saint Lawrence where he swam for two years. He was mentored by Coach Barbara as a swimmer and a coach. As a coach, Noah does not believe in the No Winner Scenario. That means that he believes every swimmer can reach their highest potential through discipline and hard work. His favorite quote is, "If you think you can or you think you can't, you're right". 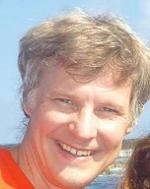 Geoff was born in Bristol, England and grew up in Southern California.
He has been passionate about swimming and coaching swimming for many years, and is an avid scuba diver and swim coach/instructor.
Geoff did his undergraduate degree at Caltech in Electrical Engineering and Physics and his PhD at Berkeley in Physics, and now works in the high tech industry in Silicon Valley, designing computer chips.
He currently lives in Santa Clara, CA with his wife, Susan, and three kids, Sarah, David, and Rebecca.
Someday he'd like to build his own pool and start a swimming organization!

Coach Allen has been swimming for a while, since he was as young as age four. As a child, he swam with Santa Clara Swim Club, and later moved to SLST. He was mentored by Coach Barbara at both locations. He believes that a swimmer can get to any goal that they wish for as long as they put their mind to it. He uses his experience in his coaching to help other swimmers improve to their best potential.