Billy Doughty took over the DART (Davis) program in the fall of 2009.

Some of the latest coaching highlights include:

Prior to Davis, Billy has served as the Head Coach for City of Mobile Swim Association and as Head Site Coach for Palo Alto Stanford Aquatics.

Billy swam at Clemson University and for Huntsville Swim Association.  He is married to Jen "Davis" with two boys (JT & Will).

Carolee began coaching with Aquadarts as a UCD student in 1983.  Her initial coaching career began at age 16, when she was an assistant coach with her hometown swim team in for six years. Carolee swam on summer swim teams throughout her youth, and competed for the UCD swim team in college.  After graduating from college, Carolee was the head coach of the Greenhaven and Kennedy High swim teams in Sacramento.  She has been coaching regularly with the Aquadarts since 1993. She is the Head Age Group coach for Aquadarts and Head Coach of the Davis Summerdarts summer team for the past 22 years.


Carolee has been married to Bill for over 32 years; he works at UCD and is also the Davis High School Cross Country and distance track coach. They have four children: Kaitlin, Brendan, Kallie and Bryce, all of whom are or were Summerdart coaches.  Kaitlin is a UCD grad, where she competed on the XC and Track teams, and she just completed her Masters in Public Health at Brown University. She is also a professional distance runner running for Boston Athletic Association. She and her husband Avi Goodman live in Providence, RI, where Avi is completing an orthopedic residency. Brendan is a Stanford grad, where he ran on the XC and track teams. He runs professionally for the Hansons Brooks Distance Project, coaches running, and lives in Davis with his wife Jonah, who is a grad student at UCD. Kallie was a swimmer and water polo player for all of her youth, and also coached 8 years of Summerdarts. She graduated from Simmons College in Boston and works at Beth Israel Deaconess Medical Center in Boston. Bryce is a Summerdart coach and was a Summer/Aquadart for over 10 years. He is a senior at DHS and is distance runner for the DHS XC and track teams. 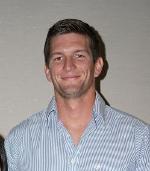 Reed Miller joined the DART staff in 2015 as the AG3 lead coach. He is currently the lead coach for SR1 and SRHS. He also assists with SR2. Multiple swimmers have achieved top 10 national rankings for their age group, Far Western Championships, and Sectionals qualifying standards while under Miller’s tutelage. In 2017, Sierra Nevada Swimming selected Miller as the Age Group Coach of the Year.

Before becoming a coach with the DART program Reed was an assistant senior coach and 9-10 coach for the City of Mobile Swim Association from 2014-2015. He was also an assistant coach for Mcgill-Toolen Catholic High School. During that time he coached multiple Alabama state champions as well as Junior Nationals qualifiers. Mcgill-Toolen achieved a second place finish at the Alabama High School State Championships in Miller’s lone season with the program.

Reed started swimming competitively at the age of 16. Two years later he walked on at Wingate University where he eventually earned a scholarship. Miller achieved All-America status twice in his career, which is attained by finishing top eight at the NCAA Championships. He was also an Academic All-America selection his junior and senior seasons. Miller was appointed team captain by his teammates his senior year.

Coach Ray has been with the DART program since 2013.  Ray works primarily with the Senior level swimmers and specializes in running our distance based workouts.  Ray has seen DART swimmers finish top 8 at JR Nationals since his arrival in Davis.

Ray has four children including Chris that is currently swimming at the University of Arizona.

Jamie grew up in Davis swimming for the Aquadarts through high school. She started her coaching career with Summerdarts at 14 and after college and graduate school continued coaching year around. Jamie now runs the Dart Swim School, coaches age groupers and helps with Summerdarts.
Jamie has an undergrad degree in Child and Family Development and Master degrees in Counseling and Social Work but enjoys her time by the pool the most. In her spare time she enjoys traveling and spending time with here husband and dog.

Matt Paige is currently in his 1st season as lead Age Group 3 (AG3) for Dart Swimming (Davis). He previously held the position of head coach/senior group coach for Spare Time Aquatics. Under his guidance swimmers have qualified  for meets that include Olympic Trials, National Championships, Jr. National Championships, Sectionals, and Far Westerns. Matt genuinely loves coaching and he brings a positive passion to the sport that many athletes feed off of. He finds it incredibly rewarding to work with swimmers and to witness their growth throughout the course of a season. In all Matt has been involved in the sport of swimming for over 22 years with 10 years as a coach.

During his own swim career, Matt trained at Arden Hills from 1994 to 2006 where he qualified for Jr. and Sr. Nationals. He then went on to compete collegiately for the UC Irvine Anteaters where he was a member of the 2007 Big West Championship team. 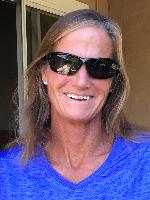 Kerry has been coaching with the Aquadarts since 2014. She also has been an assistant coach with Davis Aquatic Masters since 2008. She currently coaches the Bronze and Silver groups.

Kerry grew up in Carmel Valley and started swimming competitively at the age of 7. During her childhood, she swam with clubs in Monterey and Salinas. She continued her swimming career in college, competing at Stanford University (1 Year) and UC Davis (3 years). After graduating from college in 1985, she joined Davis Aquatic Masters and continues to swim for fun and fitness.

Kerry and her husband, Lance, have three children, Trevor, Tara, and Torin. All three grew up swimming with the Aquadarts and are now in college or graduate school.

Jordan is 21 years old and is a senior at the University of California Davis in the fall. She is majoring in human development. She has coached Summerdarts for nine years and Aquadarts for five years.. She was a Summerdart for three years and an Aquadart for nine years. She was a member of the Water World Open Water swim team in San Francisco for one year and swam Alcatraz three times as well as Golden Gate. Jordan has coached the Vacaville High School girls’ rugby team. She has been a member of the UC Davis and Vacaville Blackdogs women’s rugby teams. She is currently a member of the Davis Aquatic Masters team and does CrossFit with CrossFit Davis. She enjoys playing the piano, baking and rugby. 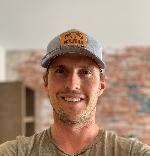 Swimming has played a major role in Scott Weltz’s life since he started in the sport as a 7-year-old at San Jose Aquatics.  In high school, he swam and played water polo for Larry Rogers at Bellarmine College Prep.  He was part of 4 league and section winning swim teams, and individually captured 2 Central Coast Section titles in the 200 IM and 100 Freestyle.  Scott attended college at UC Davis where he swam for coaches Pete Motekaitis and Rick Henderson.  Under their tutelage, Scott went on to set 8 individual school records and 4 Big West Conference records. He represented UC Davis at NCAA Division 1 Championships in 2009 and 2010.

After college, Scott elected to stay in Davis and train for the 2012 US Olympic Trials with Pete.  Their 2-man quest culminated at the 2012 Olympic Trials with Scott placing 4th in the 100m breaststroke and 1st in the 200m Breaststroke in a new meet record time of 2:09.01, thereby  qualifying for the 2012 London Olympic Games.  At the London Olympics, Scott swam a lifetime best time of 2:08.99 and ultimately placed 5 th overall in the 200m Breaststroke.

Scott has been involved in the Davis swim community since 2011 and a full time coach since 2016. In 2016, he was inducted into the UC Davis Aggies Athletic Hall of Fame.  Scott currently lives in Woodland, CA with his wife, Amber (a fellow UC Davis collegiate swimmer) and daughters, Blake and Brynn.