Coach Rankin is a highly accomplished swimmer and swim coach with over twenty years of experience in developing young athletes.  Coach Rankin brings a wealth of knowledge and enthusiasm to our club that will be a tremendous benefit to our swimmers. 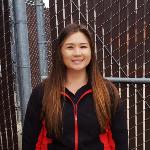 Coach Grace has been swimming since she was 7 years old and has been coaching for 10 years.  Grace comes from a military family and has lived in many different places until her father retired from the Air Force and settled here in the area.  She graduated from Vanden High School where she was an avid tennis player since they have no swim team.  Coach Grace attended Solano Community College where she finally started swimming competitively. After Solano Community College, she transfered to Sacramento State College where she graduated from in 2012.
Coach Grace joined the Vacaville Swim Club coaching staff in 2008.  She started off coaching the team's Novice Group, today known as the Green Group. As she became more and more familiar with the team and its Age Group Program, she was approached to be an Age Group Coach for the year round team after being with the team for three years. Once she moved to coaching the year round time, she started with Gold and Junior 2 groups where she coached swimmers to become JO qualifiers, JO finalists and Far Western qualifiers. After coaching the 9-12 year old swimmers, she began coaching the Varsity group. She now coaches the Silver 1 and Silver 2 groups along with coaching noon masters.
Outside of the pool; she is an avid tennis player, enjoys hiking, but most of all loves spending time with her family, friends, husband and furbaby. 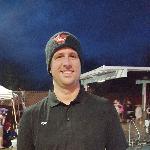 Coach Nick Lillard began his competitive swimming career started when he was only 9 years old.  Raised here in Vacaville, he swam with the Vacaville Swim Club from 1992 until he graduated from high school in 2001 from Will C. Wood.  He then swam for Diablo Valley College for 2 years where both years, the team won the CCCAA State Championship.  He placed in the top 8 in the 200 fly and 400 IM both years he attended DVC.

Coach Nick started coaching with the Vacaville Swim Team in 1998 while he was part of the elite group of competitive swimmers, the current Gold group, formerly known as the Nationals at the time.  He started out coaching with the Summer swim team and moved on to coach age groups Red, White, Blue, Juniors and Senior groups.  He currently has been coaching the evening Masters group since 2008.  Currently he is training with the Masters group with a passion for distance butterfly.  He took first in the "Borboleta" mile butterfly in 2012.

In addition to coaching the evening Masters group he also currently works as a Vocational Specialist with Solano County Office of Education.  Outside of work and the pool, he's an avid fan of baseball and the Oakland A's. He also loves hiking with his chocolate lab Dawkins. 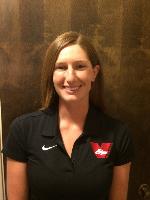 Coach Jamie has been swimming since the age of 9.  She started her swimming career with the summer program through the City of Vacaville with Coach Nick Lillard as her very first swimming instructor.  She joined the Waves age group in 2005 when she decided to give the Vacaville High School swim team a try.  After graduating from high school in 2009, Jamie became a Masters swimmer and has been with the team ever since.  After earning a degree in Wildlife, Fish, and Conservation Biology from UC Davis, Jamie joined the Waves coaching staff taking over the Red and White groups.  A short while later she was offered a full time position with Solano County as a Park Ranger Assistant.  She was sad to leave the Red and White groups, but remained a part of the coaching staff in taking over the Saturday morning Masters group.

You can find Coach Jamie on the pool deck almost every Saturday morning, rain or shine.  She is an avid Masters swimmer and enjoys open water events most of all.  In her spare time Jamie can be found running her three dogs (Sadie, Wrangler, and Boston) or working outdoors. 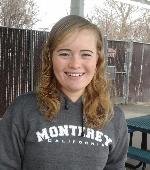 Coach Bre has been swimming since the age of 3. She swam for the Vacaville Swim club from 2001 until she graduated from Vacaville High in 2013. After graduating high school, she attended THE Ohio State University and swam for the club team while earning her degree in Human Development and Family Science. She graduated OSU in May of 2017. Coach Bre has been coaching for 6 years, primarily working with ages 4 through 12 on stroke development and technique. She currently coaches Green group along with morning masters.

As previously noted, Coach Bre has been swimming almost her entire life, with only a brief hiatus for a semester of rowing. In high school, her main events were distance (500, 1000, 1650) and long-distance stroke/IM (400IM and 200 Fly/Back). She continued to swim these events in college, competing at the Collegiate Club Swimming & Diving National Championships with a top 5 finishes in the 1000 free and top 10 in the 500 free and 400 IM. Currently, she swims masters along with running and cycling.