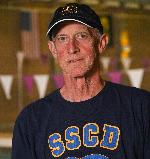 Chlorine runs through  Chyna ’s veins! She swam competitively for 13 years on various teams in the PNW. Starting as a swim instructor at 16, she quickly developed a love and enjoyment for working with kids.  From 2018-2020, she coached on the Multnomah Athletic Club team, and later became the manager of a swim school. She’s excited for a fresh start in Washington, and with a new team! She also enjoys downtime with her husband and two kitties, loves watching movies and drinking tea. 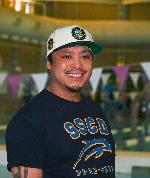 Michael has been in and around the aquatic scene in Washington for almost two decades. After swimming for Cascade Swim Club for 8 years (including 1 year under Lisa and 3 more under Tom), he then swam varsity for all 4 years and captained his high school swim team at Edmonds-Woodway. For the past decade, he has been teaching swim lessons at Lynnwood. This is currently Michael's 5th year as an assistant coach for the EWHS Boys swim team, and 3rd year as the EWHS Girls swim team head coach. Previously, he coached the Dale Turner Orcas and Yost Penguins for 2 years. He is very excited to see many new and old faces at SSCD!