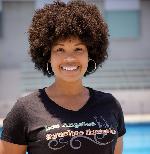 Courtney Gregory’s passion for Artistic Swimming started at age seven when she joined her home club, the San Francisco Merionettes.  For ten years, Courtney competed in local, west zone and national level competitions in multiple events. She has had great success as an artistic swimmer including her team placing third at US Age Group Nationals. After high school, Courtney attended San Jose State University and earned her B.A. in Creative Arts and Minored in Radio, Television and Film. Shortly after, she moved to Los Angeles to continue her passion for Film Arts attending the New York Film Academy earning her MFA in Acting for Film. In the Spring of 2013, Courtney joined Los Angeles Synchro as a Sub Coach working with athletes of all ages and levels. By 2016 she was promoted to Head Coach and in Fall 2018, Los Angeles Synchro and Los Angeles Aquanymphs merged to become one club. Courtney holds multiple certifications as a USAAS level Coach and Judge, and is the current Education Chair for the Southern California Association.  She has never lost her love for the sport and continues to pass that enthusiasm and knowledge to the athletes and coaches she works with!

Coach Patrice has been involved in synchronized swimming since she was seven years old.  She first started in synchro as a novice participant for the City of Los Angeles at Rancho Cienega park in South Los Angeles.  She later joined the Synchro Swans of Los Angeles United States synchronized swim team in 2000 as a founding member, where she attended Zone competitions and Age Group Nationals.  Patrice also has competitive swimming background, where she was a CIF champion for Palisades Charter High School all four years in high school.  Concurrently, Patrice competed on the City of Los Angeles United States swim team where she attended Junior Olympics as a freestyler and backstoker.  While still attending high school, Patrice began working for the City of Los Angeles where she started her coaching career as a novice synchronized swimming coach at the age of 16. After graduating high school, Patrice attended California State University, Long Beach where she earned her Bachelors of Arts in Liberal Studies to pursue a career as a Special Education teacher.  She also started her own synchronized swimming team, the Los Angeles AquaNymphs in 2011, where she continued her passion for coaching athletes in the Downtown LA area at the John C. Argue Swim Stadium (formerly known as Los Angeles Swim Stadium where the 1932 Olympics took place).  As both the Team Director and Head Coach for the Los Angeles AquaNymphs, Patrice has led her team to many great successes, including attending Junior Olympics as a second year U.S level coach and all other years to follow.  Going into this new season, Patrice is excited to merge the Los Angeles AquaNymphs with Los Angeles Synchro synchro club as a coach and mentor to the athletes on the team. She is enthusiastic to continue to coach as she loves this sport and looks forward to Co-Head coach with Coach Courtney to lead their team to greatness.  Patrice will also be attending California State University, Dominguez Hills this Fall, where she will be working towards earning her Masters in Special Education while she continues to teach as a middle school teacher. 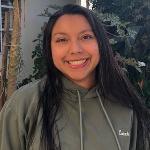 Rosa began coaching for the City of Los Angeles in 2017 and has not stopped coaching since! Rosa first learned how to swim at the age of seven and began to swim competitively by the age of ten by joining the Swim Team, Synchronized Swimming, and a Junior Lifeguard program. Rosa joined the Los Angeles Synchro Nymphs in 2019 and currently works with Novice athletes. Coach Rosa has been attending the California State University of Long Beach since the fall of 2016. She has since received her Bachelor’s degree in Liberal Studies in hopes of soon becoming an elementary school teacher. Something fun about Coach Rosa is that she loves to dance, create choreography, and spend her free time at Disneyland.

Coach Chrislyn is our stroke development coach.  She has over thirteen years of experience coaching both novice and USS level swim teams.  Her experience stems from her involvement with aquatics at a young age and her personal achievements throughout college in both swim and water polo.

Chrislyn graduated with a B.A. in Psychology, holds her Master’s Degree in Behavioral Science, and has specialized in program evaluation with an emphasis on exercise and eating behaviors.  She holds several certifications as a trainer and instructor and received several awards which include the Robert Dear Quantitative Research Award. 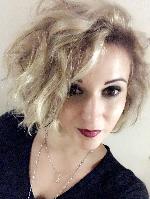 Los Angeles Synchro is excited to announce that Joannie Ciociola has joined us as a welcome addition to our excellent coaching team.  Joannie’s accomplished synchro career spans more than 15 years, including ten years as a member of the French National Team and placement at multiple world championship events.

Joannie began swimming at the age of nine and was invited to join the Junior National Team of France in 2004.  She spent the next ten years competing all over the world, in both team and small routines.  After moving to the U.S., Joannie joined the cast of Le Reve in Las Vegas, where she performed for five years.  During her distinguished career Joannie has spent more than 10 years as a coach for competitive synchronized swimmers.

When not at the pool, Joannie works as an event planner in Los Angeles.  Please join us in welcoming Joannie to our team! 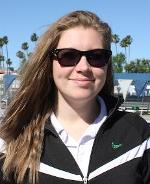 Coach Izzie began synchronized swimming with the Orlando Loreleis when she was was 10 years old.  After relocating to Los Angeles at the age of 12, she joined our team.      She competed with LAS for the next four years before making the change to become coach for the Mermaid and Novice teams.  While swimming with LAS, Izzie qualified and competed for three consecutive years at U.S. Age Group Nationals, and also competed at the 2014 U.S. Open.  Izzie has just completed her Freshman year at the University of British Columbia and is back with us for the summer!