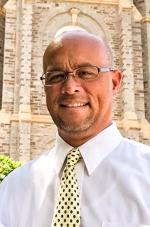 Greg Kam has been in the water since he was 3 years old. Between the ages of 8 and 12 he lived in Greece where he and his father would don fins and swim in the open water every day. This was where he really developed his love for swimming and established the basis for his future swimming and coaching career. He didn't begin swimming competitively until high school where he qualified for Regionals and State, making finals at State. He also  played many other sports throughout his life. In high shcool his basketball team was the State Champs in his senior year. And he played baseball for Brigham Young University Hawaii Campus. He has continued swimming and went to Nationals as a Master swimmer.

"I strongly believe in the mind-body connection in swimming. If you prepare them physically in a positive, fun environment and get them to believe they can do it, the swimmer can go beyond their usual abilities to achieve amazing things." - Coach Kam 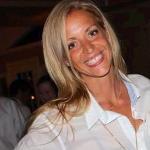 Liz Boston has lived in the Houston area for most of her life. Her interest in swimming dates to childhood when she began swimming for a local NWAL summer league swim team, the Wimbledon Killer Whales. While swimming for the Killer Whales for three summers she competed at Ponderosa.  At 10 years old she joined the USA swim club ATEX competing for many years. Her swimming accomplishments were numerous including: TAGS Champion, Southern Zone Team Member & Champion, USA Top 16 Rankings, Junior National Team Member, and Klein High School Varsity Team Member.

Liz graduated from Texas State University with degrees in Exercise Sports Science and Business.  Working in many fields related to both fitness and business, including :

"I have been in and around swimming almost all my life. I  have been a swimmer, a swim mom, and a coach. Each of these roles and all my experiences give me, I feel, a unique perspective. They have also helped me see both the positive and the negative aspects of swimming and coaching from all angles. I love applying the tried and true methods of training and mixing them with the cutting edge innovations within our sport. I am very excited to be involved in a new swim team that is intent upon offerring the best possible platform for which athletes can chase dreams!" - Coach Liz 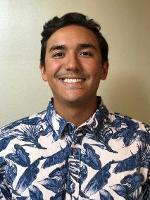 Oscar Munoz is a native Texan with a huge competitive attitude in all sports. Throughout his early years he played many sports including football, baseball, and soccer. It wasn’t until middle school when he finally had a calling toward the pool. He began swimming summer league where he earned the “Fastest Learner” award as he developed all four strokes quickly. He continued his swimming career in high school where he swam Varsity for Klein Oak High School all four of his years there. He qualified for regionals during his junior and senior years in his favorite events, the 100-yard freestyle and the 100-yard butterfly.  Oscar graduated from Sam Houston State University with a bachelors degree in Business and Finance. Currently Coach Oscar is a science teacher with Spring ISD.

“My main goal as a coach is to create an environment where swimmers can easily learn and have fun doing so.” - Coach Oscar 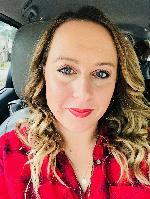 Kelly Sells grew up in San Ramon, CA a suburb in the Bay Area. She has always had a love of swimming and she began swimming at the age of 4 but didn’t start competitive swimming until the age of 14 where she decided to try out for the high school swim team. She swam Varsity all 4 years .With little training she became a sprint freestyler as well as backstroker. She excelled at the 100 backstroke and received a consideration All-American Time Standard her senior year.

After finishing High School, Kelly took a break from swimming to pursue college soccer all while working as an assistant Athletic Trainer and assistant Varsity Soccer coach at Miramonte High School in Orinda, CA. She attended Brigham Young University in 2000 but took time off to see her husband through his undergraduate and law degree. She graduated in 2010 with a BS in Family Life.

She returned to swimming in 2015 working for PACK. Started coaching masters and teaching swim lessons for the YMCA shortly after that. Coached for Country Lake  Estates summer league team 2015 to present.

She currently lives in Spring, TX with her husband and their four children. 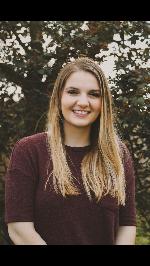 Victoria is a native Houstonian with a passion for the life-long sport of swimming. She began swimming at the age of four for her neighborhood NWAL swim team. She started swimming her year-round adventure with Coach Kam. When she aged out of her summer league swim team she knew coaching was the right choice for her. She coached as an assistant for the Wimbledon Killer Whales and the WindRose Stingrays. In addition, she has worked as a counselor at a day camp, taught water safety, water aerobics and an abundance of private lessons. Besides having a passion for swimming, she has a passion for teaching kids. In her free time you’ll probably see her swimming Masters practices, studying, spending time with friends and family or grabbing a cup of coffee! She is currently attending Lonestar College pursuing her higher education while continuing to coach.

“My highest goal as a coach is to instill the love of swimming in these kids, giving them something to work towards and then seeing when they accomplish it.” - Coach Tori