John has been coaching swimming for over 40 years. Hea has coached all ages, levels and abilities. He has coached an American Record Holder, two USA Olympians, and 38 USA Olympic-trial qualifiers spanning 1988-2016. John's swimmers have been selected to compete internationally at Pan-Pacific Championships, Pan-American Championships, World University Games, World Junior Championships, and NCSA All-Star teams. He has coached National and Junior National Champions and had swimmers achieve NCAA Division 1 All-American status. He has helped countless swimmers into Power 5 Conference schools and has watched them grow into World Class citizens.

John and his wife have 5 children and enjoy spending time with family and friends.

Bob has more than thirty five years of coaching experience at every level.  His background includes coaching novice swimmers through to Olympic Trial qualifiers, and all levels in between.  Coach Bob has trained swimmers at all levels of intensity, from the introduction and experience of competitive swimming in the summer club environment to preparing competitive athletes in high school swimming onto guiding elite level athletes to national level competition. He is particularly adept at balancing the intensity level with fun to insure the continuation of the swimmers in the sport. 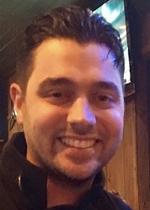 Coach Cantwell has an extensive competitive swimming background and has been coaching for the last 15 years.  He’s experienced success at all levels of coaching, from age group through collegiate and has worked with numerous Jr National, Sr National and Olympic Trial qualifiers, along with NCAA finalists.  Most recently, his coaching interests have gravitated towards stroke technique and mechanics.  For the past 5 years, he’s been working exclusively with swimmers on an individual basis, looking to optimize swimmers’ strokes, starts and turns from a technical standpoint.  Coach Cantwell has a passion for targeting and correcting deficiencies within swimmer’s stroke to help them become better athletes.

Coach Cantwell currently resides in Cherry Hill with his wife Tracy and daughters Cameron and Taylor.

Barb Hockl Carroll has been coaching swimming for forty years.  She has coached swimmers of all ages with various levels and abilities.  She has coached both summer league and USA club teams and has had great success where ever she has coached. Barb likes working with age group swimmers, her strengths are getting her swimmers to love the sport and getting them to improve to the next level. Barb started her swimming career at age 11 years old with a summer league background, then progressed quickly to USA club swimming through her high school years until she earned a swimming scholarship to the University of Delaware, where she closed her career as a conference champion in the 50 freestyle. Barb has achieved many team records over her career and still holds team records from her beginning summer team.

Barb is a teacher for the Maple Shade School District. She has taught various grade over the past thirty-four years of her career. Currently she loves teaching her virtual kindergarten class! Barb is married to John and they have five wonderful children-including Coach Christie! Barb enjoys being with her family and friends.

Christie grew up in a swim family and started competing at a young age. She swam for Cherokee High School and then went on to Rowan University where she swam all four years, made Deans list, and graduated with degrees in Elementary Education and Math/ Science. She currently works in Mt. Ephraim as a 5th grade teacher. Christie spends her summers coaching Cherry Valley in Cherry Hill where she is the head coach.

Her career thus far has been working with developmental and mini swimmers where she enjoys helping swimmers on their mechanics and seeing them succeed by dropping time and achieving A level time standards. Christie is a certified USA swim coach.