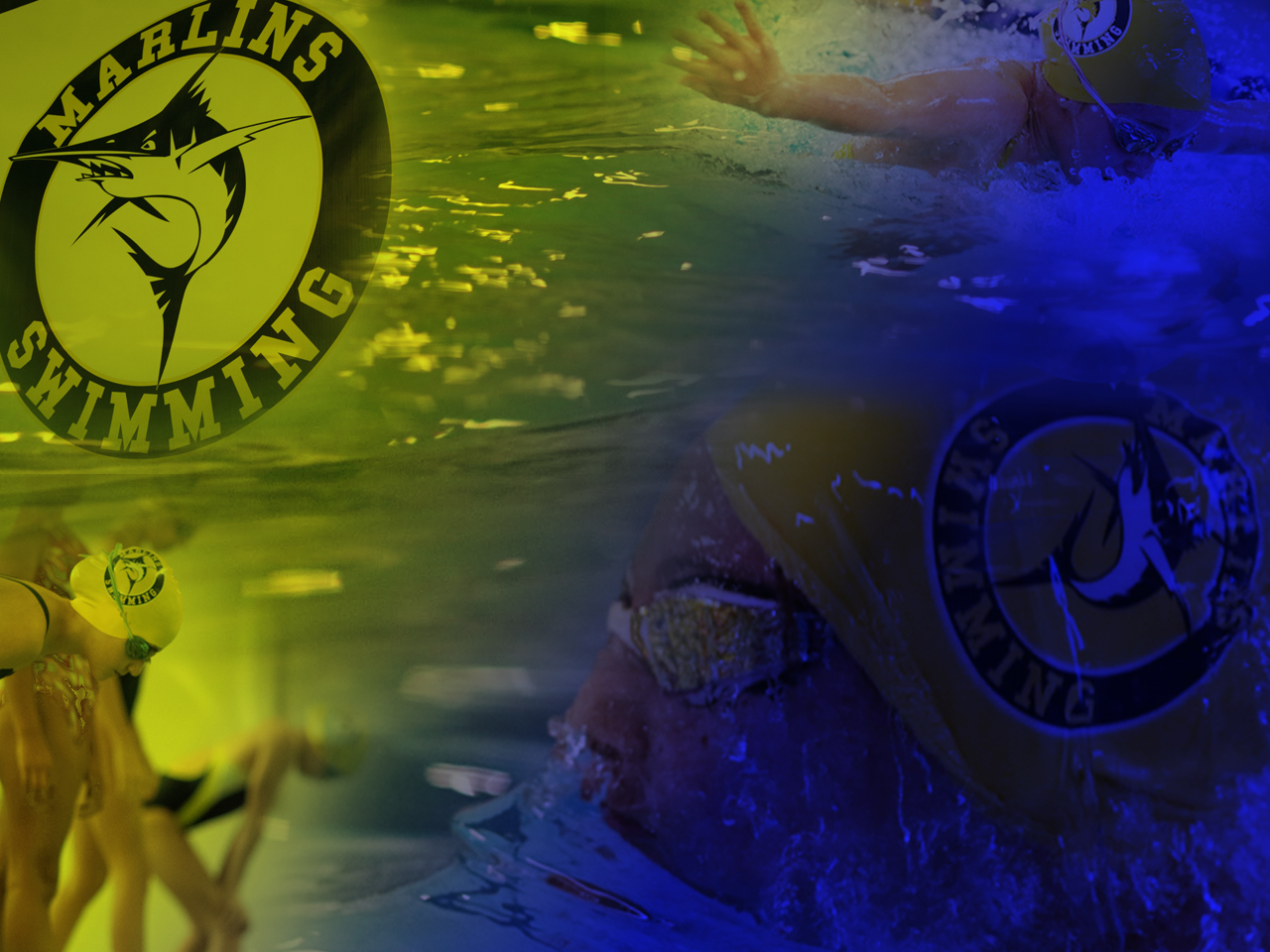 This fall, Zac began his second year as Marlins Head Coach. He arrived last fall from Tucson, Arizona, where he served as a coach for Tucson Ford Dealers Aquatics since 2012, including three years as Head Age Group Coach. Zac swam for the University of Arizona from 2009-2012, qualifying for the 2012 Olympic Trials in the 200 breaststroke, and the 2013 World Championship Trials in the 100 breaststroke. In 2017, he received a PhD in Educational Psychology from the University of Arizona, where he studied the role stress and mindfulness play on athlete performance under pressure. Zac is passionate about utilizing athlete education to develop a well-rounded, self-sufficient person in and out of the pool. He believes in adherence to long-term developmental principles as critical to maximize the capacity of swimmers to succeed in the sport and have healthy, sustainable careers so they can enjoy the benefits of being a swimmer for life.

Dennis pioneered the Marlins swim team and has been coaching here for 52 years. Dennis also coached Fox Lane High School as well as Mount Kisco Summer Swim Team for many years. Known by every Metro Swim Coach for his enthusiasm and dedication to all swim-mers, Dennis coached countless Junior Olympics, Senior METS Junior Nationals, and Senior Nationals throughout his tenure. He lives with his wife in Fairfield CT, where he raised his two children Kat and Chris. We hope to have him on deck for many years to come!

Clare has been part of the Marlins family for the past 20 years; first as a parent and as a coach for the last 17 years. Prior to coaching at the BGNW, she was an age group coach for RAC and Sonoco in CT. She has also coached summer swim programs for over 3 decades and is currently the pool manager at Bedford Golf. Clare Graduated from Hunter College with a B.S. in Health and Physical Education with an emphasis in Biomechanics. She has a M.S. in Special Education and recently completed an M.S. in Building and School District Leadership at Bankstreet College. Clare spends her days working as special education teacher in Tarrytown Schools before coaching in the evenings. She has an extensive background in teaching and coaching and established Varsity Swim Programs for Brewster and Sleepy Hollow School Districts, where she trained state champions and All American Athletes. Clare was presented with Journal News Coach of the Year in 2004, 2007 and Section One Coach of the year 2004, 2007, 2012, and 2018 for SHEDI. Coaching is her passion, but when she is not coaching on deck, she is training lifeguards, running, biking, kayaking, enjoying yoga and spending time with her children.

This is Sydney’s third year coaching the Marlins Swim Team. She is a Marlins alumni and was captain of Fox Lane High School Swim and Dive Team. At the age of 16, Sydney found her love for coaching when she began coaching the Bedford Village Swim and Dive Team during the summer, and coaching has been a huge part of her life ever since. Aside from coaching a summer swim team for the past nine years, she was also an assistant coach for the Fairfield YMCA Flyfins for three years while earning her bachelor’s degree in Psycholo-gy at Fairfield University. Currently, Sydney is pursuing her master’s degree in Special Education & Elementary Education at Manhattanville College. In addition to coaching Marlins, Sydney is also Head Coach and Pool Manager at the Whippoorwill Club during the summer months. She believes in supporting each athlete throughout their journey in this sport, while hoping to inspire them to challenge themselves in order to reach their goals both in and out of the pool.

Kate has been working with the Marlins since 2015. She previously coached for Ridgefield Aquatic Club, Ridgefield High school, and the Dalton school, coaching numerous age group, senior, state, and national championship qualifiers. Kate holds a Bachelor’s degree in Child development & Sociology from Purchase College where she swam for 4 years earning 3 conference championships for the Panthers. While at Purchase College, she was the founder and coach for the men’s swimming program which went from an intra-mural program to D III program under her tenure. Kate graduated Manhattanville College with a Master’s Degree in Physical Education in 2017. Kate is currently a Middle and Upper School Physical Education teacher at the Spence School in Manhattan. She is also serves as Metropolitan Swimming Age Group Chair and Disabilities Coordinator. When Kate isn’t teaching, or coaching the Marlins, she is a Captain of the Katonah Fire Depart-ment.

Eric swam on the Marlins for 10 years and enjoyed a fruitful swimming career. He set a Metropolitan Record and qualified for Junior Nationals in five events. He is excited to be back as an Assistant Aquatics Director and Coach in role that provides leadership and guidance to swimmers as they prepare themselves for successful futures. Eric was Aquatics Director and Head Coach of Men’s and Women’s Swimming at Sarah Lawrence College. Eric also served a five-year stint as Head Swim Coach for Red Tide of NYC, where he coached five U.S. Masters champions, four Masters World Record holders and a U.S. Olympic Trials qualifier. He also served as Head Coach at Brooklyn College and as Aquatics Director at Brooklyn Sports Club. In 2012, he was selected by United States Masters Swim-ming to serve as one of four team coaches at the FINA Masters World Championships in Riccione, Italy. He graduated with a B.S. in recreation and leisure from Old Dominion University, where he was a four-year competitor for the Monarchs. He earned an M.S. in Sports Management from Columbia University in 2011. Eric resides in Yonkers, with his wife Gina, and two daughters, Francesca and Raffaella.

Connor has been working with the Marlins since 2015, after swimming as a Marlin for 13 years. As a Marlin swimmer, Connor was a multi Junior National qualifier, HS Section 1 Champion in the 100 Fly & 100 Back, and was a NY State top 8 finalist. He graduated from Ithaca College in 2014 with a B.S. in Health Science, with an emphasis in Exercise Science & Physiology. At Ithaca, Connor swam from 2010-2014 qualifying for NCAA Div. III and earning All-American time considerations. He currently holds three school records. After graduating college, he traveled to Sydney, Australia where he worked as a swim coach for athletes of all ages. Connor is passionate about educating swimmers on proper biomechanics and how it applies to competitive swimming. Connor has also coached for several years as a head coach for Pound Ridge Swim Team and The Tokeneke Club in Darien CT. His hobbies include traveling, surfing, skiing, scuba-diving, wood-working and spending time with friends and family.

Currently coaching the Marlins Masters program, Greg recently joined the Marlins swim team staff! Beforte coming to Marlins, he was an assistant coach for the Ossining Spartans, Rivertown Rays, and 8 & U coach for the Pace Settlers Swim Team.  He believes in prioritizing the athletes’ health, happiness, and long-term development first and foremost.  Greg has a B.S. in Psychology and minor in Philosophy.  He regularly swims laps for his mental and physical health, and loves to flyfish, kayak, and in general is an outdoorsman in his free time.

Jace began competing as a USA Swimming member with ANSC in western PA, and following a move his junior year in high school, continued at Badger Swim Club. As a high school swimmer, he was swam at Shady Side Academy in Pittsburgh, and Iona Preparatory in New Rochelle. In college, Jace swam for a strong Carnegie Mellon program for 3 seasons and one meet at SUNY Purchase. After receiving his B.A. from Purchase, Jace worked for Asphalt Green, the Gatewayves Swim Team,  Storm Aquatics and the Mount Kisco Country Club. Jace still enjoys competing and training as a Masters Swimmer.