Coach Rachel (Campbell) Hess began swimming competitively at the age of eleven at Golden Meadows with the Lancaster Aquatic Club. A few years later she joined the Trident Aquatic Club where she completed her high school years. Practicing morning and evening six days a week she ate and breathed swimming. Here she honed her swimming skills and learned discipline. At that time, Solanco did not have a swim team. Rachel made a special request to the school board and created the Solanco High School Swim Team of one, in order to swim competitively at Districts. Every summer she swam for the Conestoga Swim Team. Here she made lasting friendships and truly enjoyed the spirit of the team. Her relay team record held for many years. She then went on to swim for Millersville University. Rachel just finished her 6th year coaching the Conestoga Swim Team.  Rachel is married to Dan Hess and they have four children who among other activities enjoy swimming. She previously taught swim lessons at the YMCA and Swim America. Rachel desires to share her love of swimming and passion for the sport with the next generation of swimmers. 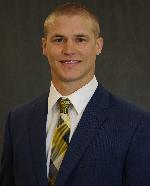 Eric swam at Bloomsburg University from 2013-2017. While at BU he was a 5 time Relay PSAC Champion, 9 Time All-American, and currently holds 4 Conference records. In the summers between academic years, Eric coached for the Greater Scranton YMCA (GSY) where he also swam for his senior year of HS. Upon graduation from BU, Eric was selected to be the head coach for all age groups at GSY and remained in that position until hired as the swimming graduate assistant at Misericordia University.

While at Misericordia Eric was responsible for many aspects of training, working primarily with the sprint and mid-distance groups. Off the pool deck he was responsible for creating and implementing the strength and conditioning program which helped produce MAC Champions and school record holders. Also, in between years at MU, Eric helped work the University of Buffalo Swim Camp.

Upon graduation from Misericordia  Eric accepted the head coaching job here at Millersville U. During his time here at MU, the team has broken 1 school record, added 10 new performances to the school’s all-time Top 10 list, and most recently tied the programs best finish at the PSAC Championships.

With MSC, Eric's goal is to push each athlete to become the best overall swimmer they can be. He hopes to expand their skills and training style all while enjoying the sport we all have grown to love. 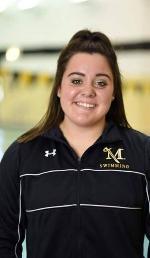 Maddi has been swimming for 12 years. She began swimming at he York YMCA when she was 8 years old. and continued there for the next 7 years. When Maddi got to high school, she began swimming for the West York swim team until graduation. There she holds two relay records. Maddi is currently a sophomore in college and swims for the Millersville Swim Team. 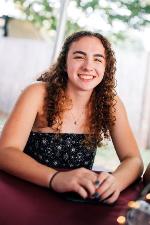 I am a current student at Millersville University. I am majoring psychology and minoring chemistry. In addition, I am also part of the Millersville Swim Team. When I'm not around the pool you can find me hanging with my cat!

I'm really looking forward to this season as well as an opportunity to coach for the program!