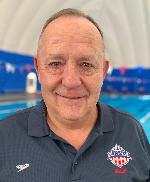 Coach Stan Crump has coached and been successful at every level in competitive swimming, from the summer leagues to the NCAA 1 level.  He comes to HAST from BYU, where he spent 31 years as Head Women's Coach and Assistant Head Coach for BYU Swimming (men's and women's combined).  At BYU, his teams won 17 conference championships, and he coached numerous NCAA All-Americans, National finalists, and Olympic qualifiers.

A nine-time coach of the year in the collegiate ranks, Stan has also been named a Master Coach in 1994, and a Distinguished Coach in 2004 by the Collegiate Swim Coaches of America.  In 2002, he earned the Level 5 designation from the American Swimming Coaches Association, and has also received 13 ASCA Certificates of Achievement.

He directed the Cougar Swim Camp at BYU for 23 years, and has directed or presented at many clinics, including an assignment from USA Swimming in Amman, Jordan, at the University of Jordan. Previous to BYU, he was Head Coach for Timpview High School, and for the Utah Valley Dolphins.  His first coaching assignment was at Pleasant Grove, in the summer league in 1975.

Stan is married to the former Holly Ann Daughtrey.  They have been married for 36 years, and have five children: Maggie, Jacob, Susannah, Wesley, and Eliza.  They reside in Lehi, Utah. 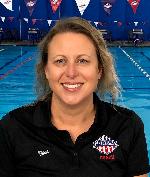 Kirsten began swimming for the Y- Spartaquatics Swim Club in Spartanburg, South Carolina when she was 10 years old before moving to Utah at age 13. She set many state and YMCA National records and was ranked National Top 16 in the 100 breaststroke. After high school she swam for #7 ranked Arizona State University.  Her coaching career began in Idaho Falls as a volunteer age group coach for the Idaho Falls Cutthroats and later as the interim Head Coach, helping swimmers prepare to compete at the collegiate level and earn college scholarships. Kirsten has been coaching at HAST for 2 years and was an interim Senior Gold coach for the 2012 long course season. She is currently one of the Senior Bronze coaches. Kirsten believes that hard work can be addicting and fun. She encourages kids to be the best they can be regardless of their swimming level. 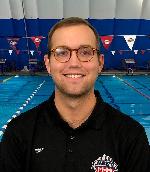 I grew up swimming in Dallas, Texas starting at 8 years old until I was 18. I swam club for Texas Ford Aquatics and for McKinney Boyd High School. I have faced much adversity in the sport of swimming that I believe, has made me a better person. That adversity included having a disease that inhibited my ability to eat food. For the majority of my swimming career I was only allowed to drink medical formula(3 meals a day) as my only source of calories. Despite not being able to eat food for many years I was able to break records in the 200 IM and 100 Breaststroke for McKinney Boyd High School.

I love this sport, I love sharing my story to motivate people, and I love mentoring and teaching kids to be a better person in and out of the pool. 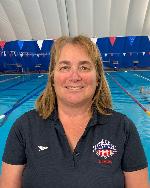 Coach Shepherdson began her coaching career as a summer league coach.  After 7 years in the summer league she coached at Lehi High School for 9 years. She started coaching for HAST in 2005 as the Stingray coach and then moved on to the Dolphins. She is currently coaching the 11 & 12 year olds in the Barracuda/Dolphin group.  She really enjoys working with the age groups swimmers, and loves seeing their eyes light up when they start to understand stroke mechanics and start to really swim fast.  "When this happens, the swimmers get really excited about swimming and that makes my job fun!!" 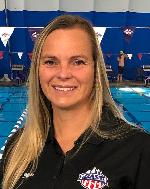 Coach Tiffany has been a coach at HAST for many years. She has been our Senior Coach and has also been the American Fork High School Swim Coach. BYU recruited Celeste as a backstroker and was the captain of the BYU swim team her junior and senior year. She and her husband Steven have two sons and one daughter. She loves to see the improvement and the excitement of the swimmers as they learn to love swimming. 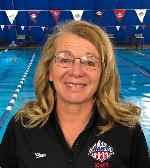 Coach Beth Grant coached with our team before moving with her husband to California several years ago. Now she has returned, and we are so glad to have her back!!  Her many years of coaching beginner through high school level swimmers makes her an all around great coach.