Head Coach Amina Serir has been leading the CCA Marlins since 2017 and brings a wealth of international swimming experience. In her short time leading the program, she has coached swimmers who swam at Futures, NCSAs and Zones.  Last season the team doubled in size and this season the Marlins are excited to announce a second site at Lancerlot Sports Complex. Amina aspires to take swimmers to Junior Nationals and Olympic Trials in the upcoming three years.

Amina was born and raised in Algeria and recently became naturalized as a U.S. citizen.  She started swimming at the age of 5. At age 12, she qualified for her first international meet with the Algerian National Team.  For 8 years she competed with the international team and trained with the top 15 swimmers in the country. During those years she had the opportunity to train with some of the best international coaches and compete against the top swimmers in the world.  She competed in the Magherban Championships, African Games, Mare Nostrum, and Arab Games, among other top international meets.  Some of the different countries she visited during her illustrious swimming career include Morocco, Tunisia, France, Spain, Hungary, Austria, Italy, Senegal, Abu Dhabi (UAE), Qatar, Syria, Jordan, Oman, and Egypt.

Amina began coaching swimming at the age of 17 as an assistant coach to Algeria’s international team USMA and her age-group team NRDI.  In 2010 Amina became the general manager of one of Algeria’s elite swim teams which required her to lead the coaching staff, run practices, manage the facilities, coordinate international travel, liaison with international athletes, and manage the team’s general budget.

Amina moved to the United States in 2015. She was the Aquatics Director at the Kirk Family YMCA from 2016-2017.  In November 2017, thanks to influence of Coach Louis Tudor, Amina joined the CCA Marlins as Head Swim Coach. She is ASCA level 3 certified.

Amina graduated with honors from Algeria’s University of (EHEC) High Business Education in 2010 with a bachelor’s degree in Business and Marketing.  She received a second bachelor’s degree as a General Physical Instructor with a specialty in swimming and an Elite Athlete rank. In addition, Amina was recruited by Algeria to revive the sport of synchronized swimming and graduated from an intensive training program as a synchronized swimming instructor in 2014.

Some interesting facts about Amina are: 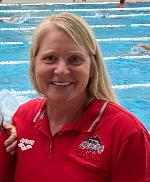 Susan came to the Marlins program in 2012 with over 25 years of swim instruction experience.  She is the CCA Marlins Swim America program director and coaches the Mini Marlins 1 at both the CAC and Lancerlot sites.
Susan grew up in the Roanoke Valley, swimming at the Elks Club summer league swim team. Her joy of swimming led her to swim coaching at various summer league programs throughout the Roanoke Valley, including the Elks Club, Countryside, and North Lakes Swim Clubs.  Coach Susan was a swimmer in college while attending the University of Mary Washington, where she earned a BA degree in sociology and teaching.
In more recent years Susan has continued to offer private swim lessons and has coached for swim teams at Roanoke Catholic High School, Lord Botetourt High School, and Read Mountain Summer League Swim Team.  She was named Roanoke Catholic Coach of the Year for the 2019-2020 school year.  She is ASCA Level 3 certified and a certified water safety instructor, lifeguard, as well as a swim instructor at the Botetourt Athletic Club.
Susan is married to Doug and is the mother of three : Jennifer, John and Juliana.   A welcome addition to the Marlins family, Susan adds "Through my experiences as a swimmer, instructor, and coach, I realize the life-long benefits of swimming and appreciate every level of swimming. Learning to swim is essential and takes patience on the part of the swimmer, parent and coach.  It brings me great joy to see an "emerging" swimmer of any age." 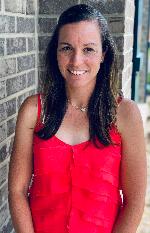 Coach Buffy joined the Marlins coaching staff in 2020 as the Silver group coach. Buffy started swimming competitively when she was 7 years old because she wanted to keep up with her older siblings.  She swam for the Wilson Water Warriors (Wilson, NC) and Y-Spartaquatics Swim Club (Spartanburg, SC).  She was an All-State swimmer for 7 years in South Carolina.  She earned 23 All-American honors for the YMCA and was a Junior National qualifier in the 1,650 and 1,000 freestyle, and 100 and 200 backstroke.  She was also a member of YSSC's YMCA National Championship team.
Buffy continued her swimming career at Virginia Tech.  She was a three-year team captain and a four-year member of the All-Academic team.  She specialized in distance free and backstroke.  She finished second in the 1650 freestyle at conference championships for two consecutive years.  She also finished second in the 500 freestyle and seventh in the 200 backstroke at conference championships.  Buffy graduated from Virginia Tech with a degree in Public Communications.
After graduating Buffy married her college sweetheart, Dave.  Over the years, they have lived in eight different places.  She returned to school and received her teaching degree from Belmont Abbey College. She has taught elementary and preschool-aged children in various capacities, including coaching for three swim teams.  Buffy is ASCA Level 2 certified.
Dave and Buffy have four girls, all who swim for the Marlins.  In her free time, Buffy enjoys spending time with her family, reading, exercising, boating, and being outdoors.  As a coach, Buffy loves helping kids improve thier stroke technique while also making swimming fun.

Coach Jamie joined the Marlins coaching staff in August of 2019 as the Bronze group coach.  Jamie grew up in the Roanoke Valley and swam year-round with the Marlins.  She competed nationally with the Marlins at meets such as Junior Nationals and the US Open. She continued her swimming career at Virginia Tech where she double majored in Wildlife Science and Biology.  At Virginia Tech she specialized in sprint freestyle, butterfly, and backstroke.  Jamie was named a member of the Big East All Academic Team all 4 years at Virginia Tech, competed at Senior Nationals in the 50 free, finished 4th at the Nike Cup in 2003, and had top ten finishes at the Big East Championships.

After finishing her college career, Jamie received her Master of Education degree. During this time she coached the Lord Botetourt High School swim team and was two time Blue Ridge District Coach of the Year.  Jamie continued her coaching at Radford University as an assistant coach while finishing her degree in Education.  She is currently the head coach for RVAA's Castle Rock swim team.
Jamie was a biology teacher for 4 years at Louisa Middle School in Charlottesville, VA before moving back to the Roanoke Valley.  She has two children who swim for the Marlins.  She loves hiking, surfing, horseback riding, gardening, and the great outdoors. She loves helping swimmers develop a passion for the sport and a love for the water.

Coach Jayden joined the CCA Marlins coaching staff in 2021.  He coached for Star City Aquatic Team for one year before the teams merged.
Jayden is in avid runner and ran both cross country and track at William Byrd High School.  He is currently studying to become a physical therapist assistant at Virginia Western Community College. Jayden has played music for as long as he can remember and in his free time you will find him playing the drums, guitar and bass.
Jayden is excited to join the Marlins staff and will be coaching at the Lancerlot Sports Complex.  He looks forward to working with all the swimmers to help them become the best athletes they can be! 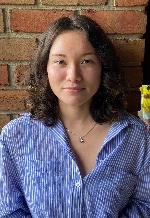 Coach Jess joined the coaching staff in 2019 and coaches the Mini Marlins 2.  She will also be coaching at Lancerlot this season.
Jess was taught how to swim in elementary school by Coach Susan Bleecker, who later convinced her to join the Reed Mountain Swim Team.  She swam there for 8 years.  She also swam for William Byrd High School, specializing in 50 free and 100 fly.
After high school, Jess attended the University of Virginia and graduated with a degree in biology with a minor in chemistry.  She plans to further her educaiton at veterinary school in future.
Besides swimming, Coach Jess enjoys running, hiking, rock climbing and kayaking.

Coach Louis Tudor was the former Marlin’s Head Master’s Coach and also assisted with the multiple swim groups in the Marlins program. He will always be a part of the CCA Marlins family.

Louis grew up in Greensboro, North Carolina but was a long term resident of the Roanoke Valley where he was influential in the development of an unmeasurable number of swimmers of all ages and levels. Tudor was an ASCA Level II certified coach, Head Coach of the Roanoke Valley’s “City Swim” program, the Adult Swim Coordinator at the Kirk Family YMCA, the Adult Swim Coach at Hunting Hills Country Club, and the former Head Coach of Roanoke Catholic School where he garnered four Coach of the Year Awards over an eleven year tenure.

Louis also had an impressive swimming career. His notable age group career led to him earning a scholarship to swim for the University of North Carolina where he qualified for the NCAA’s and was a four year letterman. Coach Tudor earned multiple USMS Top Ten National finishes as well as USMS World rankings (4th in 50 free and a member of three 1st place ranking relays in 2000) and was an active participant and record holder in RVAA since 1985.

Tudor both loved an audience with and embraced the challenge of getting anyone faster no matter the age or talent level. As Tudor put it, "It's the reason I coach - the two way exchange of information between the coach and swimmer towards achieving a common goal that keeps me in it". Louis was married to his beautiful wife Jessica had four children: Erin, Nicholas, Shane, and Hannah (all of whom are former Marlins swimmers). He is deeply missed by the CCA Marlins organization.  His dedication to the entire Roanoke swimming community has left a lasting legacy.