Coach Art Anthony is the CEO of the East Coast Aquatic Team.  Art has a vast exposure and background that began in 1993 and has continued through today. Coach Art has been involved with, organized, marketed, and ran: Swim lessons, stroke clinics, swim camps, summer leagues, winter leagues, high school, masters programs, and USA swimming. Coach Art has been coaching USA swimmers since 2002 and is proud to have worked with so many great individuals.

Coach Art did his undergraduate work at James Madison University where he graduated with a BBA in Computer information Systems.  He received his MBA from Averett University and is currently working on his Doctorate in Business Administration from Liberty University.  Coach Art is active in the community and in Virginia swimming where he sits on several boards of directors and committees.

Coach Art primarily works with our 10 and under program and swimmers new to the sport teaching them fundamentals, developing technique and muscle memory, developing training habits and work ethic, and instilling a love for the sport of swimming.  Regardless if your swimmers are new to the sport or if you have a seasoned athlete, contact Coach Art to see what East Coast Aquatic Team can do for your swimmer and family. He can be contacted at [email protected] and looks forward to speaking to you about the sport of swimming.

Kristian Ramkvist was born and raised in Sweden. He started swimming as a toddler and never stopped! In his swimming career he made it as far as the Junior National team before deciding to extend his career and move to the US to swim in college.  Kristian received a bachelors Degree from Old Dominion University in Business Management.

When he moved back to the United States he coached college for a year then made the switch to club team age group coaching.
Two years later he started with Ecat and became the head site coach for Ecat in Portsmouth. From there he this year took over the role as Head Coach for ECAT.

On his spare time he loves spending time with his Wife Amanda and two year old son Hans. Preferably on some beach in the outer banks.

Margueritte learned to swim in the Old Downtown Portsmouth YMCA at the age of 2. She started swimming competitively at the age of 5. She grew up splitting time living between the USA and France.  After graduating she decided to focus on her career and family, but never forgot about the love of swimming. As a young adult during her summers in France you would always find her working at the pool coaching. Margueritte has always loved teaching and coaching children. She has three children of her own and finds this even more rewarding watching them grow and learn in the pool. She has coached USA swimming since 2009. Prior to last she coached YMCA swim team. She has also coached High School Swimming for Nansemond Suffolk Academy. She is has been the Head Coach for Marlin Club swim team for the past 6 summers. She currently holds a level 2 ASCA certification and USA swimming certification. She looks forward to working with each and every child that comes to the pool.

Betsy Beaman is a graduate of Nansemond Suffolk Academy and Virginia Tech (B.S. in Human Development , and M.S. in Curriculum and Instruction).  Growing up, Betsy competed with the Old Dominion Aquatic Club, Nansemond Suffolk Academy, and The Marlin Club Swim Team in Chesapeake, Virginia.  Betsy served as an Assistant Coach of the Marlin Club Swim Team from 2017 to 2018, and as Head Coach from 2002 to 2005.  After graduating from Virginia Tech, Betsy taught first grade for 7 years at Cedar Road Elementary School in Chesapeake, Virginia.  Betsy and her husband Rob have twin 5 year-old-girls (Katie Lee and Grace) who compete with ECAT.

Coach Leah is a homeschooled high school senior. She has been swimming competitively for the past six years. While babysitting at a young age, Leah realized her love for children. Last fall, Leah began coaching our Developmental Group here at East Coast Aquatic Team, and has since started teaching swim lessons. She enjoys working with young children and helping them progress in their swimming so that they may fully enjoy summers at the pool. 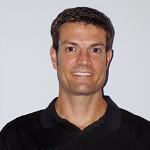 Ryan had an amazing and successful swimming career.  After growing up for Curl Burke Swim Club in Germantown MD, Ryan went on to swim four years at James Madison University.  Ryan was a record setting swimmer at JMU (qualifying for NCAAs and the Olympic Trials) as well as CAA Rookie of the Year, CAA Swimmer of the Year, JMU’s Male Athlete of the Year (’97) and was inducted into JMU’s Athletic Hall of Fame (2010). Ryan went back to JMU for postgraduate work where he coached the JMU men’s swim team. After his college career, Ryan found mountain biking, cycling, triathlon, and duathlon. He is an ASCA and USA Swimming, and USA Triathlon certified coach. Ryan is a master technician in the water helping all levels of athletes reach success in the pool. 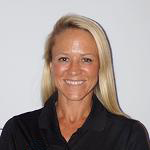 Affectionately known as the steam engine, Kim Frost has often been overheard saying things such as, “Let’s hurry up and relax.” Kim enjoys racing at all the distances. Kim was a collegiate cheerleader at James Madison University for four years, with her co-ed team winning Nationals in 1996. While in college, she developed a love for mountain biking and running which led to early involvement in adventure racing, non-traditional triathlons, and off-road duathlons. She has competed at all the running distances and all short and long course triathlon distances. Kim’s certifications include: AFAA group Fitness, ACE personal training, Schwinn Cycling, TRX, McGee Running, USA Triathlon certified, and USA swimming certified coach.  Kim has guided tons of youth and adult athletes across all levels to enjoying success in the sport.  She has a passion for introducing people to the sport and fostering a lifestyle of fitness.