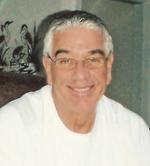 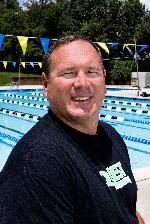 Chad Onken is the Co-Head Coach of the Quest Swimming program in his hometown of Midlothian, Virginia. He started with Quest on January 1st, 2019.

Primarily known for the discovery and development of world record holder, NCAA Champion, and 2008/2012 US Olympic Gold Medalist Cullen Jones, Chad has almost 20 years of successful championship coaching experience throughout age group, high school, YMCA, and NCAA championship swimming. In addition to being a Level 5 certified coach by the American Swimming Coaches Association, Chad is also a six-time recipient of the ASCA "Award for Coaching Excellence."

Most recently Chad has been voted to the ASCA (American Swimming Coaches Association) Board of Directors. Additionally, Onken has been an active member of various committees and governance organizations within the YMCA of the USA, NC Swimming, VA swimming and USA Swimming. He currently serves on the Board of Directors for Virginia Swimming, and is also a member of the VSI Senior Committee and Governance Committee.

Before Quest, Chad served as the Head Coach/Senior Director of Competitive Swimming at the YMCA of the Triangle Area (YOTA) Swim Team in Raleigh, NC from 2006-2018. During his time with the YOTA Swim Team, Chad oversaw the "Golden Age" of the program; breaking several North Carolina state records, coaching a USA Swimming Junior National champion, recording numerous USA Swimming Junior and Senior National time standards, breaking 100+ YOTA team records, winning dozens of YMCA National individual and relay titles, setting a number of YMCA National records, and breaking 3 National Age Group records. Chad led a group of six YOTA athletes to Olympic Trials in 2012 and seven YOTA athletes to Omaha in 2016. YOTA also had success on the international level as well, having multiple athletes qualify to represent the United States in a variety of international competitions. The YMCA of the Triangle Area Swim Team had athletes qualify for the 2009-2010, 2010-2011, 2011-2012, and 2014-2015 USA National Junior Teams.

Additionally, the YOTA Swim Team was crowned the 2010, 2011, and 2012 Men's YMCA National Champions and 2014 Women’s YMCA National Champions under Coach Onken's leadership. Chad's success has been recognized by USA Swimming, as he was selected to be on the coaching staff for a variety of national teams and select camps. Chad has also been nominated for several Coach of the Year awards, both within NC and throughout the country - winning the 2012 NC Swimming "Coach of the Year" award.

Chad graduated from Florida State University in 1999 with a Bachelor of Science in Criminal Justice; while helping the swimming team achieve top twelve finishes at the NCAA Championships. Given a choice to attend law school or coach swimming, Chad decided to give back to a sport that gave him so much.

Chad moved to Raleigh in 2000 as the Head Assistant Coach and Recruiting Coordinator at NC State University. In addition to his regular on-deck duties for the Wolfpack, Onken played an instrumental role in the strength and conditioning, team building, mental training, nutritional education and academic development of the swimmers at N.C. State. While at N.C. State, Chad was the primary coach responsible for developing one USA Swimming National “B” Team Member, six US Olympic Trial qualifiers, six NCAA All-Americans, six ACC Champions, 10 school record holders, and five top 100 FINA World Ranked athletes. Furthermore, Onken served as the Head Coach for the N.C. State Aquatics Team during the summertime, where two of his athletes represented the United States in international competition. Chad was also very involved with the Fellowship of Christian Athletes and the Athletes In Action program.

Having coached alongside some of the best coaches in the business, Chad considers both David Marsh and Dudley Duncan to be his two primary mentors.

Chad is very happily married to the former Lauren Romano, also of Midlothian, Virginia. They have an adorable schnoodle puppy named Bowden and are the proud parents of two beautiful daughters, Marilyn and Charlotte. 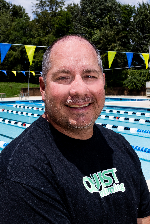 * Assistant Coach of Quest Swimming since 2004

* Swam for Clarion University of Pennsylvania 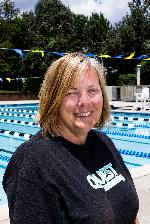 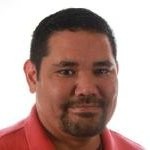 I am thrilled to be a part of the Quest family! Since the age of 6, swimming has been a major part of my life and it excites me to pass it along to others. I began swimming competitively on my local age group team in Pennsylvania and continued through high school. At Kutztown University I was a four year member of the swim team and captained the team my senior year. Since then I’ve been an active member of a masters team in various places I’ve lived, including here at Quest. During the summer I’m also the coach of the Woodlake Hurricanes. I’m also a teacher and when I’m not at school and or poolside I can be found hanging out with our dog and traveling. Go Quest!

Competed for the Mercersburg Area Swim Club growing up

Actively swims for Quest as a Masters swimmer

Degree in elementary and early childhood education from Kutztown University