Coach Kerry came on as interim coach of Walnut Creek Masters in October of 1980. In February of 1981, he was hired as the team's second Head Coach, commenting during the interview process that he could see himself committing to the position for 5 years. The rest, as they say, is history. Kerry is a Level 5 ASCA Masters Coach, 1987 USMS Coach of the Year, and 1992 Pacific Masters Coach of the Year.  As catalyst and lead coach of the WCM Intensive Training Camp starting in 1988, it is nationally recognized as the longest running and most successful  swim camp in United States Masters history. Kerry enjoys sharing is enthusiasm for teaching and mentoring with others, and throughout his tenure has lead Camps and Clinics across the country. In 2009, United States Masters Swimming initiated the Kerry O'Brien Coaching Award to honor others who share his passion and dedication to the profession of masters coaching.
He also tries to lead by example, and is very active in competitive pool events, finding the personal challenge and "team" component much to his liking. Kerry's wife and fellow WCM member Charlene O'Brien has been registrar for Pacific Masters Swimming since 2013. Coach Kerry is on deck Mondays, Tuesdays, Thursdays and Fridays.
"It's the people that make Masters Swimming great, and nowhere is that more true than on Walnut Creek Masters"
- Coach Kerry 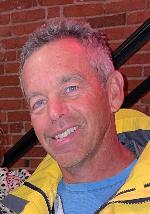 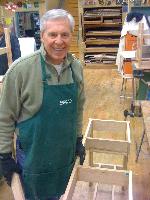 Bosco has been the Team Manager of Walnut Creek Masters since 1987. As Team Manager, he is an ex-officio member of the Board of Directors with no voting rights. He is responsible for maintaining the registration of all members and responsible for the day to day business operation of the Team.

He was employed as a police officer in Oakland for almost 9 years and then for over 33 years with the Alameda County District Attorney's Office. He retired from the District Attorney's Office in 2004, as the Director of the Victim/Witness Assistance Division, a program he began in 1974, as the first of its kind in California and one of the original eight such programs in the Nation. His retirement was short-lived however, as he was asked to return to work on various projects and he continues to work for the District Attorney's Office as a retired annuitant. He is currently the President of the Board of Directors of the Alameda County Family Justice Center, Oakland, a non-profit, one-stop location for victims of sexual assault, domestic violence, child abuse, human trafficking, and elder abuse, and their families. Bosco competes in the 75-79 age group.