Head Coach, Scott Mueller started his coaching career as an “Aggie Swim Camp coach”, and went on to assist the Men’s Team at Texas A&M working with the distance, mid-distance and sprint groups during his fifth year. After that, he coached a YMCA Masters Team in Austin Texas. He then coached a year for Ozaukee Aquatics, in Mequon, WI.  He has been the Head Coach for Menomonee Falls Swim Club for 10 1/2 years.  Over the 10 years he has coached a variety of athletes from Novice Level to State, Junior National, Senior National and Olympic Trial Qualifying swimmers.  He has also coached a swimmer to a USA National Junior Team 2011-2012 and was named a 2011-2012 National Junior Team Coach.

As a coach, Scott draws from his personal experiences in the pool. He started his career as a competitive swimmer at the age of six. Collecting many team & state records, and Top 16 rankings along the way, he knows the hard work and dedication it takes each and every day. A graduate of Homestead High School, Coach Scott led the Highlanders to multiple team state titles and individual state titles of his own in the 200 IM and 100 free. Attaining All-American status in 1999 & 2000, was the Wisconsin State Division I Swimmer of the Year in 2000, a Junior National Champion in the 400 IM in the spring of 2000 and a Senior National Qualifier in 2000.

Coach Scott went on to swim for Texas A&M University. He was a three time All-American, a Big 12 champion (400 IM), and held multiple school records. He qualified for Olympic Trials in 2004 in the 200 IM and again in 2012 in the 50 Free, attained a world ranking in the 400 IM and graduated with a degree in Finance.

When not coaching, Scott likes to get in a round of golf, or head to Northern Wisconsin for some fishing.

Coach Scott believes that many of life’s lessons can be taught in the pool, besides becoming the best possible swimmer that you can be. Keeping it fun, yet challenging on each level is a philosophy that he strives to attain each day on the deck. 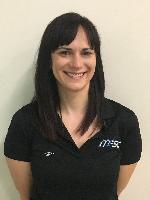 Email Coach Jennie Wolf Coach Jennie began coaching at MFSC in October, 2008.  She primarily works with the Silver and Gold Age Groups, and can also be found helping with Silver Novice and the Seniors.

Coach Jennie continued her swimming career at UW Stevens Point. While at UWSP she was a 10 time Conference Champion, a 4 time Division III All-American Honorable Mention, and received All-American Honors in the 100 Breaststroke and 200 Medley Relay as a Senior. She was voted team MVP in 2005 and 2006, and received the WIAC Scholar Athlete Award in 2006.

As an Assistant Coach with UWSP (2006-2007) Coach Jennie worked with the I.M. group, ran dry-lands for the distance swimmers, and served as the Assistant Coach for the UWSP Women’s National Team. While in Point she also coached at the Central Wisconsin Swim Camps and was a WIAA Official.

While coaching at MFSC, Coach Jennie has worked with all age groups and abilities, including several 12 & Under State Qualifiers.  She has enjoyed watching the age group swimmers progress over the past 3 years, and looks forward to even more success in the future. 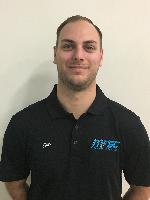 Matt swam just a few years in High School for the Brookfield combined boys team, but instantly loved the sport. After being away from swimming for just a few years in college, Coach Matt began his coaching career as a volunteer assistant coach at Riverside University High School while  student teaching before graduating with a degree in Education and History.

Since then Coach Matt has become the Head Coach for West Allis Boys swimming and the Menomonee Falls Middle School Head Coach, where he implements the knowledge and passion he has gained from MFSC.

During his time with MFSC Coach Matt has worked with all ages, however no matter the age or group it has been most rewarding to see and hear both from swimmers and parents the effect swimming and MFSC has had. 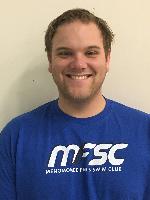 Matt went to school at Brown Deer High School where he swam for four years on the high school team. In the off season he spent his time swimming for the Schroeder YMCA Swim Team for two years. After he graduated high school he decided to continue his education by going to University of Wisconsin - Whitewater where he majored in elementary education and minored in coaching and in general science. During his time at Whitewater he coached for South Central Swim Team located in Janesville, WI. His main focus when working at SCST was the Age Group where they would work on technique of all strokes and worked on having fun in swimming. He worked at SCST for three years until he moved back to Brown Deer in May of 2015. He then completed his student teaching placement and graduated in December of 2015. He is very excited to be back coaching!!! 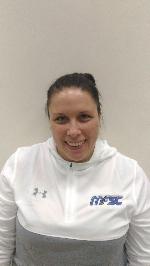 Heather has been coaching the Silver Novice group for the Menomonee Falls Swim Club since 2011.  She works at Robert W. Baird & Co. in downtown Milwaukee as a Compliance Officer.

Coach Heather started swimming competitively at age 5 for the Germantown Seahawk Swim Club. At the age of 13 she joined the Menomonee Falls Swim Club where she still holds the club record for the 200 Medley and 200 Free Relays.

Heather attended Germantown High School where she was a 4 year letter winner and team captain and held school records in the 100 backstroke and 200 medley relay.  When Heather decided to swim at Wheaton College (IL) she thought she would continue to swim the 100 back.  Upon meeting her coach for the first time, he asked if she had ever swam the mile.  After answering truthfully, it was decided that she would be a distance swimmer for Wheaton and that was it.  She was a 4 year letter winner, making the Division III National B-cut in the 1,650 every year and being selected to swim at the Division III Nationals meet her junior year.   Heather graduated from Wheaton in 1998 with a BA in Literature.

Heather started coaching for Germantown in 1999 and worked over the years with the newer swimmers, including some current MFSC swimmers.  She worked one season as the assistant coach for the Germantown High School girls swim team.  When the high school pool closed and the swim club broke up, Heather took some years off to pursue her career with Baird.Coming back to the sport after a few years off, she noticed that even in that short time there were many new and exciting techniques and even new rules to learn.  What hasn’t changed over the years is that it is important for swimmers to have fun and learn new skills simultaneously.  It’s rewarding to teach kids about teamwork and respect at such a young age and watch the swimmers flourish in and out of the pool.

Liz overseas our Pre-Competive Group.  In addition to being a former high school and collegiate swimmer, Liz has over ten years experience teaching swimming lessons. Liz has been involved with the Menomonee Falls Swim Club since June 2009, as a parent and a board member.  She currently has two daughters on the team, Sarah, 16 years old, and Emily, 8 years old. 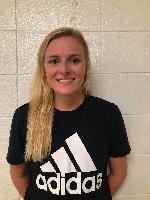 Rachel attended the University of Northern Iowa for four years and would briefly return during the summer months to help coach MFSC’s Silver Novice age group. Throughout high school, Rachel served as a swim instructor for both Tri-County YMCA and MFSC’s Pre-Competitive age group. Rachel is currently a coach for MFSC’s Silver Novice age group and an assistant coach for the MFHAM women’s high school swimming team. While coaching, she will also be going back to school to study nursing and to receive her EMT certification.
Rachel, at the age of nine, started swimming competitively for the Germantown Seahawks Swim Club. In 2006, when the Germantown pool shut down, Rachel and her two siblings began swimming for Menomonee Falls Swim Club. After fully committing to the sport of swimming, Rachel qualified for multiple state, zones, and NCSA Junior National meets under Coach Scott Mueller. Rachel currently holds club records in the 200, 500, 1000, and 1650-yard freestyle as well as the 200, 400, and 800 free relays. While attending Germantown High School, Rachel swam and competed for the Warhawks. She was a 2-time state qualifier and still remains the record holder in the 100 free, 200 free relay and 400 free relay.
As stated above, Rachel is a recent college graduate from the University of Northern Iowa, where she swam competitively and received a degree in Kinesiology, with a minor in Coaching. Her primary stroke is freestyle with a focus on distance swimming. Rachel was a captain during her junior year season and holds individual (500 free) and relay records (400 and 800 free relays) for the University of Northern Iowa panthers.
Rachel is passionate about the sport of swimming and cannot wait to share her knowledge and experiences with MFSC’s younger swimmers. Swimming is fun and something that she still loves and will continue to love everyday!

Coach Lori joined Rocket Aquatics in spring of 2019 as a senior coach.

Lori's swim career started at a young age as a club swimmer. She swam for Two Rivers High School where she was a 4 time conference champ in the 200 IM and record holder in multiple events. Lori attended the University of Wisconsin – LaCrosse where she swam all four years. She was captain, MVP, school record holder and a 7-time Division 3 All American swimmer.

After college, Lori was the head swim coach for Janesville Craig High School before moving to the Milwaukee area.

In 2016, Lori took over as head coach for the Germantown Girls Swim Team where she has enjoyed working with the high school girls helping them become the best swimmers they can be and achieve the goals they set out to achieve.

Lori has a bachelors degree in Community Health Education and a Masters degree in Education. Lori lives in Germantown with her husband and two children, one of which swims for Rocket Aquatics. 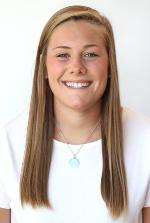 Morgan is currently coaching RA’s Gold Novice age group. She attended Lindenwood University for four years and has taught MFSC’s Pre-Competitive age group since 2011. This summer (2019) she applied to dental school and is volunteering at the Waukesha County Community dental clinic in Menomenee Falls.

Morgan was introduced to competitive swimming by her dad, Jim Fischer, who swam for MFSC’s Masters team in 2007.  She continued pursing her swimming career and has swam at several state, Speedo Sectionals,  NCSA National meets.  Morgan attended and swam for her high school team, Divine Savior Holy Angles High Schools in Milwaukee for four years. Under Coach Scott, Morgan found her passion for swimming and was able to achieve her greatest goal, which was swimming at the collegiate level.

At Lindenewood University, Morgan received a Bachelor’s degree in Chemistry with an emphasis in Biochemistry, while swimming as a Lion.  She started her freshmen season as a middle-distance freestyler, swimming the 50, 100, and 200, and finished out her senior year as a distance freestyler, swimming the 200, 500, 1000, and 1650.  She swam at the NCAA Division II National Championships all four years at Lindenwood and received All-American her sophomore, junior, and senior year.  Morgan currently swims Masters with her dad and continues to find love for the sport.

Morgan is very excited to be back where her swimming journey started and hopes to teach the younger swimmers about the endless opportunities swimming has to offer.  With several years of experience and forever friendships, Morgan cannot wait to share her knowledge with the developing team and contribute to the success of Rocket Aquatics.