Originally from Lakeville, Minnesota, Alayna began swimming competitively at 8 years old and continued swimming through college at Calvin College in Grand Rapids, Michigan.  Her main events in college were the 100 Butterfly, 200 Butterfly, and the 400IM.  She started working with swimmers as a swim lesson instructer at age 16. Through college, she swam and coached the Calvin College Age Group Swim Team.

Alayna moved to Madison to recieve her Masters in Social Work and fell in love with both the city and the team. She is also working as a School Social Worker at Elm Lawn Elementary School in Middleton.

This is Alayna’s third year as the Head Coach for YDC United – West. 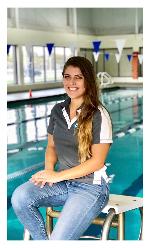 Born and raised on the east side of Madison, Tessa began taking swim lessons at the YMCA at age 4. During her first class, Lynn Stickels who was the head coach of MEYO (Madison East Y Octopi) at the time, plucked her out of the lesson and had her try out the swim team. There was no turning back after that! From then on, Tessa swam nonstop all the way through high school.
Tessa has taught swim lessons for 8 years and combine that with swimming for 15+ years, she had a great base to start coaching. She figured those who can’t do, teach! She has been coaching for about 5 years and also works for an Architectural Company on the west side of Madison.

Tyler began competitively swimming in 2000 at the age of seven. During the winter, he swam with the Green County Golden Gators until 2006. Over the summers, he swam with the Monroe Area Swim Team (MAST) until 2009. In his final summer of swimming, he started coaching for MAST and continued to serve as an assistant coach until 2012. In 2013 he served as the Co-Head Coach of MAST alongside his mother, Linda. In 2015, Tyler began helping out with the YDC United Swim Team. This year marks his fourth year of coaching for the team. Tyler also served as the Assistant Coach of the Monroe-New Glarus High School Girls Swim Team coaching under his mother, Linda, from 2016 through 2018. He also served as an Assistant Coach with the Goodman Waves for two years. 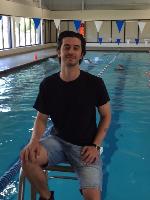 Hello everyone! My name is Nick Nager and I am the new Head Coach for the East YMCA Swim Team. I am extremely excited to now be part of such a great swimming community here at the YMCA!

I have lived in Madison my whole life and learned how to swim in Lake Monona when I was 7. Since then I have never looked back and went on to begin my competitive swimming career at Madison East High School and at the UW-Madison Swim Club & Water Polo teams. In addition to the 10 years of personal swimming experience I bring to YDC, I also have been coaching for 5 years. During the summer I am the Head Coach for the Goodman Waves, a local pool who is part of the city’s All-City age-group swim league.

I loved learning how to swim and loved the fact that the sport allows athletes to push themselves to improve individually, while also fostering a sense of team growth with the other athletes they train with. Personally, I am excited to continue my swim coaching career and look forward to getting the season started!