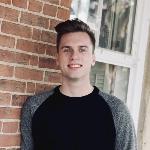 Ethan joined the sport of swimming at the age of 9. Swimming in Minnesota at the time, he quickly learned that this was going to be his lifelong sport. After a few years of training, Ethan had become nationally ranked for his age group in the Breaststroke. He started competing with the varsity high school swim team in 7th grade and swam throughout high school, qualifying and competing at Zones and State many of those years. Ethan started coaching for the team he entered the sport with in Minnesota. He later spent time as a part of New Berlin Swim Club’s coaching staff, and now is extremely excited to coach the Senior group of SWMKE. 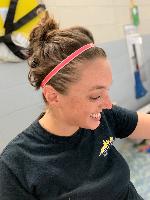 Katie swam competitively for 13 years.  An avid breaststroker, she was a Zone and Speedo Sectional Qualifier during her time working with Bob White at Lake Country Swim Team.  Katie also was a four year varsity swimmer for Arrowhead High School. The team won the WI State High School Championship title all four years she was on the team. She went on to compete on the Marquette University club swim team while earning her bachelors degree.  Katie enjoys traveling, biking, and enjoying Milwaukee restaurants with her husband Flavio.