Matt is curently the head water polo coach at DVC Junior College. He has been coach at CCU since 2014. He has coached the 16U prgram in 2015 and had been the 18U head coach since 2016. His 18U teams have placed 7th at the 2018 National JO Championships and 3rd in 2019. Matt played his high school waterpolo at Campolindo High School, then played at DVC before finishing his collegiate career ar Pepperdine as an Alll-American. He then played on the USA Mens national team until 2018. Matt also played professionally in Europe in Serbia, then Italy for 4 years.

Stephen Loomis - he is currently the head coach at De La Salle High School. Stephen has coached the 2016 2nd place 12U JO team, the 18U team in 2017 and the 16U team in 2018, 2019- an integral part of 2 2nd place JO finishes  In 2016-18 Stephen played at Nervi in the Italien 2nd Dinision.  In 2015 he played at Rari Nantes Bogliasco in the Italien 1st Division. In 2013-2014 he played in the Spanish 2nd Division, where he led the league in assists and finished top ten in the league in scoring. Stephen was a member of the New York Athletic Club team that won the gold medal last at the 2013 Men’s US Open of Water Polo, and the Fisher Cup. Stephen graduated from Pepperdine in 2013 where he led the water polo team in goals and steals and earned ACWPC All-America honors in his senior season. Stephen is ranked ninth in single-season goals at Campolindo where he earned All-American honors. Stephen has coached the 16U team at CCU, the Pepperdine summer club team, and volunteered at Campolindo High School in 2015 prior to leaving for Italy.

Brodie graduated from Campolindo in 1997 with First Team All League, All NCS, and All American Honors.  Brodie also lettered three years in both Basketball and Swimming with Team Captain and MVP Honors in Swimming.  Brodie went on to play at the University of California, Berkeley under coaches Steve Heaston, Pete Cutino, and Peter Asch.  Brodie was also a two time Junior National Team member.  Brodie has coached CC United for the past 8 years. Brodie is the head coach of the 14U team, the first year he took over the helm of this age group CCU finished 17th at JO's. In 2015, CCU finished in the top 10, placing 7th.In 2016 the 14U team placed 5th, then 4th in 2017. His teams consistently exhibit excellent fundamental play and his players develop superior water polo skills.  He has been involved with the USA ODP Holiday Camp for 4 years and is currently a head coach in the ODP program for the pacific zone. Brodie is currently the head coach at Berkeley High School. 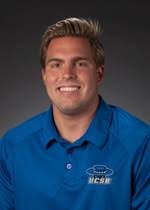 Tor has graduated from UCSB where he was a 4 year player on the Water Polo Team. He was an 2015 MPSF Academic All-American and was awarded the Erik P Prosser scholarship award at UCSB in 2015. Tor graduated from Campolindo High School- he was a three time 1st team DFAL all league water polo player and swimmer. He has been coaching for CC United since 2012 in the 14 and 16 age groups. Since January 2016 he has been the Head coach of the 12U program. Developing excellent players and teams- his teams have won the kap7 championship, placing 3rd,7th and 5th at the San Diego Cup and 2nd at the 2016 National JO Championships- 2019 placing 10th at the National JO Chamionships. Tor also helps out with skill development at the 16U and 18U big man camps.

Kirk is currently the program and technical director of the CC United Water polo program. He graduated from Acalanes High School as a 3 time Swimming and Waterpolo all- American. His summer club team, Concord, won JO's in 1978 and 1979. He attended CAL and Stanford as an undergraduate, playing waterpolo for both and receiving All-American honors while at Stanford. He played with the USA national team program from 1978-1981, then attended medical school in Philadephia, playing with the Philadelphia Water Polo Club. Returning to San Francisco in 1988 he joined the Olympic Club and has played for almost 30 years for a team that has been 4 time outdoor USA national champions, won multiple master national JO championships, three 2nd place finishes at FINA World Club Championships and finally a FINA World Club Championship in 2014.  He founded CC United Water Polo in 2010 to help expand water polo in the East Bay, to emphasize character deveopment, and offer opportunity for multi-sport athletes to participate and focused athletes to achieve their maximum athletic potential. He has been the head coach of the 12U program for 4 years- improving on JO finishes each year: 2013-17th; 2014-5th; 2015-3rd; 2016-2nd. Moving to the 16U in 2016- his jo finishes have been 2016-5th, 2017-5th, 2018- 2nd, 2019- 2nd. Kirk wil be returning to the 12U in 2019-2020 to assist in player development, and assist the 18U program. 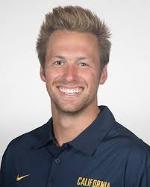