Mark brings more than 30 years of experience to the program as a coach, swimmer and parent. Mark began coaching with the Hartford Swim Club and Hartford HS in 1980, coaching the Boy's and Girl's teams through to 1991. Mark's coaching career with LAKE began as the Hartford Program coach in 1987, being promoted to the Head Age Group coach in 1991. He assumed Head Coach and Executive Director responsibilities in 2002.

Raised, and still living, in Hartford Wisconsin, Mark is married to Darsi since Ground Hog's Day 1980.  He has three children, Whitney, Devin and Aiden. When not on the deck or in the office, he enjoys putzing around the house, reading, crossword puzzles and other word games. Mark loves to cook for the family as well, especially on the grill, which is used year-round.

You can reach mark via the phone or email.  You won't find him on twitter or facebook - sorry just too much to keep track of.

At just 18 months old, MJ’s parents have photos of him attempting to dive off a chair into only 8 inches of water in a kiddy pool! Following lessons and a brief time competing for the local YMCA, he eventually joined Lake County Swim Team at the age of 6 where he began an illustrious 19-year swimming career.  Setting several Wisconsin State records and winning multiple 12&Under and 13&Over state titles. As a senior in high school, MJ competed on the 2002 U.S. National Junior Team and had the opportunity to represent the U.S. at an international competition in Australia. MJ’s efforts in Australia caught the attention of the coaches at Auburn University, were he signed with the Auburn Tigers.  While at Auburn, MJ studied Finance while also having the privilege of competing on 4 consecutive NCAA Division I National Championship teams. While at Auburn he spent his summers training, competing, and working as a swim-camp counselor at the Auburn Tiger Swim Camp. He developed a passion for passing on his knowledge to the next generation of swimmers as a camp counselor. MJ was also a competitor at the 2004 and 2008 U.S. Olympic Trials.

Coach MJ has been coaching and teaching lessons full-time for the last 5 years.  MJ started off his coaching career as Head Coach at Big Blue Aquatics in Glenview, Illinois and then Lifetime Swim Team Southeast in Birmingham, Alabama.  MJ couldn’t be more excited that his swimming and professional life has come full circle by joining the Lake Country staff in the fall of 2015.  He looks forward to coaching up our Senior Bronze and Senior Silver, while also helping with the Sterling and Senior Gold programs. 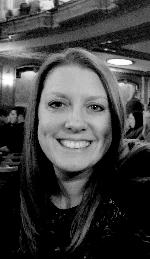 Whitney is the Novice Director and the lead coach at the Hartford Pool.  This is her 19th year with the team as a coach, however, she swam for the team for 11 years.  You can find Whitney in the team office during the day and on deck in the evening.  Your best means of communication are via email at [email protected]

Whitney currently resides in Monches, WI.  She loves teaching children of all ages about the wonderful world of competitive swimming.  She cares deeply about every child she works with and absolutely loves how much they all make her smile and laugh!

Aiden has been a Lake Country Swim Team member since he was 7 years old.  Born and raised in Hartford, Aiden attended Hartford High School where competed regularly inthe WIAA State Meet and established a school record in the 500 Free.  He has been coaching with the team since 2010.  Aiden has a Level One Certification with ASCA.  In addition to being the lead coach for Lake Country's Bronze, Silver and Super 8's group, you will see him helping out with the other age groups programs on the team.

Despite his youth, you won't find Aiden on the social media sites, but you can reach him via email or phone.

Coach Conner Andrews has more than a decade under his belt as a swim coach. He started out assisting a former Lake Country Senior Coach at Madison West YMCA (now Dane County YMCA) during the summers he stayed in Madison to train and race as a Wisconsin Badger. Later, Conner moved onto a bigger role coaching multiple groups at Oregon Community Swim Club and then returned to Lake Country as a Senior Assistant Coach in 2012. While at Lake Country he has been a lead coach of Senior Silver and Senior Bronze and assists with all other Senior groups. He has also gained experience as a Head Coach at Pewaukee High School and as an Assistant Coach at University of Wisconsin-Milwaukee. His specialties lie in technique analysis and mentorship.
As a veteran swimmer of over 22 years, Conner has a long history with Lake Country Swim Team starting at age 11 after switching from Tosa Swordfish. He knows the Phoenix tradition of excellence well. His experience as a swimmer ranges from a multi-time individual state champion in both club and high school and finaling at Junior Nationals through high school to being heavily recruited by top ranked Division 1 schools and ended up accepting an athletic scholarship as a Wisconsin Badger where he continued to perform at a high level and competed at the Big Ten Championships each year.
Following collegiate swimming, Conner hasn't stopped. Most recently, he has been taking on the world's toughest closed-course swim races, Neptune Steps (put on by Red Bull), and placed in finals among multiple international world-class athletes. Not only that, he is also heavily involved in bridging swimming to clean water initiatives as a community partner of Milwaukee based non-profit organizations.

Tom began swimming competitively in the Central California Swimming, then on a year round basis with Raisin Country Aquatics at the age of 7. Completed his age group career with RCA with two years competing in Junior Olympics and becoming a People to People ambassador for the US. He went on to study Kinesiology at Whitworth University, a division 3 NCAA school, where he and his team won 4 consecutive conference championships and winning the 1650 free his senior year. A freestyle/backstroke mid-distance swimmer out of high school, he branched out into distance freestyle while in college. During this time he developed the desire to coach young swimmers on their own trek through the swimming world.

His coaching career began as a summer league assistant in 2004 at the age of 17.  Since then he’s worked on opposite sides of the country with nearly every venue for teams, where he’s coached all ages and ability levels, from learn-to-swim to collegiate national champ qualifiers to masters.

Tom’s time off is used for hiking, exploring new cultures, and just enjoying a good day on the water. He and his wife have been married for nearly 5 years in august and have a lovely German Shepard/lab mix pup named Luna. 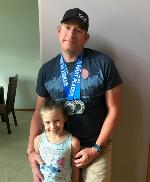 Alan started swimming competitively at the age of 10 and swam through high school. He was a two-year captain of the Sauk Prairie - Wisconsin Heights Swim Cooperative and part of the state team his senior year. Alan’s favorite stroke was (and still is) distance backstroke, and he was known at high school meets for swimming the 500 freestyle on his back.

He gave up swimming in college to attended a school without a team but has come back to swimming competitively through triathlons. Currently, he trains and competes in Ironmans. Ultimately, he hopes to race for himself for about five more years, and then turn his efforts to aiding disabled athletes who want to compete in endurance events through programs like My Team Triumph.

Alan has coached for club teams in the past, and most recently coached for the Ocon YMCA swim team. He brings his experience and passion for swimming and learning to Lake as the AG Bronze coach – you will also see him assisting with other squads. Joining him at Lake is his daughter Reagan who swims in the Super 8s. When not coaching, you’ll find Alan at his full time job as a Race Director for a local endurance sports company.