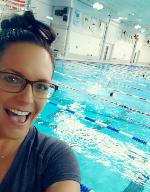 Coach Holly became Head Coach of Gillette Swim Team in September 2018.  Before this she was the Head Age Group Coach from 2011 – 2018. During this time Holly received the American Swim Coaches Association Head Age Group Coach of the Year Award in 2011, 2012, 2013 and was featured on USA Swimming Coaches You Should know in 2013.  She has been an assistant coach for GST on and off since 1997.  Holly returned to coaching full time in 2004.

Holly is currently a Stay at home Mom to her 3 children Dawson, Ali and Livia.   Up until October 2008 Coach Holly was The Head Water Safety Instructor at the Campbell County School Aquatic Center, where she had worked since October of 1997. This has given her the opportunity to teach swimming and diving techniques to school age children throughout the school year.

Coach Holly was the Assistant Coach for the Lady Camel Swimming and Diving Team from 1997-1999. She was named Wyoming High School Assistant Swimming Coach of the Year for the 1998 -1999 season.

Holly lettered all 4 years as a Lady Camel Swimmer. She was awarded All Conference / All State recognition all 4 years as well. During this time, she was a part of the first State Championship Swimming and Diving title won by the Lady Camels in 1992.

Holly is proud to be involved with the Gillette Swim Team and looks forward to seeing everyone succeed and enjoy their swimming experience to the fullest! 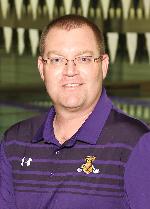 Phil has become a well recognized coach in the region as he has served as Team Wyoming’s Zones Coach for the past 10 years, and has taken a bigger and stronger GST contingent to Age Group Sectionals and Senior Sectionals each year.

Phil graduated from the University of Wyoming in 2000 with a Bachelors degree in Exercise and Sports Science and again in 2002 with a second Bachelors degree in Physical Education. Phil has continued his education with a Masters Degree in Education Administration, which he received in 2007.

Phil is a 4 year letter winner and 2 year team captain at the University of Wyoming in Swimming (1996-2000). He was also a High School All-American for Rawlins High School (1993-1996). He was a Wyoming age group swimmer for 12 years, and has been involved in competitive swimming for 29 years.

However, more importantly, than a list of accomplishments is Phil’s goal and vision for greatness and future success on the state, regional, and national level for Gillette Swim Team and the swimming program in Campbell County. 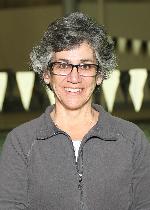 Marci started coaching in 1982 in Wright, WY, first as an assistant coach then as the head coach of the Wright Dolphins.  In 1989, the Young Family moved to Gillette and Marci started coaching the Gillette Gators in 1991 when they were still the Gillette Super Seals until 2005 when she decided to take a break from coaching so she could concentrate on just being a parent to her youngest child while he swam in high school.

The Young Family has a strong history in swimming, with Marci learning how to coach from her father.  All four of her children were swimmers with her oldest daughter going on to be a DII National champion 4 times.  Marci has been on deck as a coach at swim meets from local Gator Splashes to State, Zones, Regionals and Jr. Nationals.

Marci re-joined the Gator Coaching Team last year in 2016 and has enjoyed every minute with the swimmers. 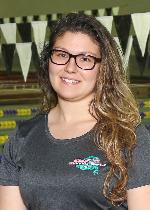