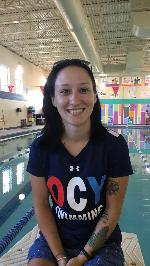 Coaching for over 8 years in Southcoast YMCA, Liz joined the OCY Swim Team family in 2013 Fall. Starting in Taunton she coached and progressed in the Aquatics career ladder. Today Liz oversees all of OCY Swim Team swimmers and coaches.

“ I found my passion in coaching. They [the swimmers] make me a better coach. I learn from them they learn from me.” 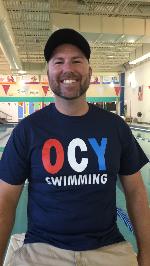 Coach Mike Dudek is entering his 14th year with the YMCA’s of Old Colony Swim Team.  Coach Mike has been involved with swimming since age five, when he was taught to swim at his local Y in his home town of Middleboro.  Coach Mike swam competitively for a number of years and has been teaching in the world of Aquatics for two decades.  Mike graduated from Bridgewater State College earning a Bachelor of Arts in Physical Education, with a concentration of Exercise Science. 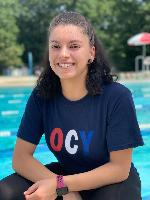 Coach Courtney started her coaching career at 17 years old while still on the Oliver Ames swim and dive team. Courtney has been swimming since a very young age but started competing when she was 14. In high school she swam the 100 butterfly, 100 backstroke and the 50 freestyle.

Learning to swim at an early age, Rebecca's first competitive season was for the Easton Town Pool. From there, she swam for Oliver Ames High School for two seasons and awarded captain her senior year. During her senior year, she also I joined the Stoughton JCC Striar’s (now the Stoughton YMCA) to help develop and improve her techniques. She continued her swimming career at University of Massachusetts at Dartmouth. Rebecca has been Coaching at Old Colony YMCA in Easton since January 2014. 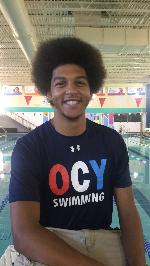 Cameron has been swimming ever since he was little although he didn't start swimming competitively until high school.  He swam for 3 years on the Brockton High swim team and was the captain his senior year.

In 2015 Cameron became the swim coach at the Brockton YMCA. 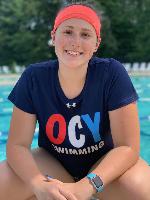 Cami started swimming when she was just 4 years old and started competitve swimming at age 7. She actually swam underneath Coach Mikes leadership for 5 years being as a swimmer of OCY! She has also swam for Kingfish for 2 seasons. She has began her coaching career this past season as we are excited to have her part of the team

Kelli has been swimming since she was 2 years old. She went through all of the levels that the YMCA had to offer. Once she completed all of the levels she joined the swim team at age 8. At 9 years old she went to my first districts meet. Since then Kelli has  started teaching swim lessons in during senior year of high school. This will be Kellis first season coaching. Welcome to the team!