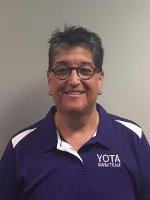 Jamie Bloom is honored to be named the Head National Team Coach in her 3rd season with YOTA. Prior to coming to YOTA, Jamie was at the YMCA of Greater Westfield in Massachusetts, where she had been the Head Coach of that program since 2005. Previously, she was the top assistant for the women’s swimming and diving team at the University of Tennessee (2000 – 2005). Before her job at Tennessee Jamie was the Head Coach of James Buchanan High School and the Mercersburg Area Swim Club in Pennsylvania (1982 – 2000). Jamie got her start in coaching with the Slippery Rock Eels in Slippery Rock Pennsylvania (1980-1982).

Jamie is a proponent of learning the “process” of swimming and long-term athlete development. Jamie believes in placing the individual over the athlete and helping develop character, especially through the lessons of the YMCA’s core values. She sees competitive swimming as a vehicle to teaching life lessons.

Jamie has been extremely active in the New England Zone, USA Swimming, and YMCA Swimming communities – serving on various committees and administrative positions throughout the country. She is currently the secretary of the North Carolina Swimming Board of Directors. Jamie serves as a national team manager for USA Swimming and in addition to working at several Select camps, she was part of Team USA as a manager at the 2013 Duel in the Pool in Glasgow, Scotland; as well as the World Junior Championships in Singapore in 2015 and Indianapolis in 2017.

Originally from Lexington, Massachusetts. Jamie earned her undergraduate degree in health and physical education from Slippery Rock University in 1982 and her master’s degree in physical education and athletic administration from Western Maryland College in 1989. At Slippery Rock, she was the women’s swim team manager for three years and was a member of the school’s nationally-ranked women’s water polo team.

Jamie and her wife Magdalene have 2 teenaged daughters. In her spare time, Jamie enjoys watching her daughter play soccer, playing golf, and cooking.  She is a life-long Boston Red Sox fan as well as a big fan of many other sports.

Tom has been with YOTA since 2006 where he started the Durham YOTA site and is now in his first season leading the Senior 1 group at the Meadowmont Site.

In his time at the Durham Site, Coach Tom has been blessed to work with and coach many very talented athletes including many YOTA team record holders, m ultiple NC State champi ons, and 1 state record holder.

He has been a US Paralympic Trip Coach since 2012 and had the great honors of representing YOTA on the Paralympic stage serving on the coaching staff for Can-Am in Montreal and Toronto Canada as well as the Head Coach of the 2017 Can-Am in Charlotte. In addition, Tom served as Head Coach  for the US Coaching Staff at last summer's World Para Series Event in Indianapolis, IN. He works currently with  US Paralyimps as a lead coach in their developmental process with clinics and meets throughout the year. With YOTA, he coached Lucas McCrory (S7) from 2012-2016 where he became a Can-AM Champion in multiple events and a YMCA National Qualifier.  He also had the honor of working closely with YOTA swimmer and Paralympian Hannah Aspden (S9) from 2012-2016 where she broke multiple American records, International medals, became part of the US National Teams, and earned a Bronze Medal at the 2016 Paralympic Games in Rio as the youngest American medalist in swimming at both the Olympic Games and Paralympic Games.  His time with US Paralympic swimming along with the success of the athletes that he has coached forwarded him the honors of recieving USA Swimming's Jimi Flowers Disability Coach of the Year Award in 2016 as well as a membership into the Olympic Comittee's Order of Ikkos (given to him by Hannah).

In addition to coaching, Tom was also the  Aquatic Director in Durham for the first 6 seasons before becoming a full time YOTA swim coach in 2013. He continues to be an integral part of the very successful Annual Campaign and has led individual teams at the Durham Y that have raised more than $335,000 for the Durham community between 2008-2017.

When not coaching, Tom loves to be with his family, once an avid golfer enjoys to play anytime he can. He is a loyal Purdue Boilermaker, Indiana Pacers, and Indianapolis Colts fan. Tom has a bachelor's degree in History from Purdue University where he played water-polo for two years. Tom is a 2-palm Eagle Scout, an ASCA Level 3 certified coach and recipient of the ASCA (American Swim Coaches Association) 2010 Doc Counsilman Creative Coaching Award. Tom lives in Mebane with his wife of 10 yrears, Nicole, and his daughter Emily (5 years old). 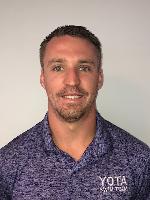 Coach John comes back to the YOTA Swim team after a 2 season absence while he was coaching at East Carolina University. While coaching at ECU, John was the primary coach of the middle distance group with a focus in the fly, back, and IM swimmers. Coach John had a successful career at his short tenure with ECU including an AAC Conference champion, multiple NCAA B qualifying standard cuts, and multiple AAC Finalist and honorable mentions.

Coach John spent 2 years with YOTA Swim Team as the Kerr YMCA Site Director. During his time at Kerr YMCA, he brought an high energy and help grow the the site in the North Raleigh/Wake Forest area. John began his coaching career assisting Chad Onken with the Raleigh Platinum Group.

Coach John grew up in Charlotte, NC and swam with NSS. While swimming with NSS he ranked top 10 in the country for the 200 butterfly for his age group and achieved a 2012 Olympic trial cut and finished top 50 in the nation. After high school, John moved to NC State where he swam four years with the Wolfpack. John was named Captain his Senior year, and lead his team to an ACC Championship Title. That same year he was named an alternate for the 2015 NCAA team and became an All-American as a member of the 400 medley relay.

Kale Stevens is in his 5th season with YOTA, is an ASCA level 3 certified coach, and brings more than 13 years of coaching experience to the team. After earning his degree in history from East Carolina University, he moved on to serve the YMCA community in Asheville before joining YMCA of the Triangle in 2012.

For more than 10 years with the YMCA, Kale's coaching experience covers all levels from senior and age group competitive swimming; to beginning as well as adult swim lessons. In 2009, Kale was selected to join the assistant coaching staff for the YMCA National Altitude Camp at the Olympic Training Center in Colorado Springs. In 2010 and 2013, Kale served on the coaching staff for the North Carolina zone team.

When not on the pool deck, Kale enjoys traveling the great outdoors in all seasons. Scuba diving, snowboarding, camping, and mountain biking are just a few of his favorite activities.

This is Drew's fifth season as the Site Director in Chapel Hill for the YOTA Swim Team. After assisting Coach Tammy with the Kerr site for 1 season, Drew began his full time tenure as the Head Age Group Coach at the Chapel HIll YMCA in 2014 as it was integrated with the YOTA Swim Team.

Drew is a proud graduate of the University of North Carolina at Chapel Hill with a degree in Religious Studies. He enjoyed great success as a swimmer in high school growing up specializing in Butterfly, Backstroke, and IM where he was ranked in the top 20 in the country in several events. The South Carolina swimming community saw him achieve 10 High School State Championships and 10 USA Swimming State Championships while holding the state record in the 100 Butterfly.

As a coach Drew has been the direct coach of multiple North Carolina State Champions as well as numerous Southeastern Zone Age Group Sectional Champions. Drews philosophy as a coach involves three pillars; instilling a love for the sport of swimming, great stroke technique, and explosive kicking. His more overarching philosophy of coaching involves building long lasting, positive relationships with the athletes and teaching strong character values to help each athlete grow into outstanding young people. Coach Drew is about the development of the PERSON, not just the athlete.

When not coaching, Drew is an avid supporter of the UNC basketball program and Carolina Panthers. He also spends his time playing sports himself swimming and the occasinal round of golf. More than anything else, Drew loves being with his family (parents, younger brother and younger sister). 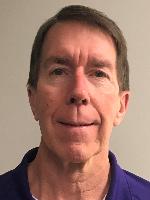 Brooks Teal is beginning his second year as site director for YOTA at the Kerr Family YMCA.  Brooks comes  to YOTA with a deep appreciation for the YMCA and its mission, along with a love of swimming and years of coaching experience.    Brooks’ club coaching career began in his hometown, Tarboro, NC, and includes nine years as Head Coach and Director of Competitive Swimming with the YMCA of Raleigh, which ultimately grew to become YOTA.    In 1988, the Raleigh YMCA Men’s team, led by future Olympic gold medalist, world record holder, and NCAA champion, David Fox, captured the National YMCA Men’s Team Championship.

As a collegiate coach, Brooks led the James Madison University men’s team to six conference championship titles in his seven seasons there, and was inducted into the JMU Athletic Hall of Fame in 2010. Brooks served as Head Coach at his alma mater, NC State University, for eleven years. During his tenure, NC State produced two NCAA Champions; Cullen Jones won the 50 Free in 2007, and Kristen Davies won the Platform Diving title in 2009.    Cullen and teammate Dan Velez both competed in the 2008 Olympics in Beijing, with Cullen also making the USA Team and competing in 2012 in London.    Cullen won four Olympic medals, two Gold and two Silver, and was an American and World record holder.    While at NC State, Brooks was one of six national finalists for the 2006 American Swim Coaches Association Coach of the Year and was a member of the USA National Team coaching staff at the World Championships in Australia in 2007.

Brooks’ education includes an undergraduate degree in Engineering from NC State and a masters degree in Physical Education from East Carolina.    Brooks lives in Holly Springs with his wife, Mary, and they have two children, Stephanie, an App State graduate, and Logan, who graduated from Old Dominion.