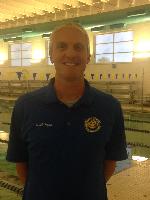 Coach Ryan became the Head Coach of the Lynchburg YMCA in August of 2015.  With 20 years of coaching experience at a variety of club and collegiate positions, Ryan is a veteran coach known for his challenging yet interesting approach to training.

Prior to coming to LY, Ryan was the Head Coach of the Parkland Aquatic Club in Allentown, PA.  There, he mentored many Olympic Trials, National, and Jr National qualifiers and guided dozens of swimmers who went on to swim collegiately.

At the North Carolina Aquatic Club in Chapel Hill, NC, Ryan guided his swimmers to many state championships including the team's first LSC title in 2008.  NCAC produced many Jr National qualifiers, an Olympic Trials qualifier, Scholastic All-Americans, and during Ryan's tenure and was repeatedly awarded the Silver Medal for Club Excellence.  Ryan also served as an assistant coach at the University of North Carolina, helping the team to multiple ACC team runner-up finishes and NCAA All-American honors.

Ryan began his career at the University of Florida, where he was mentored by 2012 Olympic Head Coach Gregg Troy and the Gator Staff.  He coached with the Gator Swim Club while working toward his degree in Exercise Physiology and training for open water swims.  While at Florida, Ryan had the good fortune to work with many Olympians in the Gator program and working at the Florida Swim Camp each summer.  Staying at UF after completing his bachelor's degree, Ryan earned his Master's degree in Biomechanics in 2007.

In his spare time, Ryan enjoys running and reading.  He and his wife Abby (LY Assistant Director of Competitive Aquatics) have three children and live in Lynchburg.

Coach Abby returned to LY in August 2015.  As Abby Clark, she got her first taste of swimming at age 7 at Falling River Country Club and joined the YMCA swim team that fall. Abby was an excellent LY and E.C. Glass swimmer and still holds a couple of records around the area. She continued her career at Davidson College where she was part of the school record-setting 800 free relay and a conference meet finalist on multiple occasions.
Abby started her coaching career in 1995 at the Peakland Pool teaching swimming lessons and eventually becoming Head Coach. She later coached with the famed Mecklenburg Aquatic Club (MAC) during the summer and earned a Bachelor's degree in Psychology from Davidson College in 2001.
Moving to the University of Florida in 2004, she worked as the manager for the UF swim team, taught swim lessons, and became the Head Age Group Coach, Head Masters Coach, and Business Manager of Gator Swim Club. She earned her Master's degree in Sport Management from UF in 2006.
In 2007 Abby and Coach Ryan moved to the North Carolina Aquatic Club in Chapel Hill, NC. Abby served as the Head Age Group Coach and business manager of the club until the summer of 2009 when she made the decision to stay at home with her first child.
Abby spent the previou six years before coming to LY as a full-time mom to three children and is thrilled to be getting back into the “swim of things.". She is currently Assistant Director of Competitive Aquatics and plans to be back on the pool deck more and more over the next few years. Abby firmly believes that there is no greater sport than swimming, and she loves sharing her passion for the sport with young swimmers! Most of her free time is spent shuttling her kids around to various activities, but she still enjoys swimming, running, reading, movies, and having new adventures with her family. 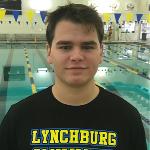 Gabe Greene started swimming competitively when he was 4 years old at Vista Acres. Gabe was an excellent swimmer in the 100 butterfly as well as the 100 backstroke. After 12 years of swimming for Vista Acres and having started to swim for Heritage High School, Gabe started pursuing swimming at a higher level. Gabe then joined the Virginia Gators Swim Club for a short time where he improved significantly across many events. After 14 years of swimming with Vista Acres, and graduating high school in 2016, Gabe decided to focus more on his studies and is currently working on his degree in Exercise and Sports Science.

During his final season with Vista Acres, Gabe was also an assistant coach and learned that coaching and watching kids grow was something he cared for. Earning the Head Coaching role in 2017, he has remained Head Coach since. In his spare time, Gabe likes to lift weights, draw, and paint. 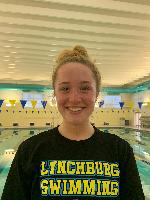