Daniela is the 2019-2020 Club Head Coach.  She will coach a variety of programs this year including Junior, Intermediate and Novice teams.  Daniela is orginally from Venezuela and has competed internationally as part of the Venezuelan national team.  She also swam collegiate synchro at Lindenwood University where her team took home a national championship (2015). In 2017, she graduated with a Bachelor Degree in Athletic training. Daniela also served as the 2019 US Junior National Team Assistant Coach. In addition to coaching, Daniela is a personal trainer and is certified in Aquatic Aquatic Therapy and Rehabilitation. She enjoys choreographing, dancing, and has a particular interest in the developing of emotional intelligence through sports. 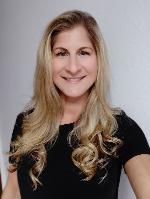 Lacey Ethier is the owner of Seattle Synchro. She will be lead coach for the 2019-20120 12&U Age Group Program. Lacey has been coaching for Seattle since 2007.   She swam for Seattle Synchro from 1998-2002 and competed both nationally and internationally as well as at the 2003 Olympic Trials.  Ethier has served as assistant coach to the 12& U National team camp in 2012. Lacey is also the current Pacific Northwest Association Administrative Chair. She is also currently the West Zone Synchro Education Chair. She lives in Redmond with her husband Vincent, daughter Vivienne and is expecting a new baby boy this fall. 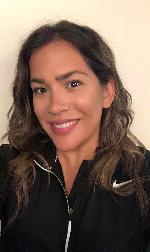 Jocilyn will provide assistance to the age group teams during the 2019-2020 season. She has coached for Seattle since 2010.

Jocilyn competed for the majority of her synchro career at Seattle where she swam at several national level meets and US Opens.  She also swam for WAVE Aquatics and high school swim teams, where she competed at WIAA State Championships in medley and backstroke events.  She has enjoyed working with athletes both at home and abroad develop their talents and qualify for national teams. Her athletes consistently place in finals at Junior Olympics. Jocilyn is part of the USA Synchro national team coaching staff, has served as the 12&U national team coach, US National Team Program Manager and has a Master's degree in Sports Industry Management from Georgetown University. Jocilyn is also a voting member of the USA Synchro Board of Governors, and serves as the West Zone Coaches' Representative.

Cherity will coach the 12&U Age Group team alongside Lacey Ethier for the 2019-2020 season. Cherity swam for Seattle Synchro from 1999-2002 and competed at age group nationals, junior nationals and US opens during her time swimming. She coached for Seattle for one year during college, but then moved away from the area after finishing college. Cherity loves sharing her passion for synchro and athletics with young swimmer and seeing them develop their skills. Aside from coaching Cherity and her husband Jason are both chiropractors and own their own practice in Seattle.  She has a daughter and is expecting a new addition later this year!
She is a Level 1 USA Synchro coach.

Yuki Maekawa is Seattle Synchro's longest serving coach, having coached for the club since 1991. She will coach the 13-15 Age Group team this year.

She brings a vast wealth of knowledge to Seattle.  Yuki was a member of the Japanese National team during the 1970s and in 2006 was awarded the United States Age Group Coach of the Year award.   During her time at Seattle Synchro she has consistently placed swimmers in finals in both national, and international competition.   Her daughters also swam for Seattle and went on to train at Stanford University, the University of Incarnate Word and Team USA.  In addition to working with Seattle Synchro age groupers, Yuki also coaches a masters synchro program based on the eastside.  She currently lives in Tukwila with her husband Zen.

Sydney is the 2019-2020 lead 13-15 team coach.  Sydney has competed synchro a majority of her life, including time at her home club, Seattle Synchro, all the way through college at the University of Incarnate Word.  She was also selected as part of the 2016 Senior National Team training squad.  Sydney has now been a coach roughly 5 years, having also coached for the San Antonio Cygnets while a student athlete.  Sydney currently works as the Pacific Northwest area rep for Jolyn Clothing/Swimwear.

Sydney is currently a Level 2 Synchro Coach, working towards her Level 3 certification this season. 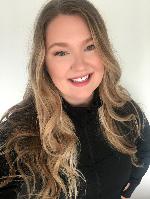 Katleen "Katee" is currently the Seastars Program coach for Seattle Synchro. She has been coached a variety of age groups and skill levels at Seattle Synchro since 2012. She also swam for Seattle Synchro for eight years. During her time as a swimmer she competed at Age Group and Junior Nationals, as well as US Opens. Katee is the education chair of the Pacific Northwest Association.  She currently resides in Mill Creek with her husband Kyle, son Duke and newborn Georgia.