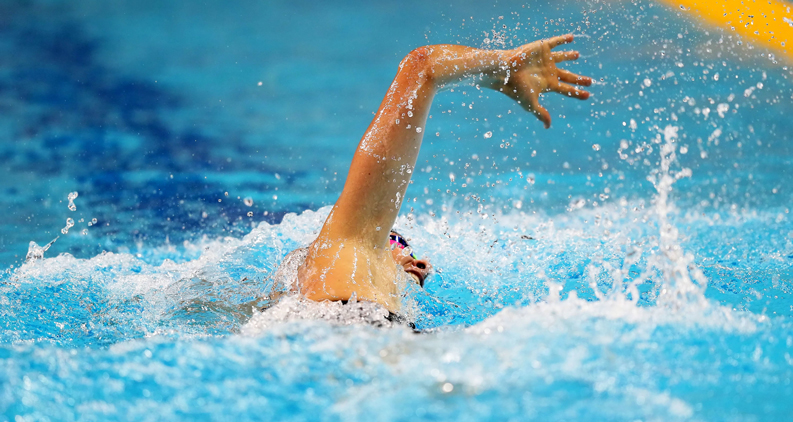 The history of front crawl swimming

While swimming researchers have traced the history of front crawl to originating as far back as the Stone Age, the first mention of the stroke in a competitive context was reported by The Times newspaper in 1844.

Invited to swim in a race in London, two native Americans, Flying Gull and Tobacco, were said to be lashing the water violently with their arms like the sails of a windmill and beating downward with their feet.

Observers were reported to be shocked by the stroke and its difference to breaststroke which was the only competitive stroke used in the early European swimming clubs.

The name ‘front crawl’ is thought to have come into use towards the end of the 19th century after Australian swimmer Dick Cavill described his technique as like crawling through the water.

Another breakthrough moment in the history of front crawl came in 1922 when Johnny Weissmuller became the first person to swim 100m freestyle in less than a minute.

As front crawl is the fastest of the four contemporary swimming strokes, it is swum almost universally in the freestyle event in competitive swimming.

The history of front crawl: The Olympic Games

A closer variant of modern day front crawl became the norm in freestyle races after the Stockholm Olympics in 1912 when American swimmer Duke Kahanamoku used a six-kick cycle to win 100m Freestyle gold.

While a number of freestyle distances have been contested in the history of the Olympics, there are currently six individual competitive pool distances as well as a 10km open water race.

While men’s 800m and women’s 1500m events have not yet been held at an Olympics, they will be contested for the first time at Tokyo 2020.

There are also two freestyle relays staged at the Olympic Games – the 4x200m Freestyle, which was the first Olympic swimming relay to be contested in 1908, and the 4x100m Freestyle.