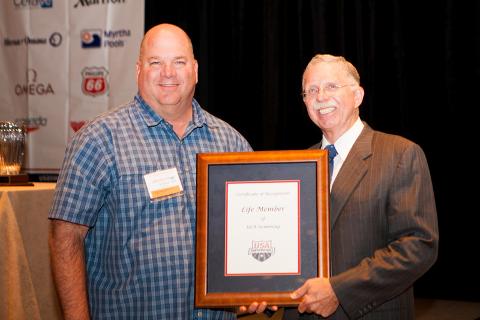 Border Swimming Local Swim Club is a 501(c)3 and the local governing organization for USA Swimming. Each year Border Swimming presents a local swimmer who has committed to swimming at the collegiate level with a $1000 scholarship.

This year Border Swimming is pleased to announce this year's recipient is Isabella "Bella" Valles. Bella has been swimming since she was 5 years old and represented El Paso Tennis Club Fighting Frogs until she started swimming for West Texas Typhoons (WETT) at the age of 10. She graduated from El Paso High this past Spring with a 4.13 GPA. She was also a 4 time All District, All Region and All State swimmer. She was Team Captain her Junior and Senior year, was a multiple Sectional qualifier and finaled all 4 years at the Texas 5-A State Swimming Championship and helped her team place 8th overall in 2020. Isabella wanted to continue her swimming career in college while attending a small liberal arts school and decided to attend Pacific Lutheran University in Tacoma, Washington. She plans to major in Spanish and Health Sciences.

We are year-round Olympic-style competitive swimming for the far West Texas region.