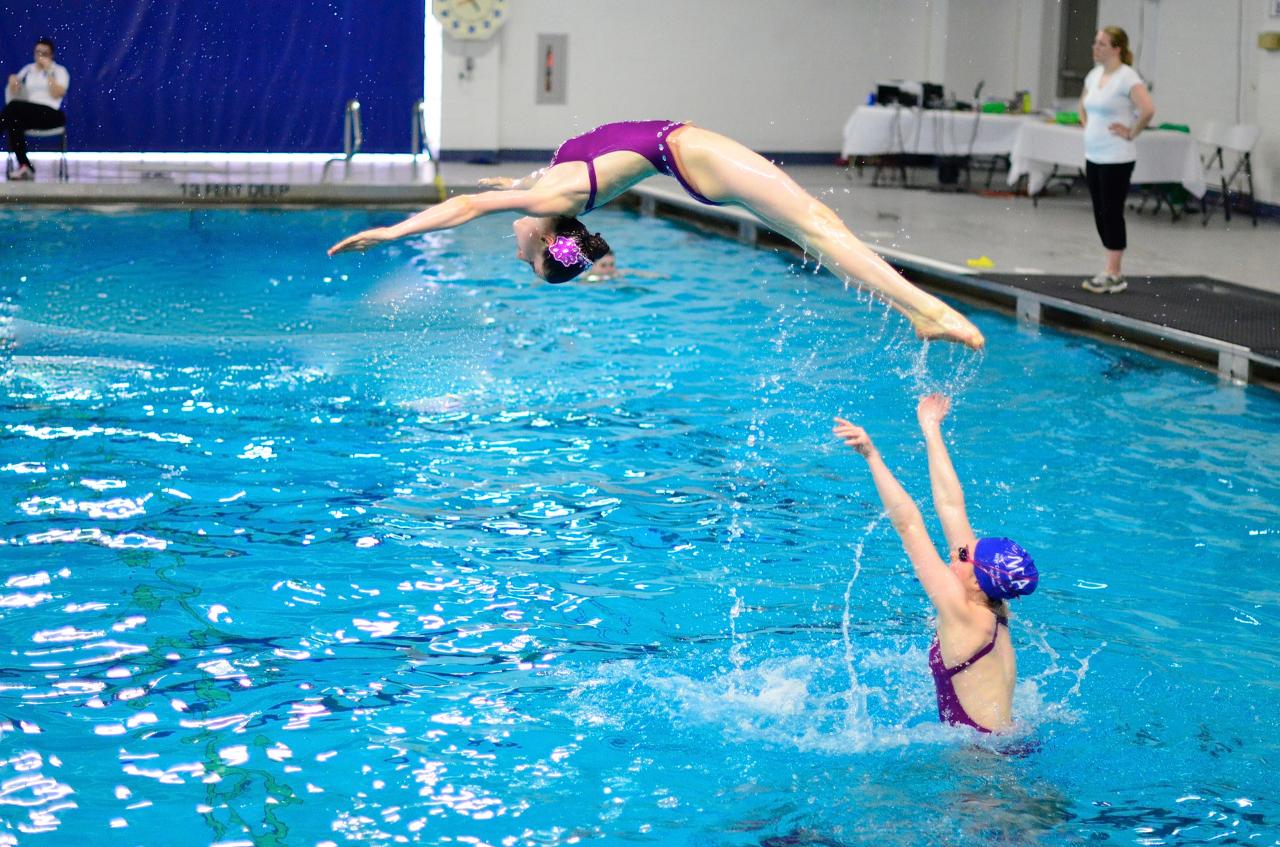 The New Canaan Y Aquianas synchronized swimmers, fresh off a particularly successful 2013 season that saw Head Coach Jen Muzyk named “USA Synchro Developmental Coach of the Year”, pulled off a strong performance at the second meet of the 2014 season. Held from February 7th through 9th in Tonawanda, NY, the East Zone 13 & Over / 13-15 Open championships featured over 170 competitors from more than 15 clubs along the East Coast.

The Aquianas results earned the squad 5 slots at the US National Championships in Arizona in April: 1 spot for a team routine, 2 for solo routines, and 2 for duets. Separately, 3 athletes from the Aquianas made the East Zone All Star 13-15 team based on their figures performance at the meet.

The local athletes shone in the solo portion of the competition, where 4 Aquianas swimmers placed in the top 8, out of an original field of 31 solos. Alex Poteet and Katherine Connolly won 3rd and 4th place respectively in the 13-15 rankings (qualifying them for the US Nationals), followed by Katie Farrell at 5th and Emmanuella Tchakmakjian at 6th.

Duet partners Alex Poteet and Camilla Kline won bronze for their routine; Katherine Connolly and Katie Chidley came in at 5th. Both duets move on to compete in Arizona.

In the figures portion, 3 Aquianas swimmers placed in the top 8. Poteet (3rd place), Tchakmakjian (7th place), and Farrell (8th place) qualified for the East Zone All Star 13-15 team which is comprised of the top 8 figures scorers from this meet.

Said Coach Muzyk: “This was a physically demanding meet where many of our athletes swam their routines several times over 3 days. I am proud of their stamina and consistent overall performance.”