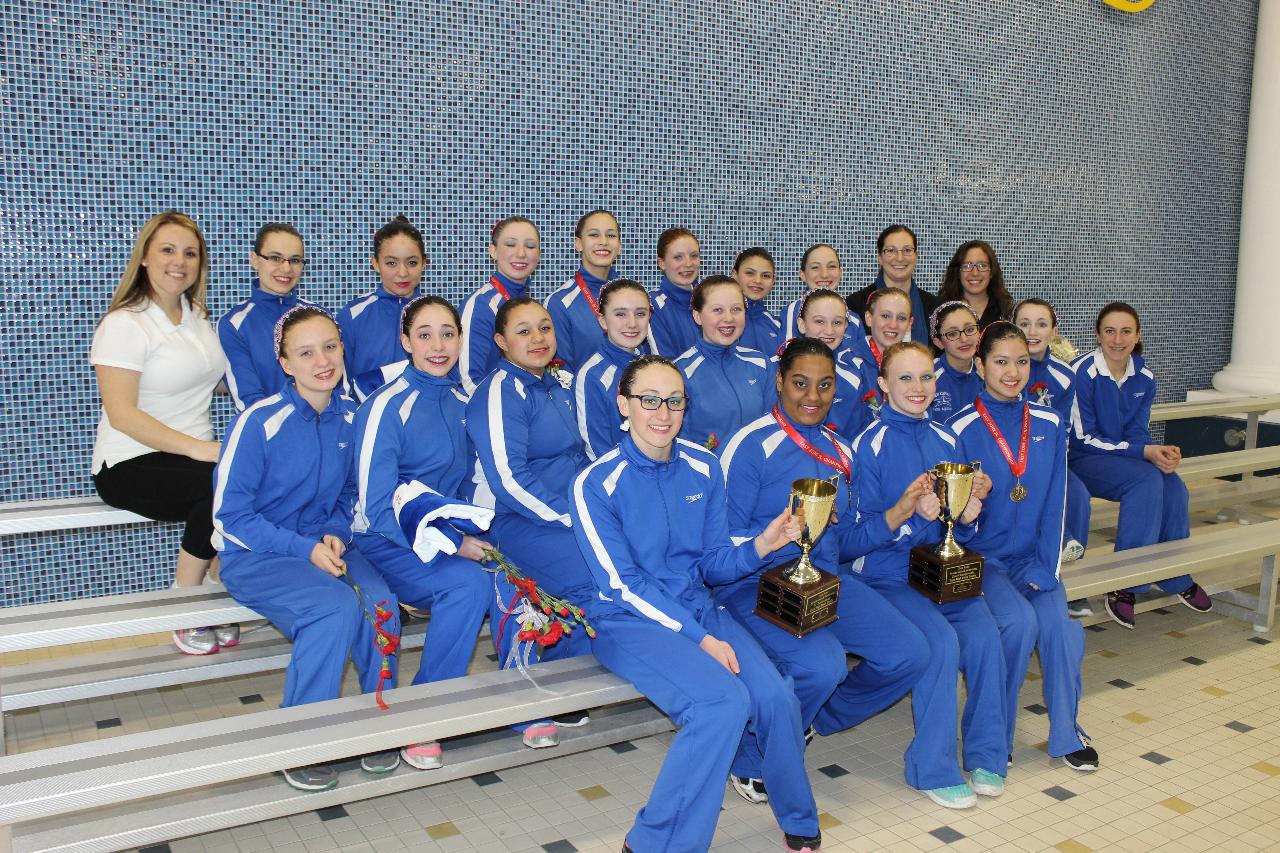 The New Canaan Y Aquianas synchronized swimmers brought home the Junior East Zone high point trophy from the East Zone Junior-Senior Championships held March 7-9 in Endicott, NY. The Aquianas have won the trophy for 13 out of the last 14 years. Aquianas Assistant Director Krista Bessinger was voted East Zone Coach of the Year by her peers at the meet.

The Aquianas beat out 13 regional teams to win, by amassing the most number of points for routines swum in the finals, which encompassed 4 categories of routines (team routines, trios, duets, and solos).