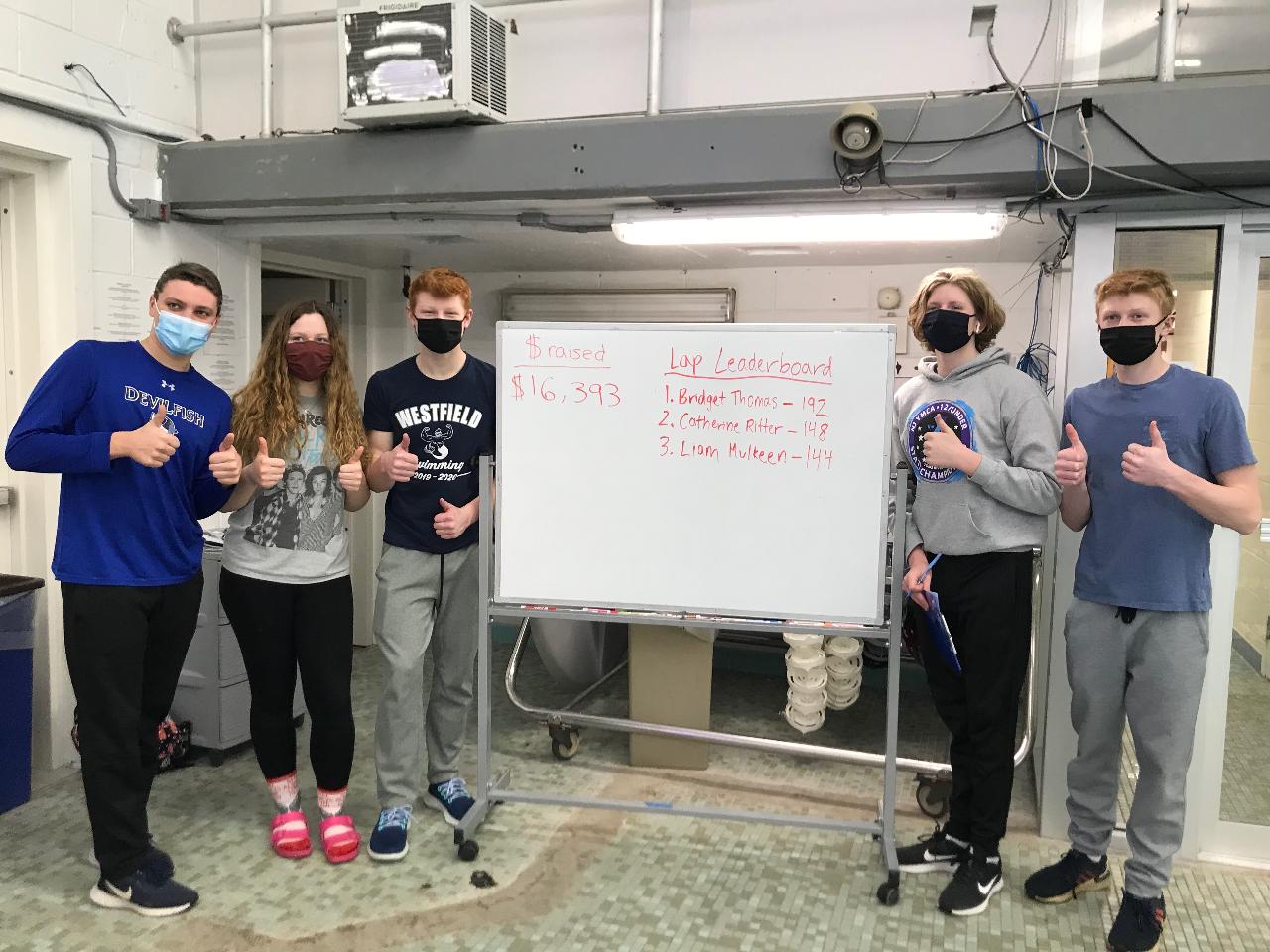 The Westfield Area YMCA Devilfish held a fundraiser on Saturday, February 6th and Sunday, February 14th to raise money for the YMCA’s Strong Kids Campaign. This annual campaign provides over $350,000 of financial assistance per year to individuals and families to enable them to participate in Y programs and memberships. This includes the Y’s early learning school program and summer day camps. The campaign ensures that no-one living or working near Westfield, Garwood, Mountainside or Cranford, who is in need, will be turned away.

The fundraiser, which raised over $20,000 in donations from friends and family of approximately 60 swimmers was organized by Matt Swenson, a Junior at Westfield High School (WHS )and Devilfish swimmer since the age of 9. Swenson decided to organize this fundraiser as a way of giving back to the Westfield Area Y so other kids would have the same opportunities that he has had being part of the YMCA community for so many years. Helping Matt as co-organizers and coordinating the volunteers were Viv Jeckell and Carsen Sharkey, both also Juniors at WHS and long time Devilfish swimmers.

This fundraiser was a huge success allowing the swim team to raise money for an important cause while doing what they love to do. The Westfield Area Y Devilfish look forward to being able to have similar events in the future.

Thank you to all those that helped Matt organize this event, the parents and swimmers that volunteered their time and all those that donated to such a worthy cause.