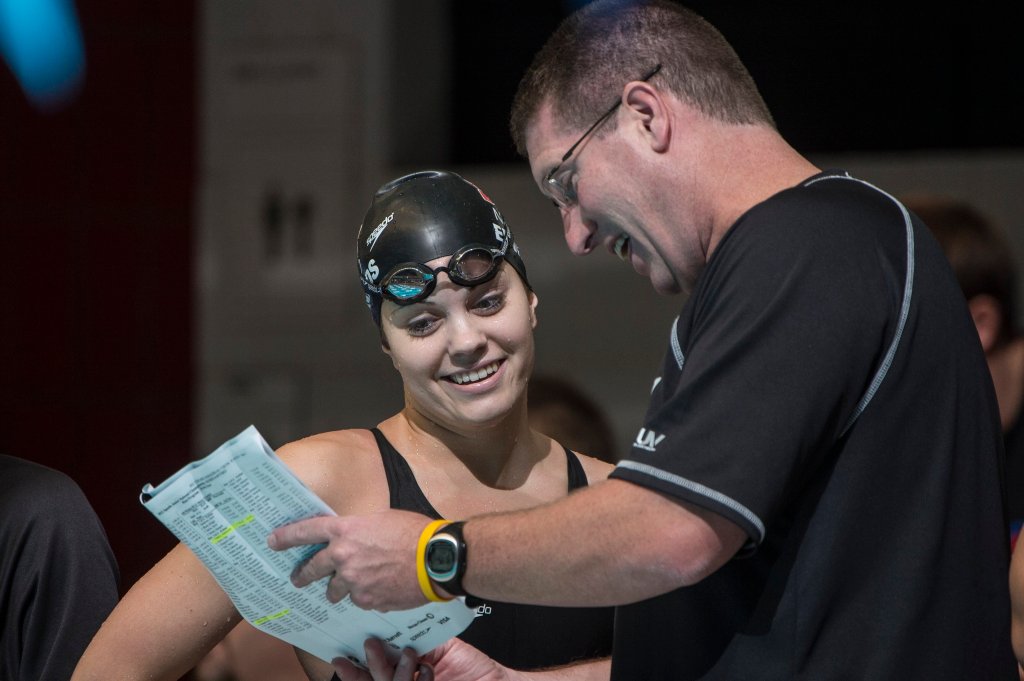 5 Tips to Help You Handle A Coaching Transition

While racing has been put on hold due to the Coronavirus, there have been several changes in the coaching ranks, from Jeremy Kipp taking over at USC to Katie Robinson being promoted to head coach at Northwestern. For coaches going through this change, the transition signifies the chance of growth and new possibilities tinged with the bittersweet sadness of leaving their current swimmers. For the athletes, the goodbye may seem more bitter than sweet. When you spend every day training with a specific coach, facing their loss may be overwhelming.

However, it is important for athletes to remember that just as the change offers a chance for growth in the coach’s career, it can also represent a chance for the swimmer to revitalize their own swimming. It is probably very likely that, if positive, your relationship with your coach led you to become a better swimmer and person. Gratitude for the time and energy they invested in your career does not mean that no other person can step into that role and play a part in your development as a swimmer and person.

Coaching changes can be difficult for both the athletes and the new coaches stepping into a vacated role. One of the most important things for the athlete to remember is that they influence the role and success that their new coach will have over their swimming. Holding on to what your old coach used to do, or going into the new relationship with the belief that no one will ever do as good a job as your former coach will not lead to a successful new partnership. This sort of attitude will not bring your old coach back or make the new one go away, but it will sever the possibility of learning and growing under a new set of eyes.

With that in mind, as scary as a coaching change can be, here are 5 things that athletes can do to make it a positive transition:

The most important thing in the approach to a new coaching situation is that the athlete walks into it with an open mind. Thoughts of “You’ll never be my real coach” or “That’s not how Kevin does it” are neither helpful nor productive. It’s true, your new coach probably doesn’t do things exactly like your old one. That’s okay.

If you approach the change looking to grow and get better, maybe you can see what new things your coach can offer that your old one didn’t quite grasp. Maybe this new person has a really solid understanding of a piece of your stroke that needs work, or a way to help you with the mental side of swimming. Buying into their methods doesn’t mean you’re selling out to your former coach. In fact, you’re simply adding to what they already taught you to get closer to you and their ultimate goal for you: to be a faster swimmer!

2. Communicate with Your Coach

However, just because you have an open mind doesn’t mean you can never express doubt or dissatisfaction with something that your new coach does. It’s all about the presentation. While the relationship may now seem perfect in hindsight, most likely there were conflicts with your former coach. Hopefully, in those conflicts you developed a way to respectfully discuss questions and concerns that you had.

Bring this respect into the conversation with your new coach. It’s okay to ask why you are doing something, or to explain something that has worked for you in the past. It is not okay to be disrespectful in your presentation of these questions or to go over your coach’s head and ignore their advice.

Establishing a positive, communicative relationship between you and your new coach is one of the best ways to ensure a successful new partnership. While the relationship might not automatically offer the same level of trust or familiarity that you had with your former coach, by approaching it in a respectful manner, the swimmer gives the partnership room to blossom.

Similar to an open mind, this key component to developing a relationship with a new coach is essential. Once you’ve heard what they’ve had to say, and communicated your own thoughts, the most important step is to fully buy in to what you are now doing. It is unhelpful and limiting to return constantly to old ideas. Once you’ve started a new program, it is important to buy into that program. Trust that while your former and new coach may be going about it in different ways, both of their goals for you is to help you swim fast!

4. Be a Leader in the Coaching Transition

Recognizing what you can do to help make a new coach’s transition easier for them and for your team is a sign of growth and leadership that is hugely essential. Don’t be the swimmer that makes the coaching change difficult. Whining constantly, talking about how much better your former coach was, or otherwise negatively impacting the role your new coach is playing spells disaster for you and your team.

While saying goodbye may have been hard, it doesn’t give you a pass to stop being a positive influence on your team. Before you say or do something, think about how younger swimmers, parents, and even your former coach will look at it. It is unlikely that any of them would be proud of someone who makes the new coach’s job more difficult. Make sure that you step up and make the path of your new coach as smooth as possible.

5. Be a Reflection of Your Former Coach

It is important to remember that the role that your former coach played in your swimming career is not forgotten. Not only did you gain wisdom and experience from them, but they also learned from you. While you might not see them with the same regularity, it is unlikely that saying goodbye to your coach will mean you will never see them again. The swimming world is a small one, and you can be pretty confident that paths will cross again.

However, even if not, what they gave to you is something you carry with you every day. Coaches not only teach us how to be better swimmers, but also how to be better people. Your welcoming, accepting attitude towards a new coach is an amazing reflection of the time and energy your former coach put into you. You can be sure that they would be very proud.