Congrats to NTA athletes on success at Olympic Trials Wave 1!

Coach Max placed 12th (out of 60) in the 100 back and 37th (out of 94) in the 50 free. These were the two largest events at the meet and he swam quite well to move up and perform at the level he did. Each swim was matching previous best times - while he was hoping for more improvement, Coach Max did an amazing job in and out of the pool and was a great representative of the NTA community - supporting fellow Sharks as well as athletes from around the country. 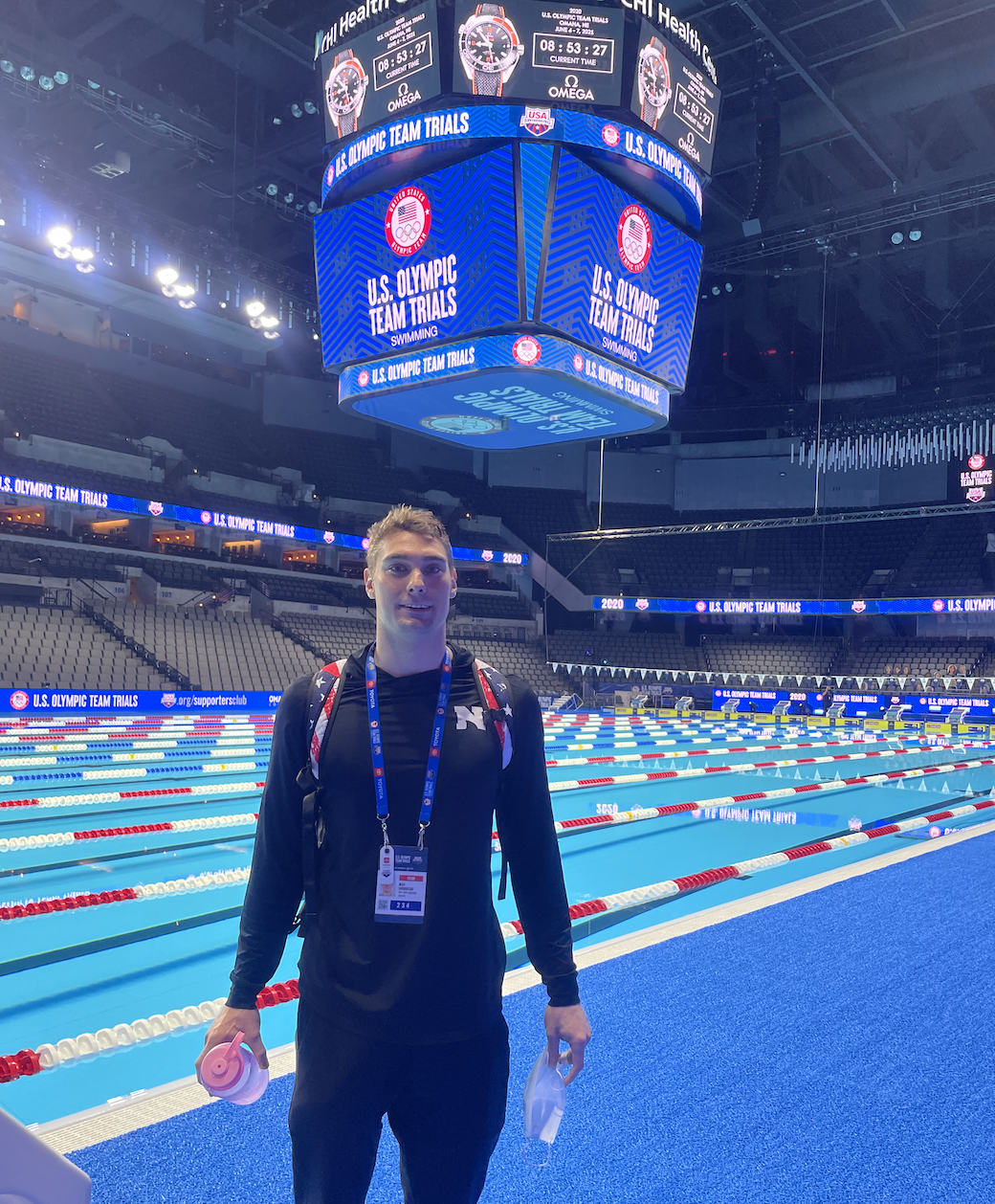 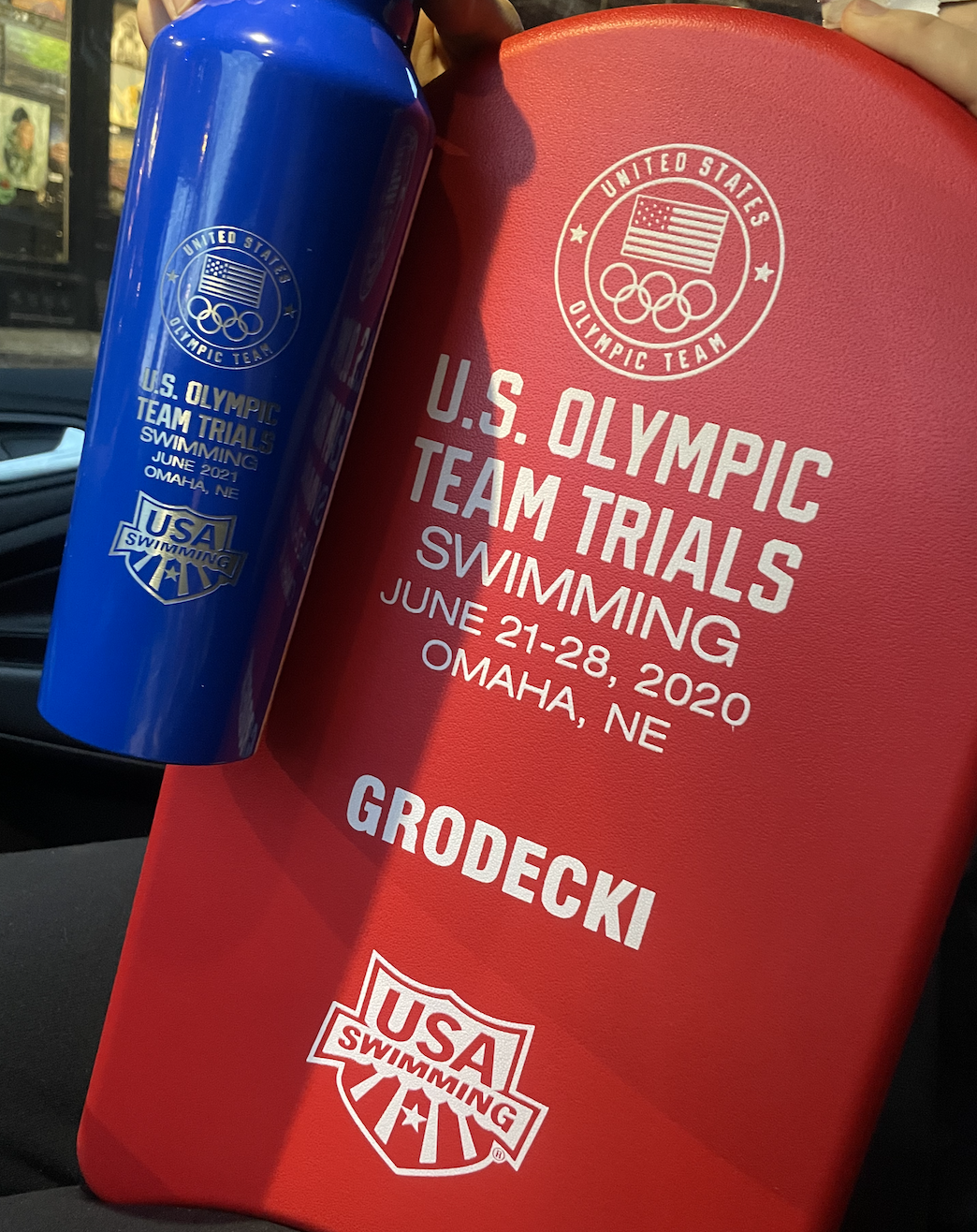 Wave 2 starts next week and will be broadcast on NBC & the Olympic Channel as well as on www.usaswimming.org/watch

A few facts about Olympic Trials:

To make the Olympic Team, athletes will have to swim 3 times.
First everyone swims Prelims in the morning.
The Top 16 finishers in the morning will then compete at semi-finals that night.
The top two in each of the semifinal heats plus the next fastest four swims across both heats all move onto Finals on the next night.
The top 2 finishers in Finals automatically qualify for the Olympic Team. There are some caveats that have to do with roster numbers when filling each spot as there is a cap on total athletes - so the official team roster is not announced until the conclusion of finals on the 20th.

The full lineup is HERE.
Media Schedule is HERE.

Covid Protocols & security measures are very strict. Athletes & Coaches must take a PCR test 72 hours prior to arrival in Omaha. They must arrive 48 hours prior to their first event at a minimum and take another PCR test on-site. After that, everyone is tested with a rapid antigen test every 4 days. If a test is missed, the credentials are deactivated until a new PCR test is administered. Masks are worn everywhere in the facility at all times.

A few fun events to look for before we see psych sheets:
Women's 100 Back is going to be very close - there are 10 women with very real shots at the team and there's a good chance that every single person in the final heat at this meet will go fast enough to podium at the Olympics.

Men's 200 IM has a lot of newcomers and then there's Ryan Lochte. Should be an entertaining race across the pool for both semifinals and finals.

This is the first year for the men's 800 free and women's 1500 - so those races will certainly be fun to watch as Katie Ledecky and Jordan Wilmovsky take to the pool in shorter distance events for the first time.

There is a young woman named Bella Sims who has qualified in 11 events. While she may not be a threat for the team this year - it will certainly be interesting to see her race next week and how she develops for 2024. For more fun stats - click on this SwimSwam article.

We'll have more fun facts on instagram during Wave 2 as well as some behind the scenes magic (they saved some sparkle for Wave 2).

A little known fact about performing at Olympic Trials - because so many athletes rest and prepare to make the time standard, coupled with the intense pressure of the meet - over the past 4 Olympic Trials - only 20% of athletes go best times, often not even requalifying.  Wave 1 was pretty relaxed and quite a positive atmosphere, but Wave 2 will be significantly more intense as there are lot of tightly contested races. Getting experience at this level of meet is crucial for performing down the road, even if athletes "only" make one cut.