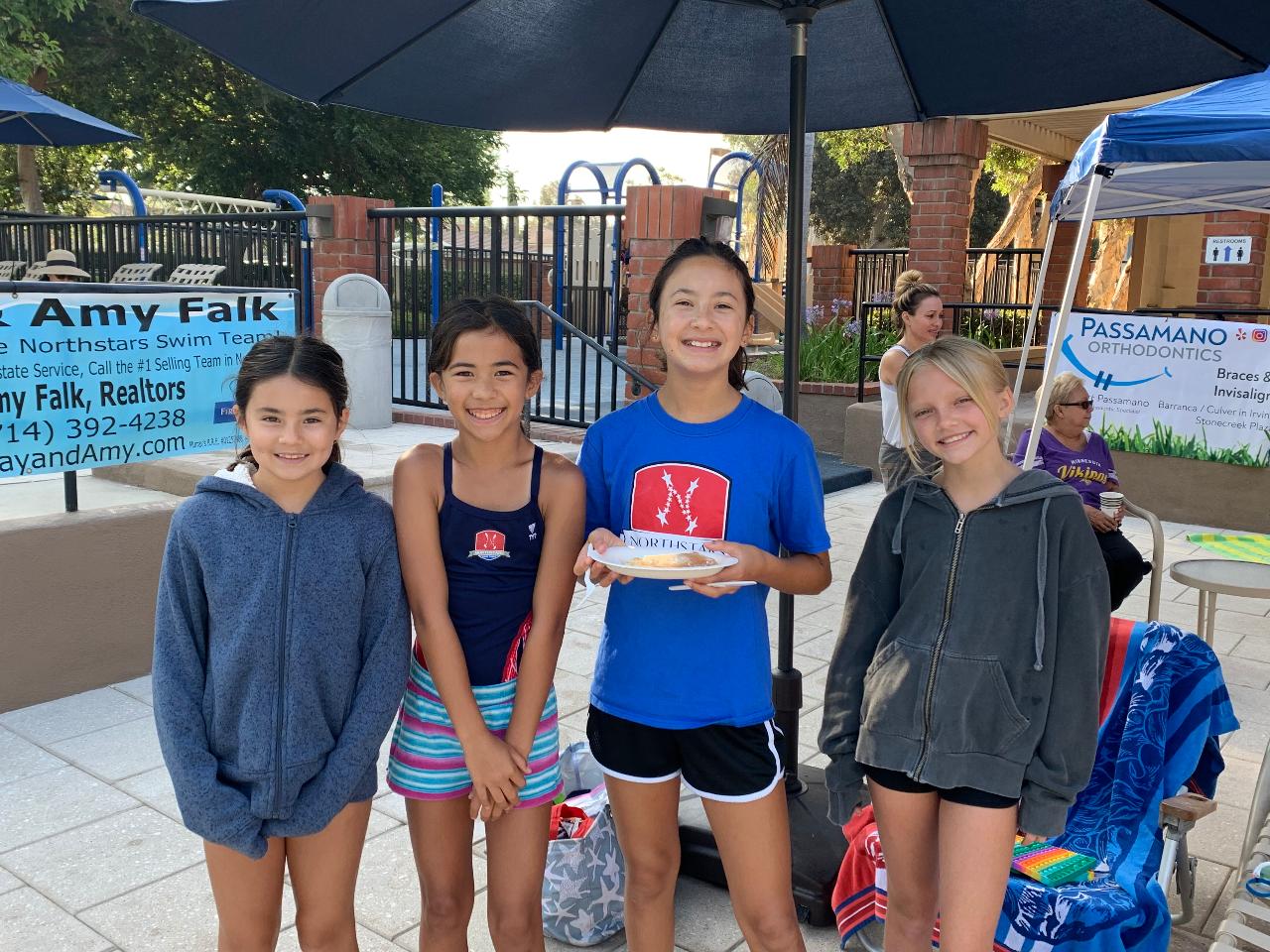 Time improvements were the true highlight of the day, with swimmers improving in 134 races. Sienna Patel had the biggest improvements, taking off 42.12 seconds in the girls 5-6 freestyle, 30.25 seconds in backstroke, and one second in breaststroke. Dean Saez (6) and Katelyn Williams (7) also had double-digit improvements in both backstroke and butterfly, with Dean dropping 27.22 and 11.31 seconds and Katelyn dropping 19.97 and 10.07 seconds. Olivia Tamayo improved by 25.39 seconds in the girls 5-6 backstroke. Additional swimmers who dropped more than ten seconds in a race were Maya Buvan, Chris Chen, Stella Chitra, Raksha Devireddy, Elizabeth Lee, Aaron Soleimani, Maggie Walton, and Harry Wu.

Kade Baker’s time improvements led to first-place finishes in all three of his races and championship qualifying times in two of them. He dropped 13.25 seconds in the boys 5-6 freestyle, 12.03 seconds in butterfly, and 9.27 seconds in breaststroke.

Check social media later this week for more pictures of the meet. Find us on Facebook at PPNorthstars and on Instagram at park_paseo_northstars . We will also send a link to a shared photo folder where you can add pictures that you take at the meets. These photos may be used in the slideshow at the end of the season.