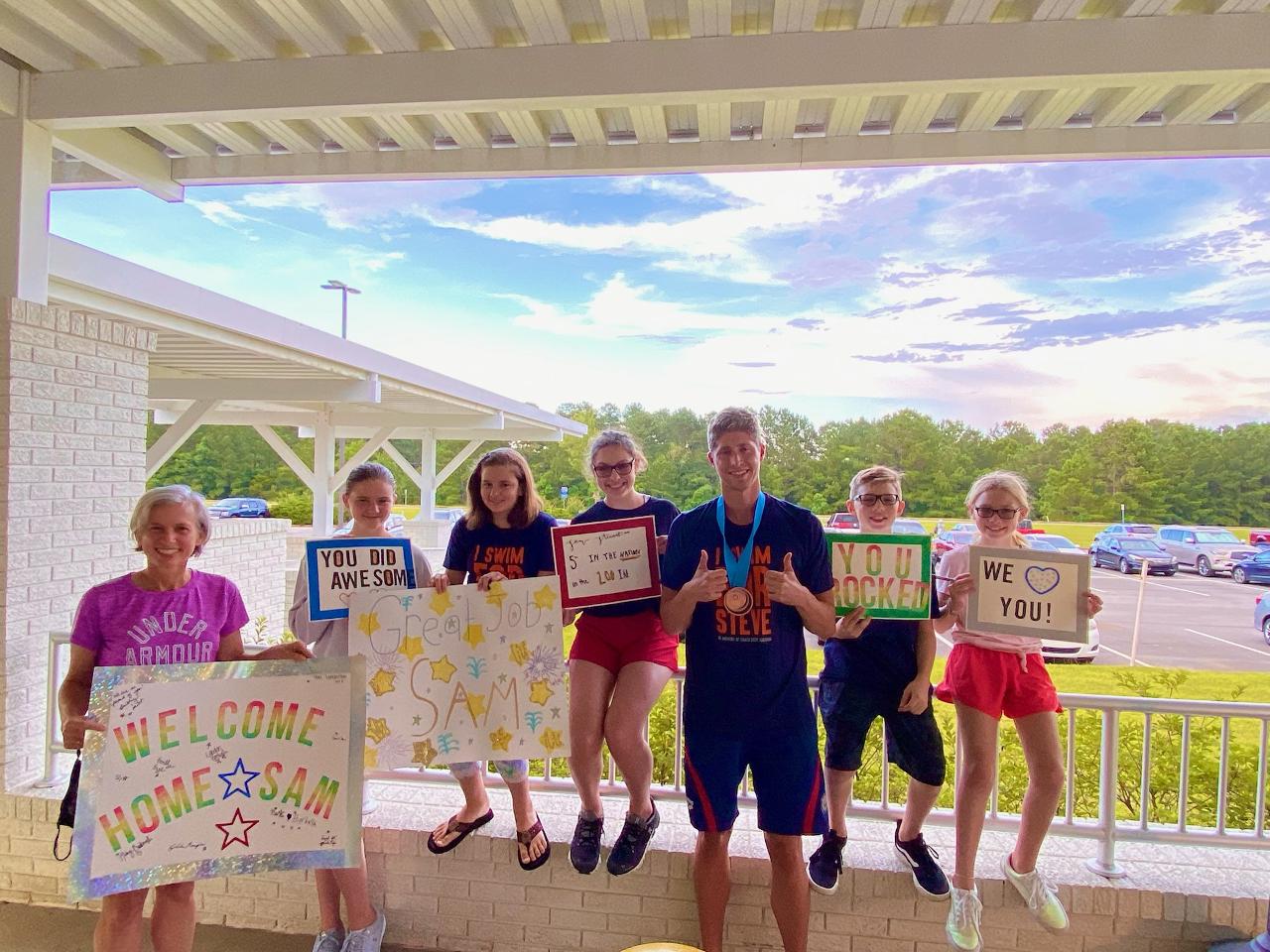 Last March 2020, Sam Stewart was on a roll. Spurred on by the recent death of his coach, Steve Panzram, he made swimming headlines when he swam a time in the 200 Individual Medley that ranked him 5th in the world. Then his world collapsed as the COVID-19 pandemic advanced. Pools and gyms closed. Training of any sort became difficult. Resistance training was limited to creative use of whatever equipment he had at home, and friends lent him space in their backyard pool. Most disconcerting, though, was the unknown status of the Olympic Trials and the Olympic Games.

Recently graduated from the University of Texas, Sam was uncertain of his future plans. He had thought about vet school, but was toying with the idea of becoming a physician, where he could put his passion for wellness and sport to a different use. As the summer dragged on, some facilities began to reopen, and he found space to train. However, the Olympic Trials and the Olympic Games were cancelled. Now what?

Sam had been swimming almost his whole life. He grew up watching his older brother swim, and he joined the swim team as soon as the coach would let him. After spending most of his formative years under Coaches Steve and Addy Panzram, he pursued college swimming, spending a year at Auburn University and finishing his career at the University of Texas. He made the US National Team in 2018 and earned a berth to swim at the World University Games in 2019. Swimming was his life and his identity.

Sam continued to train, mostly by himself. He made use of all the local pools because time and space in any of them was limited. The Olympic Trials and the Olympic Games were re-scheduled for 2021, and Sam was set to make one last push. Covid restrictions and protocols made training and swim meets difficult, but he persisted.

Sam made the trip to Omaha to swim in the trials, June 13-20. He made finals in his two best events, the 200 and 400 individual medleys, and he finished fifth, ahead of the current world record holder, Ryan Lochte, in the 200 individual medley. He also set new state records and personal bests in the 100 backstroke and 50 freestyle.

Sam represented the YMCA Hub Fins of Hattiesburg at the Olympic Trials because he wanted to honor the team and community where he grew up. His plans for the future are uncertain, but what is certain, is that he will continue to make waves in our community.