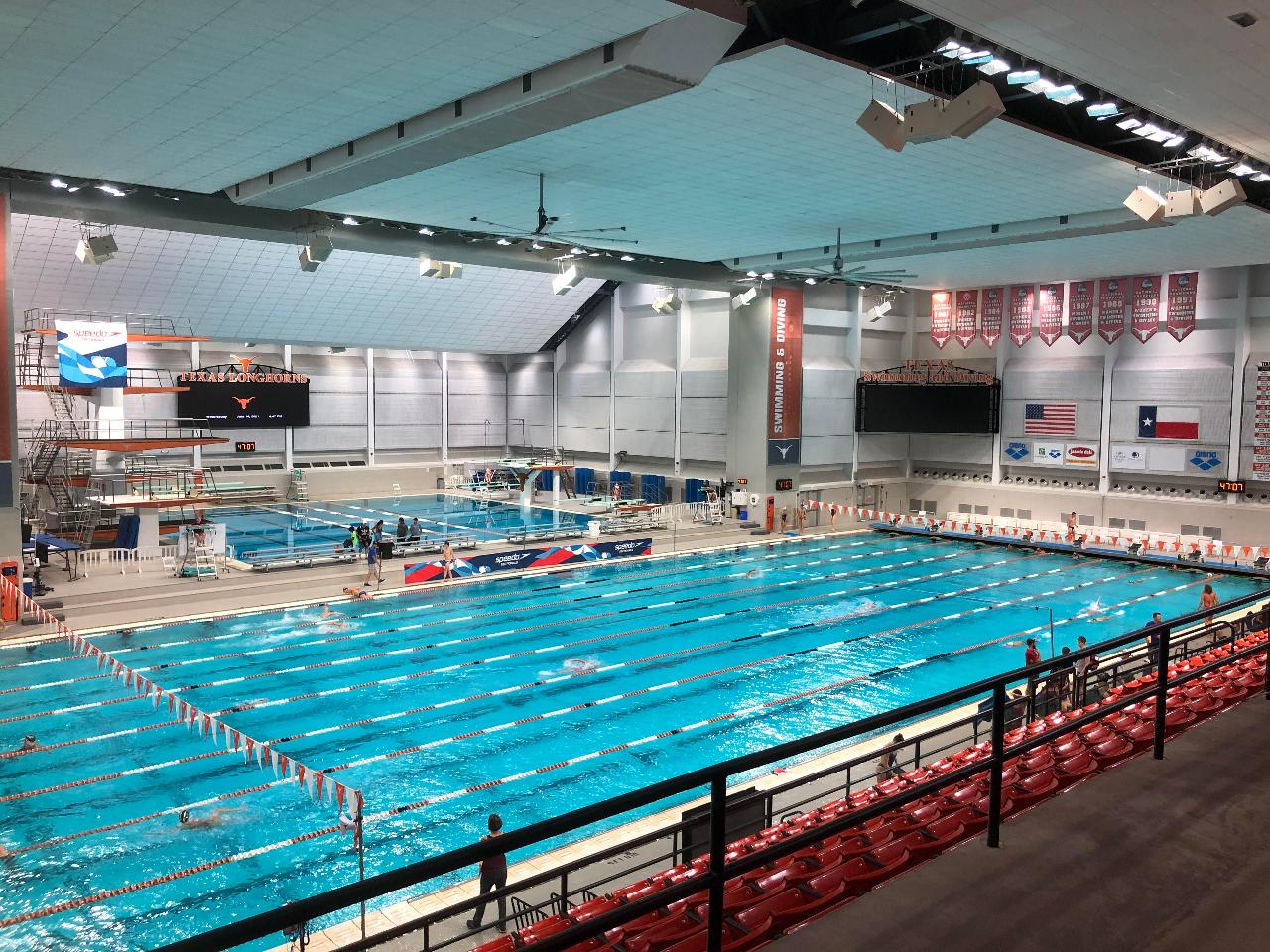 Four CAST athletes competed in the Speedo Senior Sectional meet at the gorgeous University of Texas pool in Austin. The meet was full of terrifically fast competition at one of the best venues in the country; to give a sense of the depth of the meet, less than 1 second separated 16th place from 45th place in the 100 meter freestyle on both the men and the women’s sides! Our swimmers did a terrific job racing, dropped time in 18 of their 20 swims, and moved up the team leaderboards in the process.

Logan Robillard headlined the meet for CAST, setting team records in the men’s 800 and 400 freestyles that he’s had his eyes on for a while, where he finished 14th and 23rd respectively. He also scored points and dropped time in the 1500 free (21st overall), and closed in on another team record in the 200 freestyle. Logan’s got a chance to own all the freestyle team records 200 and longer by the end of the summer!

This was Lance Mielke’s first senior level meet; he started things off with a bang, breaking the team record in the men’s 200 meter breast, where he would finish 22nd in finals. Lance dropped in all his races-over 6 seconds in the 200 IM, 4 seconds in the 100 breast, and 2 seconds in his 100 fly. Lance’s 100 breast is now the 10th fastest performance in team history!

Our youngest competitor Gabby Garasky swam a full slate of 6 events, and dropped in 5 of them. Her 100 free is now only ½ second off the team record, where she missed out on a second swim by two tenths of a second. Her 200 free and 400 free are also now top-10 performance marks. Gabby dropped over a half second in the 50 freestyle, becoming the 9th fastest girl in team history, and 2 seconds in the 100 back, where she’s now 6th!

Kathryn Gyde was a perfect 5 for 5 on best times, highlighted by her 27th place finish in the 100 breast where she dropped 3 seconds in prelims and another second in finals. Kathryn is now the 3rd fastest girl in team history for both the 100 and 200 breaststrokes! She also dropped good chunks of time in the 100 back (2 seconds), 200 IM (3 seconds), and 50 freestyle (½ second).

Gabby and Kathryn will have the chance to drop more time next week at the Futures meet in West Fargo, North Dakota, the highest level meet for our team this summer. Logan will be chasing more team records in Clovis at Senior Zones next week, while Lance will finish out his high school career at LC JO’s this weekend before heading off to swim for UPS in the fall. It was such a pleasure watching the hard work these four have put in come to fruition!