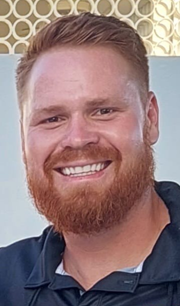 After conducting a national search, the Northern Kentucky Clippers have selected David Pursley as its new Head Coach to lead the organization and continue the tradition of swimming excellence into the future. David will be joining the organization on September 1.

Northern Kentucky is a coming home party for Coach David and his parents, MaryJo (Dressman) and Dennis Pursley, have long storied swimming careers in the area. David said, “I have long been a fan of Clippers Swimming. I couldn’t be more excited about the potential future. I have seen the passion for swimming in Northern Kentucky and know the community has always had, and deserves, an elite level program. I truly believe our future is limitless. I look forward to working closely with all the staff and groups and can’t wait to become a part of the Clippers family. I look forward to bringing new ideas and training techniques to the program which will elevate the team to epic new levels!”

“I am excited to see where Coach David will take our team,” Dr. Tom Smith, Board President said. “Based upon his past coaching accomplishments, I think he will continue to lead the Clippers on the upward performance path we have established.”

David will be bringing with him experience at every level from learn to swim, club championships, NCAA championships, to international medals. He has been around the globe and knows the best swimming on earth belongs in Northern Kentucky.