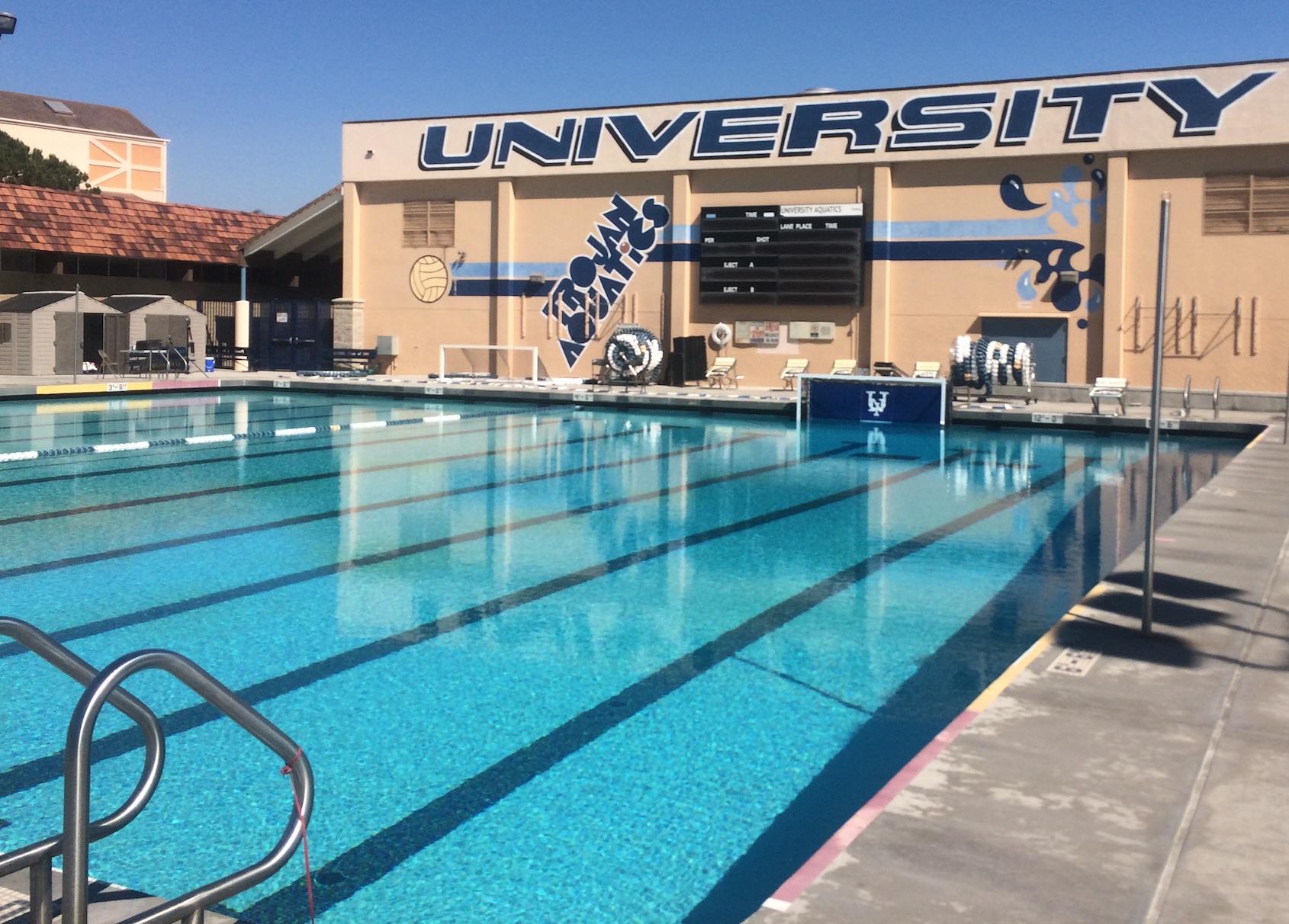 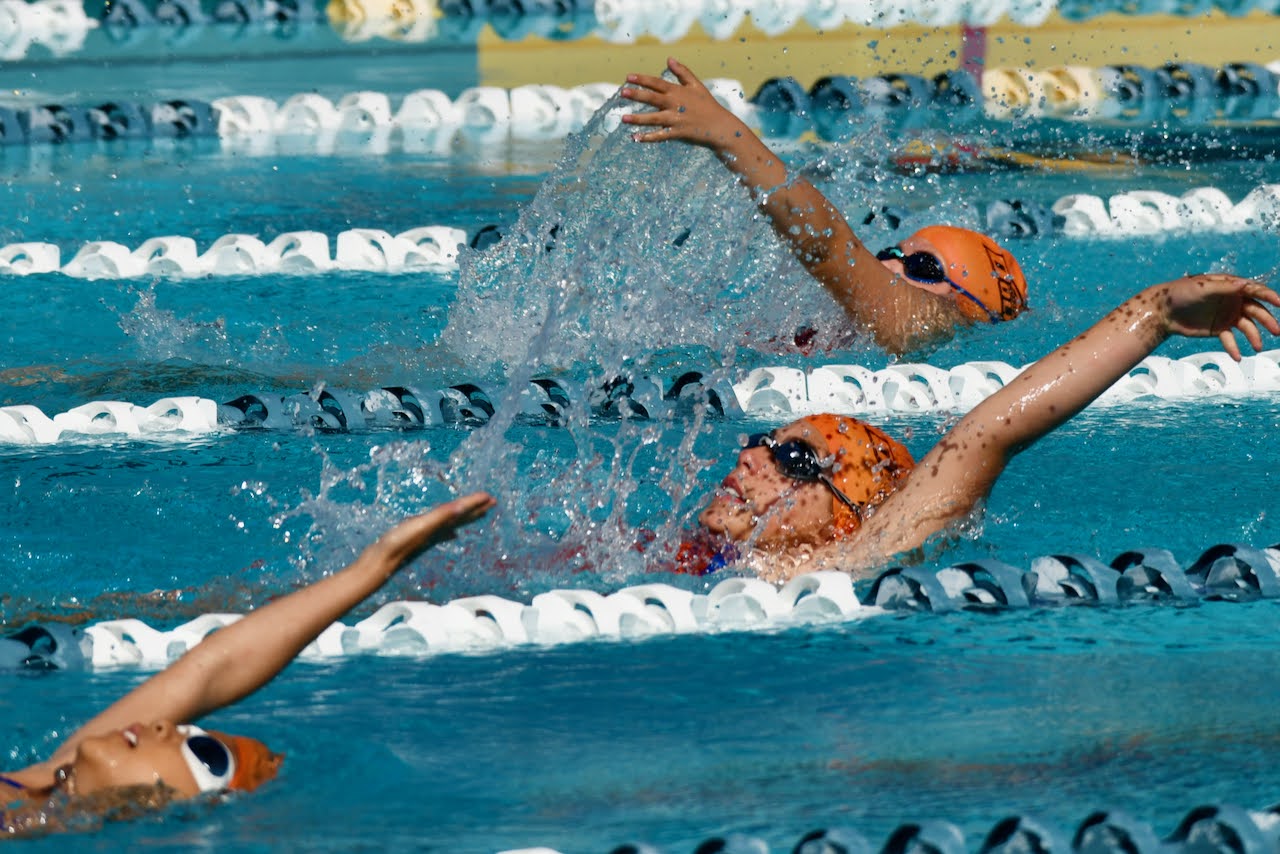 At the second stop of the Dolphins’ historic road trip, we saw the much-anticipated contest between speedy fish and speedy marine mammals. The Dolphins acquitted themselves honorably in the fin-ish confrontation, swimming with vigor and poise. In addition to the swimming, it’s worth celebrating the exemplary sportsmanship Dolphins demonstrated, extending a friendly fin to their competitors after a tight finish. The Dolphin coaching core also deserves kudos for preparing the team and moving the meet along.

It was a tough day for time improvements. After competing at Uni High, and then at Woollett, this was the Dolphins’ first meet in a community pool. As the day went on and the sun came out, Dolphins had to battle fatigue and ennui to continue their exemplary performances. Despite it all, there were many exceptional swims and exciting races.

The meet opened with the youngest Dolphins staging an impressive win in the 6 and under 100 yard Medley Relay. Reese, Noah, Mason, and Katherine made their coaches proud, and showed why we have every reason to be very optimistic about the Dolphin future. Dolphin Medley Relay teams also claimed victory in the 9-10 (Guilherme, Gia, Elle, and Linkan) and 11-12 (Beckham, Carmina, Kyle, and Kynsley) divisions. Later in the meet, when the sun was high, Dolphins staged jaw-dropping performances in the fast freestyle events. Reese Yasinski prevailed in a supertight race to the wall in the 6 and under 25 Free, and then Elle Zitzman posted an impressive time improvement and a qualifying time in the 9-10 50 Free. Carmina Blanco Tossetto and Micah Boubot took the top slots in the 11-12 50 Free. And, just as attention might be slipping, Holden LeVine stunned the crowd by swimming Butterfly in the 13-14 50 Free race—and winning.

We are now further along the road to Champs on August 13. Dolphin swimmers have only the Pentathalon and the final dual meet, at College Park, to post new qualifying times. But remember, every Dolphin gets to swim in at least one event at Championships, whether they’ve already posted a qualifying time or not. The coaches will be working to develop the team’s technique and tenacity to prepare for the capstone to this amazing season.